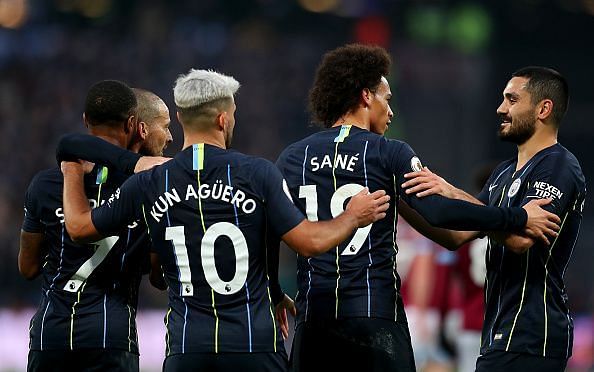 Goals from David Silva, Raheem Sterling and a Leroy Sané brace were more than enough for Pep Guardiola’s side to seal all three points. It was a commanding display, despite the hosts creating some promising opportunities to get back in the game themselves.

The gap between themselves and Liverpool remains two points atop the Premier League, as the Redsran out 3-0 winners over Watford – but with a difficult month of fixtures to come, this morale-boosting victory stands them in good stead going forward. 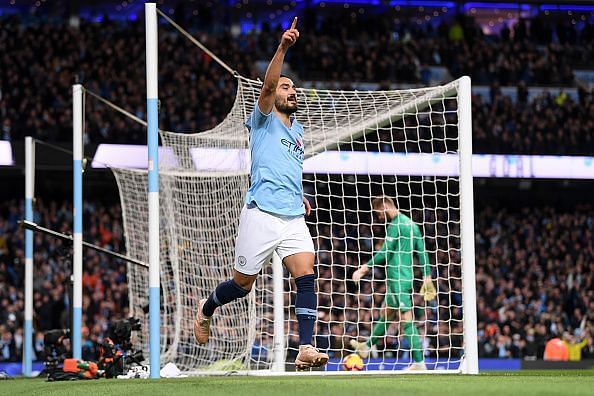 In a team packed full of stars across the pitch, it’s often difficult for a few to earn their opportunity centre-stage. Ilkay Gundogan, despite showing flashes of his individual brilliance, hasn’t particularly kicked on since his move from Borussia Dortmund two seasons ago.

After a memorable display off the substitutes’ bench against Manchester United last time out, Pep rewarded him with a start on this occasion alongside Fernandinho and David Silva.

While both players mentioned were solid, the silky German was uninspiring. He had 56 touches – the least of any City defender or midfielder, while his passing accuracy and overall distribution was arguably the worst, alongside right-back Kyle Walker. 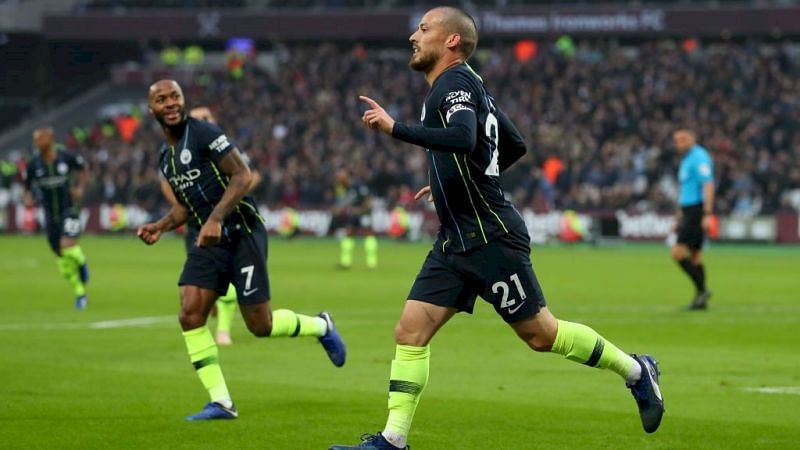 While Silva displayed his class as usual, Gundogan delivered an uninspiring display

He created a key pass, but two unsuccessful touches and a singular interception – no other defensive interventions – meant it wasn’t surprising to see him replaced with just over 20 minutes to play.

Naturally, he would have been disappointed as Phil Foden came on in his place, but it was an opportunity to assert himself in Pep’s starting plans. He didn’t do enough to prove why here. 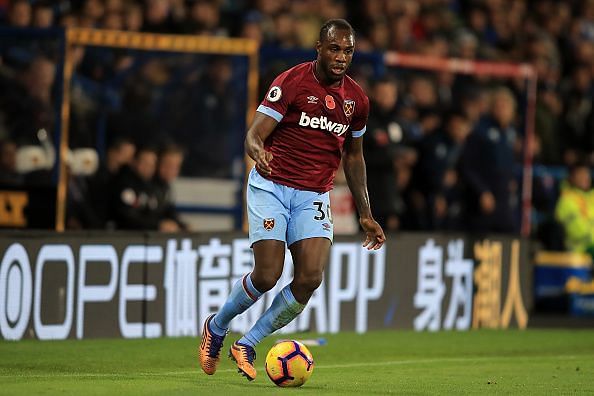 He should have scored, but Michail Antonio was West Ham’s best performer on a forgettable afternoon and for that, deserves a place in this list.

Having worked tirelessly to harass both Fabian Delph and Kyle Walker, Antonio was unfortunate not to have an assist to his name – but for the hosts’ lack of a clinical edge when it mattered most. He too was guilty of that, striking straight at Ederson in the first-half before hitting the post after the interval.

With all the time possible to pick his spot and curl it beyond an onrushing Ederson, he lacked the finishing touch desperately needed to help his side back into the game.

Antonio won four aerial duels, created three key passes, completed two tackles and even hit the post once. His direct running, power and determination to get forward were a constant nuisance to City’s backline. The same could not be said for either Marko Arnautovic nor Felipe Anderson, who despite their ability, both flickered in and out of the game as it progressed. 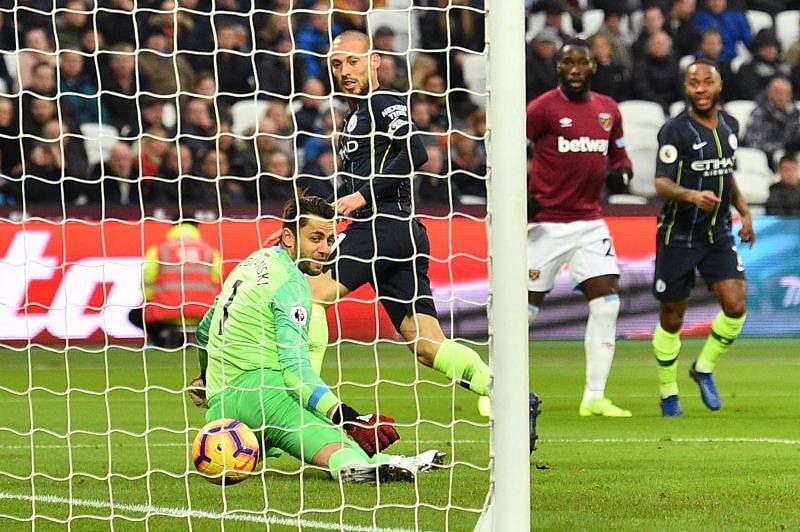 He was at fault for Sterling’s goal, allowing him an opportunity to run across him inside the box and tap home from close-range after Sane fizzed a devilish cross towards them.

For a fullback, he seemed to abandon even the simplest of defensive responsibilities – remaining tight to his marker and making it difficult to create chances down his side of the pitch.

Caught ball-watching, he was soon clearly targeted by City’s attackers as the hosts’ weak link throughout the first-half. Things only worsened as time passed because he was lacking confidence in possession and relinquished it whenever on the ball.

He was unsurprisingly replaced for a more defensively astute Aaron Cresswell at the interval, who had to pick up the pieces with West Ham already 3-0 down before the second-half began. 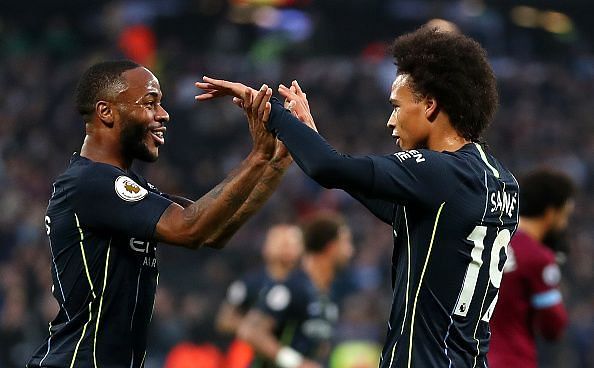 Sterling made no mistake from close-range to score his 7th goal of the Premier League campaign – while creating an assist for Sane too. He showcased his eye for a pass and crucially displayed patience in the final third, not rushing as much with his decision-making in possession.

Replaced with an eye on their Champions League clash against Lyon in midweek, he did well and justified why he continues improving among other top players in the final third.

Two key passes, 82.5% pass accuracy and having not completed a dribble despite taking 50 touches displayed his efficiency while running Masuaku ragged in a chance-heavy first-half. 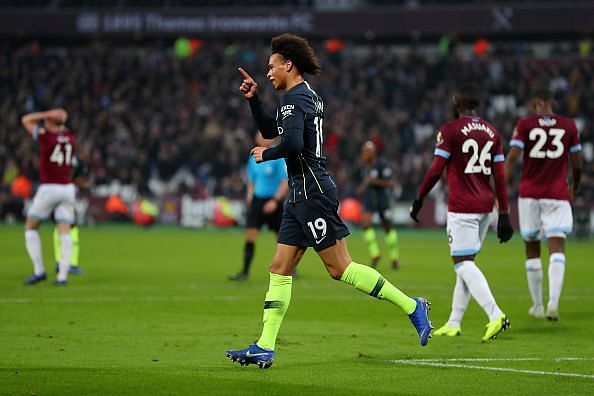 The German international linked up well alongside Raheem Sterling and David Silva in attacking areas, displaying patient build-up as the visitors passed their way into danger zones with seeming ease. At times, West Ham defenders just couldn’t get near them and his adventurous runs into the box proved too much for Pablo Zabaleta to deal with.

He showed his unselfishness and good decision-making too, which has sometimes been criticised in the past. If not for heavy touches, passes and more fortune during the latter stages of the in the second half, he would have created even more goals!

Three key passes, 84.6% pass accuracy (52 passes), five dribbles completed, an assist and well-taken brace – all in a good day’s work for the talented German forward, who has stepped up after a sluggish start to the campaign.