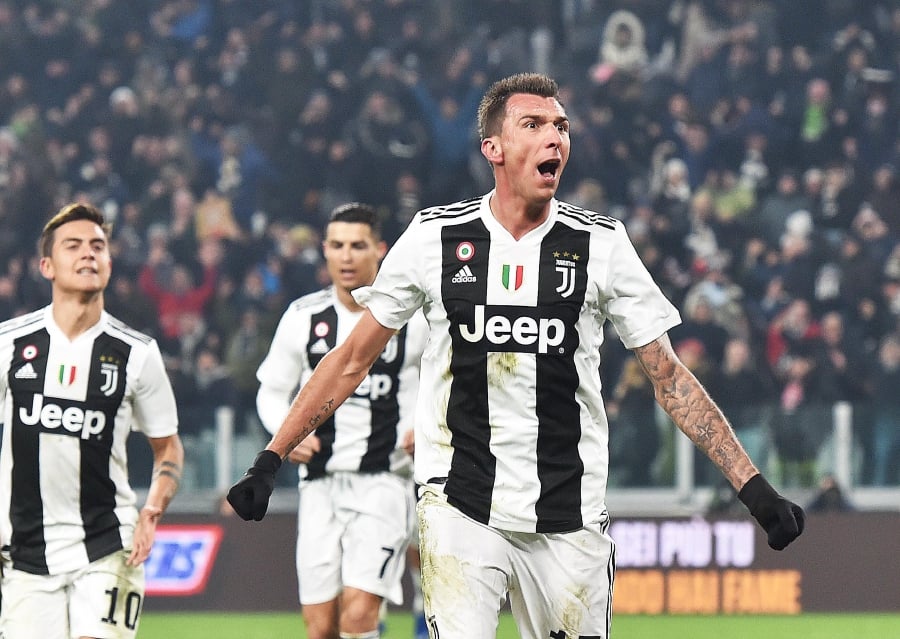 Mario Mandzukic’s eighth goal of the campaign proved enough to secure an important three points on a record-equaling evening against a tricky Inter side in this season’s maiden Derby D’Italia.

It was Joao Cancelo’s searching ball towards the far post that created the Croatian’s chance – but he still had work to do.

Intelligent enough to leave former teammate Kwadwo Asamoah ball-watching near the far post, he headed home and broke the deadlock in the second-half.

The Old Lady held firm defensively and frustrated their rivals to secure an important victory – equaling the best ever start by a team after the first 15 games of a season in Europe’s top five leagues.

Visitors made to pay for chances missed

Inter themselves could’ve easily earned a lead of their own before the break after Roberto Gagliardini struck the post after a well-worked move. Just a minute later, winger Ivan Perisic saw his effort flash wide – it was precisely the warning Juve needed.

The game was end-to-end and in the first-half, Allegri’s men started brightly. Paulo Dybala came close on two occasions – once with a glancing header from Cristiano Ronaldo’s excellent delivery, before forcing Samir Handanovic into a save from distance with a powerful effort.

Chiellini displays his class once again

Ronaldo and midfielder Blaise Matuidi combined well in-and-around the final third, as the hosts went in search of an opener. However, they might have found themselves behind if not for the woodwork – as well as excellent defending from captain Giorgio Chiellini.

He made an important interception to thwart Mauro Icardi from taking a free header at goal, after Perisic’ excellent touch and delivery had to be dealt with. The 34-year-old continues to showcase why he’s still one of the world’s best defenders. Here was no different – he engulfed Mauro Icardi and left the Argentine visibly frustrated throughout. 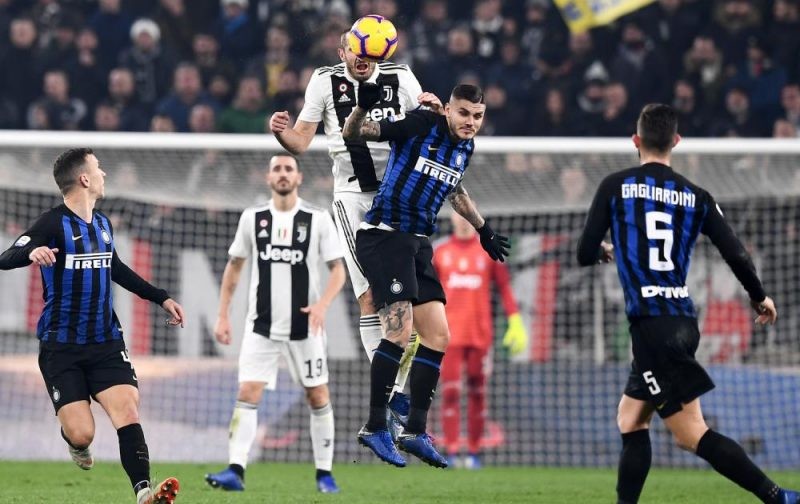 Brozovic and Vrsaljko impressive, others not so for visitors

Marcelo Brozovic made an important block, denying Rodrigo Bentancur’s goalbound effort as Handanovic was forced into more saves – headers from Mandzukic and Chiellini before the interval.

Matteo Politano squandered a half-chance early in the second-half as Inter continued in their pursuit of an opener. Borja Valero replaced the energetic winger just prior to the hour mark, as Spalletti looked for more creativity in midfield to unlock Juve’s backline.

However, it was the visitors who were breached. The dependable figure of Mandzukic arrived to break the deadlock, though it just had to be Asamoah’s sloppy marking that was ruthlessly punished.

Keita Balde Diao and later on, Lautaro Martinez were introduced into the fray as time wore on, but their efforts were futile. The latter created two promising half-chances but squandered both, with Juve excellent at holding onto slender leads clearly frustrating their rivals on this occasion.

Emre Can made his return from a thyroid problem to feature during the last ten minutes, as Allegri shored up his side defensively and they used all their guile to squeeze out a hard-fought win.

What does the result mean?

Inter focus their energies towards a crunch Group B clash in the Champions League on Tuesday evening, with Eredivisie leaders PSV Eindhoven up next. They must to better Tottenham’s result away against Barcelona to qualify for the knockout rounds in 2019.

Juve meanwhile, can top Group H with an away victory over Young Boys in Switzerland on Wednesday.