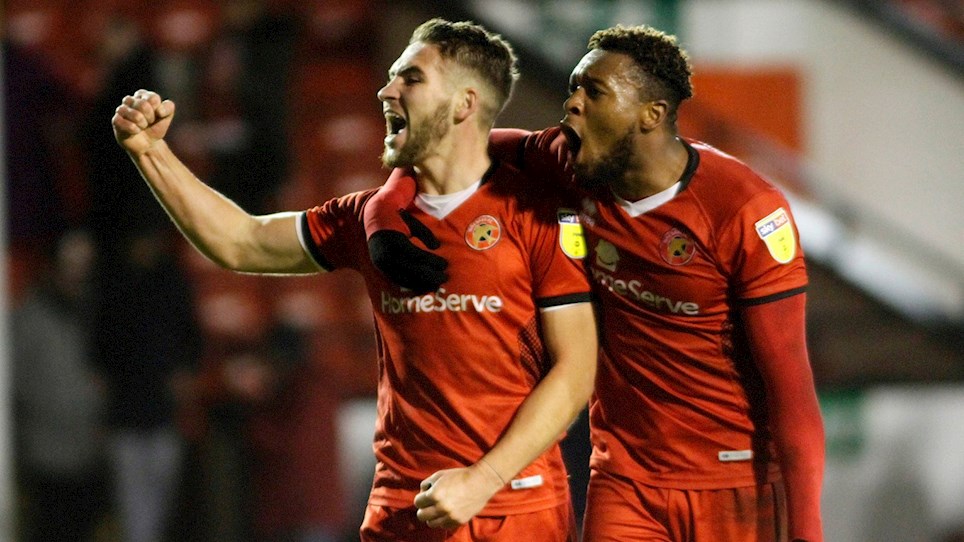 Two stoppage-time goals completely changed the complexity during an otherwise frustrating collective display from Walsall on Saturday. It was evidenced by matchwinner Leahy’s comments post-match, admitting Coventry were the better side in their last-gasp 2-1 win. However, the result said more about their resilience – leapfrogging Saturday’s opponents into the top half.

Leahy netted a quick-fire brace, including one from the spot, against his boyhood club. However, the versatile fullback wasn’t exactly a standout performer before that.

The Man of the Match accolade was already announced and unsurprisingly, went the way of goalkeeper Liam Roberts. The 24-year-old kept his side in the game at 1-0 with a string of important saves, particularly from Jordan Shipley and Luke Thomas.

If not for some lax marking inside the box during the first-half, he’d have deservedly earned his fifth clean sheet of the campaign. 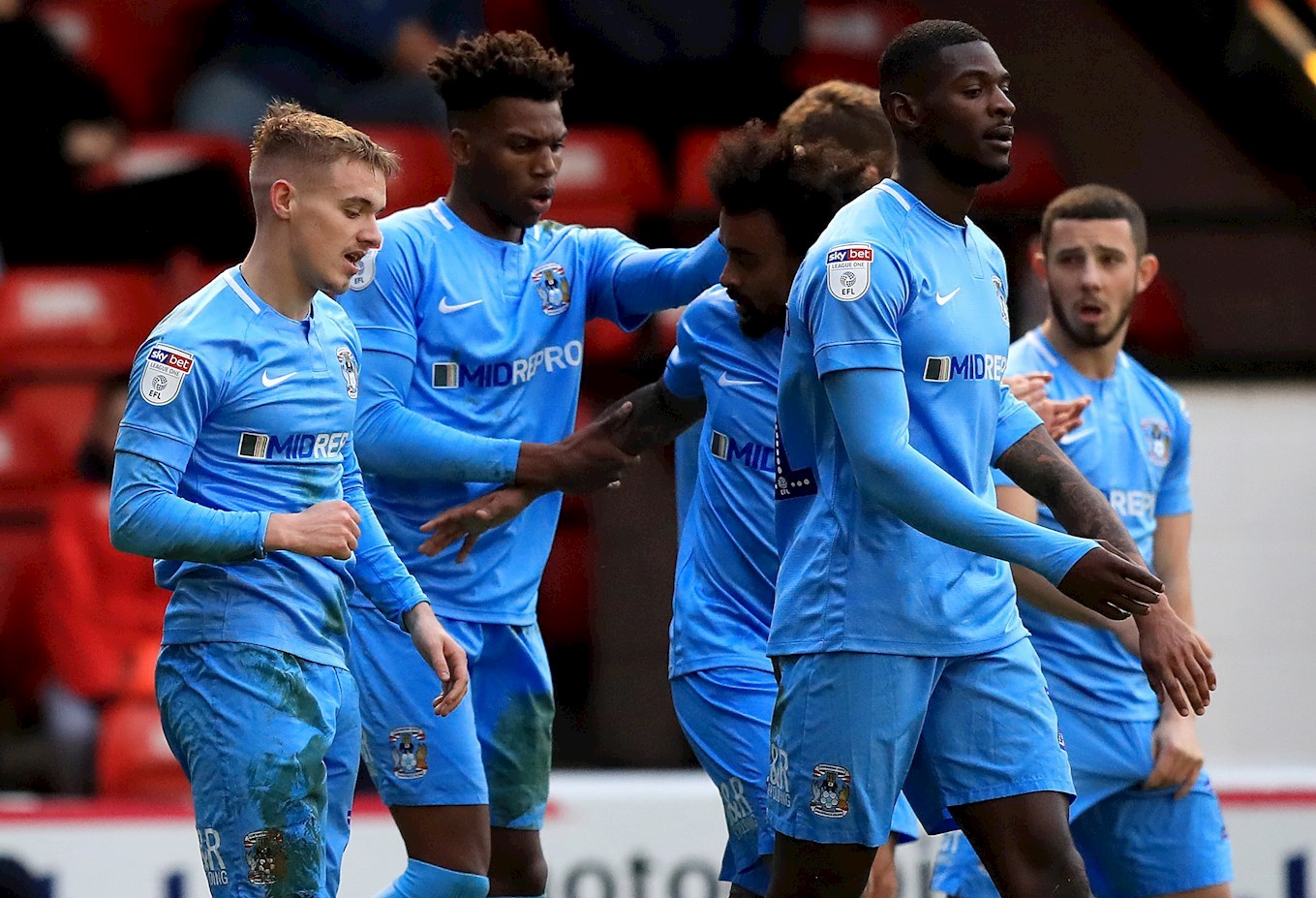 Sterling and Brown (second left and centre) celebrate Thomas’ well-taken opener – in a game they deserved to win.

Isaiah Osbourne worked tirelessly in midfield without any real reward, though he was unlucky to be booked after a strong but firm challenge was deemed overzealous by referee David Coote. He typified the type of urgency and desire with which fans were expecting from kick-off but was only seen in brief flashes as Coventry pressed high and forced continuous mistakes.

Morgan Ferrier’s duels with a returning Dujon Sterling on the flank were intriguing to watch, though an inspired double substitution and formation change proved pivotal.

Zeli Ismail and Josh Ginnelly were impressive during a 20-minute cameo – where they combined pace and purpose to help create more chances and stretch the game with time ticking down.

You could tell the winger was previously on the books at Premier League side Burnley, as he tested Sterling with more vigor and free-flowing quality than Ferrier could.

Constantly looking to get on the ball, his dangerous set-piece deliveries were on display too. On another day, he could’ve had an assist or too.

Walsall’s best defender was Jon Guthrie. He made a number of key defensive interventions to help relieve pressure on their goal, as Coventry threatened with worrying ease at times.

Comfortable in possession, he very much did the dirty work and quietly too – making interceptions, headed clearances and necessary blocks to keep Thomas, Shipley and Tom Bayliss at bay. Overall, it was a memorable victory but a performance they must improve upon if they want to establish consistency ahead with tougher fixtures to come.