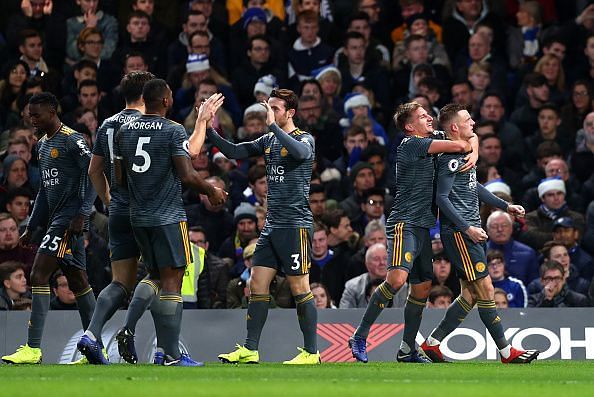 Leicester inflicted Chelsea’s first Premier League defeat of the campaign in the pair’s last game before Christmas, but which players struggled while others impressed in west London?

The Foxes rode their luck at times but collectively worked hard and deserved a result from the game, though Maurizio Sarri’s side created promising goalscoring opportunities and were unfortunate not to score.

Eden Hazard hit the crossbar after the half-hour mark, Kasper Schmeichel made a few important saves while Antonio Rudiger headed narrowly wide and Marcos Alonso hit the post in stoppage-time. Ultimately, it just wasn’t their day. The result means the Blues are now 11 points behind leaders Liverpool at Christmas, while Leicester have leapfrogged a handful of teams into the top-half – they now sit 9th.

With all of that in mind, here’s a look at who struggled while others impressed in west London: 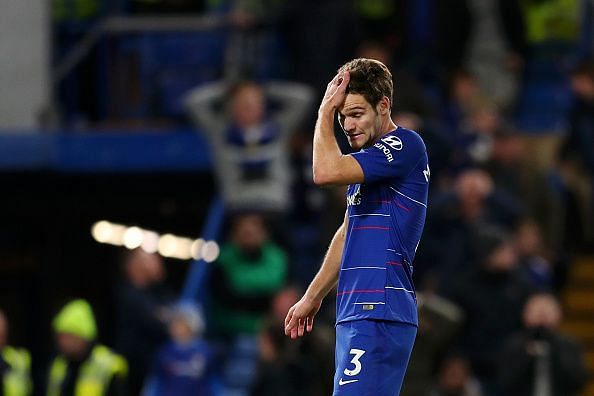 Alonso endured another forgettable display here, especially after hitting the post in stoppage-time

Criticism has been directed in Marcos Alonso’s direction in recent months, and rightly so. Although his creative abilities are not a question, his defensive qualities are – which leave him exposed when he does venture forward regularly, or finds himself in precarious situations against opposition attackers who are aware of his deficiencies at the back.

As such, Maurizio Sarri has been keen to see the experienced Spaniard take more care defensively and not go on so many adventurous runs in the final third, particularly against better opposition.

He made a joint-high three tackles, two interceptions, one clearance and committed a foul too – but didn’t appear particularly comfortable playing so defensively-minded. Struggling to get involved in Chelsea’s play as the match wore on, it became increasingly evident with the hosts edging ever closer to snatching a late equaliser.

Even after all their chances, Alonso himself should have converted in stoppage-time – but saw his one-on-one effort cannon off the post. 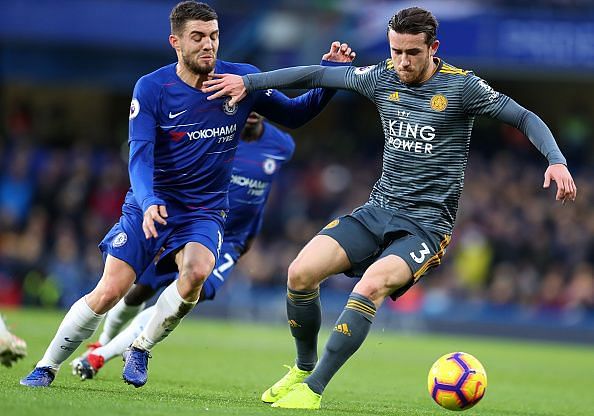 It was an excellent display by the fullback, who celebrated his 22nd birthday on Friday.

Just like his teammate on the opposite flank, he worked tirelessly throughout and to Chelsea’s surprise, refused to tire either. His blistering dribbles forward relieved pressure on the visitors’ backline whenever Chelsea threatened, while he was defensively solid and kept Eden Hazard relatively muted.

He won a game-high five aerial duels, completed two tackles, three interceptions and was fouled on three occasions. His passing accuracy (56.7%) was surprisingly low, though that’s understandable given he completed a range of more risky passes here – needed to, against a Chelsea side eager to pounce on any mistakes or obvious tendencies.

2018 is the year he made his senior England debut under Gareth Southgate and performances like these are proof that his selection is thoroughly deserved. Composed in possession and defensively assertive, he continues to develop with more minutes under his belt. 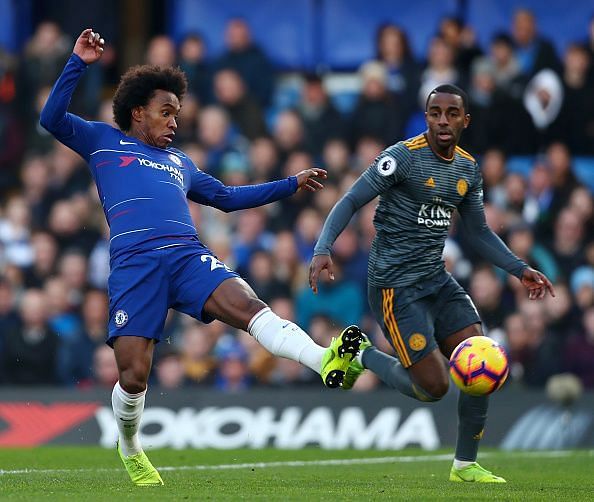 He saw plenty of the ball in the first-half, but failed to take full advantage of the opportunities presented to him. His attempted crosses were regularly inaccurate and disappointing, which set the tone as Chelsea failed to make their first-half dominance pay with goals.

At 30-years-old, he’s one of the club’s more experienced players – yet so inconsistent that you can understand fans’ impatience at his displays.

Ever since the 2015/16 campaign, the Brazilian winger hasn’t been the same. Faded as the match continued, which saw him unsurprisingly replaced on the hour mark – for Ruben Loftus-Cheek, who probably should’ve started. 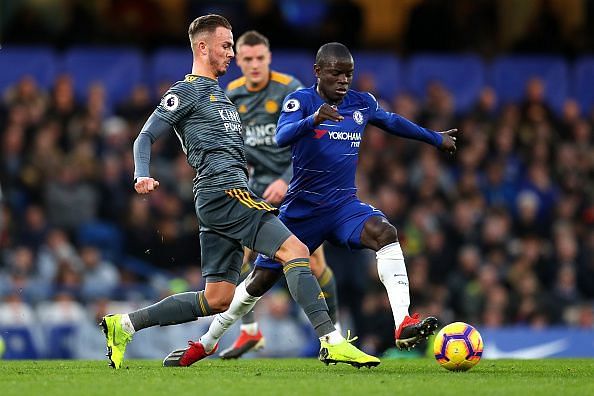 Simply fantastic. Was given more defensive responsibilities than usual, which isn’t a surprise given they were playing Chelsea – not Cardiff – but he embraced them and was still able to showcase his creative quality in abundance.

His four tackles was only bettered by one player across both teams, he committed two fouls but they were necessary and subtle enough not to warrant a booking.

He had 46 touches and with them, managed to be the key link between midfield and attack – driving forward, creating chances where possible. His four key passes were also a game-high, while his overall accuracy (65.2%) wasn’t, he sure made up for it.

Fouled on three occasions, he proved a handful for Chelsea’s midfield to contend with: particularly Jorginho and N’Golo Kanté, as his intelligent movement kept them constantly on their toes. His assist for Vardy was an excellent through ball, leaving the forward enough space and time to strike goalwards, leaving Kepa helpless. 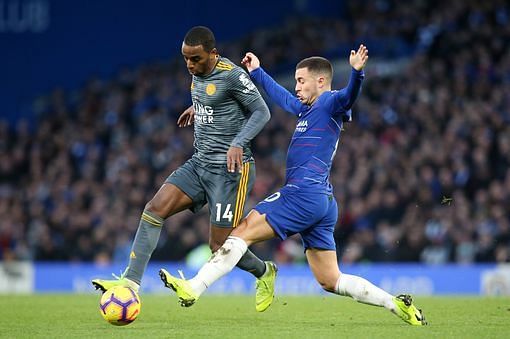 After running wild with superlatives to describe Maddison’s performance, who possibly could have done more than the 22-year-old? Leicester’s creator-in-chief was arguably bettered by one Ricardo Pereira, who delivered one of his best displays since a £17.5m summer move from Porto.

He was excellent defensively, something you don’t tend to associate with a flying fullback like him. Constantly looking to snuff out Chelsea attacks, he remained defensive aware and relished the challenge of going up against the Blues’ best – regularly coming out on top.

Chilwell was impressive down the left-hand side but Pereira did even better when called upon and also played an influential part during the build-up to Vardy’s goal, venturing forward with purpose before looking up and feeding Maddison in midfield.

His match statistics don’t lie either. A game-high six tackles, five interceptions, 11 CLEARANCES and blocked shot – as well as the pre-assist for Vardy’s opener. A busy evening’s work, one he relished. The real question is, can he remain consistent with the tricky Christmas schedule to look forward to?