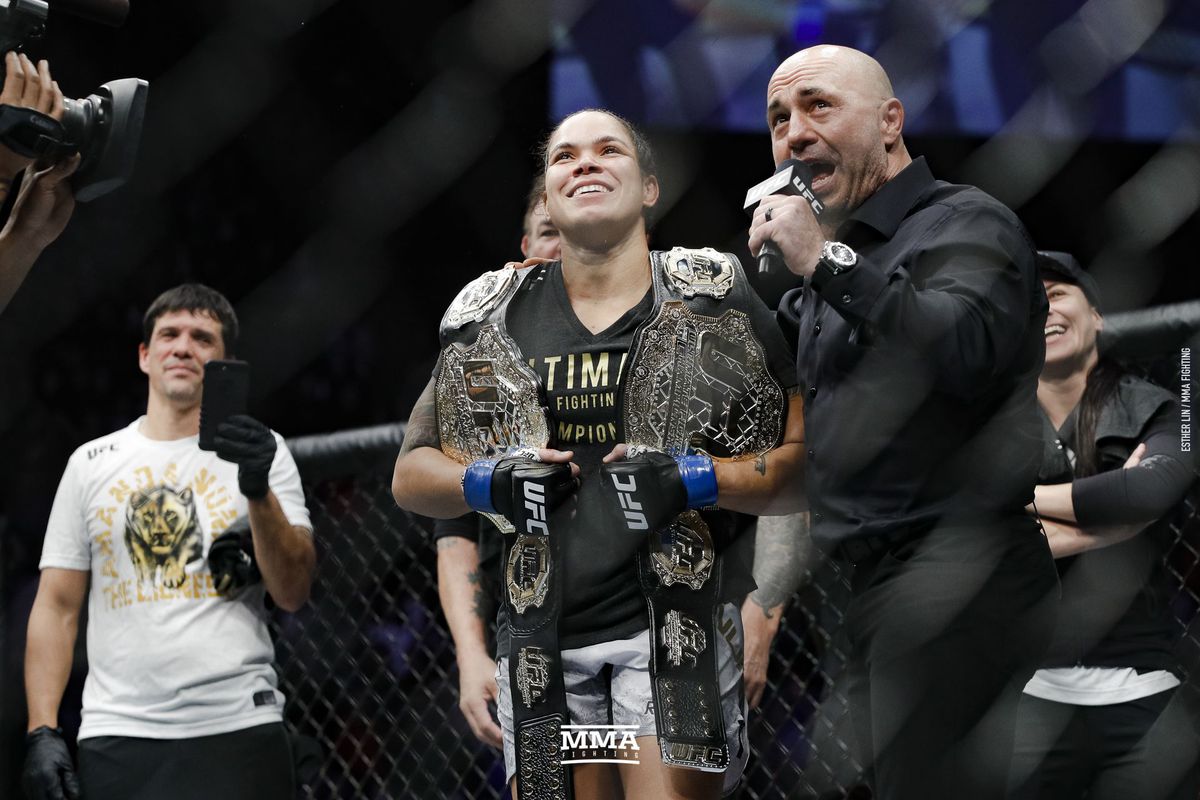 In one of the most highly-anticipated fights in UFC history, bantamweight champion Amanda Nunes knocked out dominant featherweight Cris “Cyborg” Justino with an overhand right after just 51 seconds in their co-main event clash in California – becoming the first female fighter to hold UFC titles in multiple weight classes.

The unthinkable happened. Amanda Nunes stunned the dominant Cyborg and left her in a heap on the canvas after just 51 seconds – cementing her status among the sport’s best of all-time while doing so.

Cyborg, whose dominant displays in the Octagon saw many potential opponents repeatedly dodge her, certainly underestimated her compatriot on this occasion.

It’s understandable to a degree, Cyborg’s the bigger fighter and not the one who had a weight class change, so was heavily favoured going into this one. Joe Rogan and his co-commentators suggested it’d take a few rounds, at least, for Nunes to assert herself against a fearsome adversary. Scarily powerful herself, she certainly didn’t need them.

They didn’t mess around, the pair of them. Straight from the first bell, as opposed to tactically sussing one another, they went to box and lunge forward at each other.

Engaging in a stand-up battle, both were caught with powerful strikes that connected but Nunes took advantage as Cyborg was stunned by a right-hand seconds after being knocked off-balance by a fierce leg kick. Another overhand right followed, a crushing blow which saw the crowd erupt – rightly so. 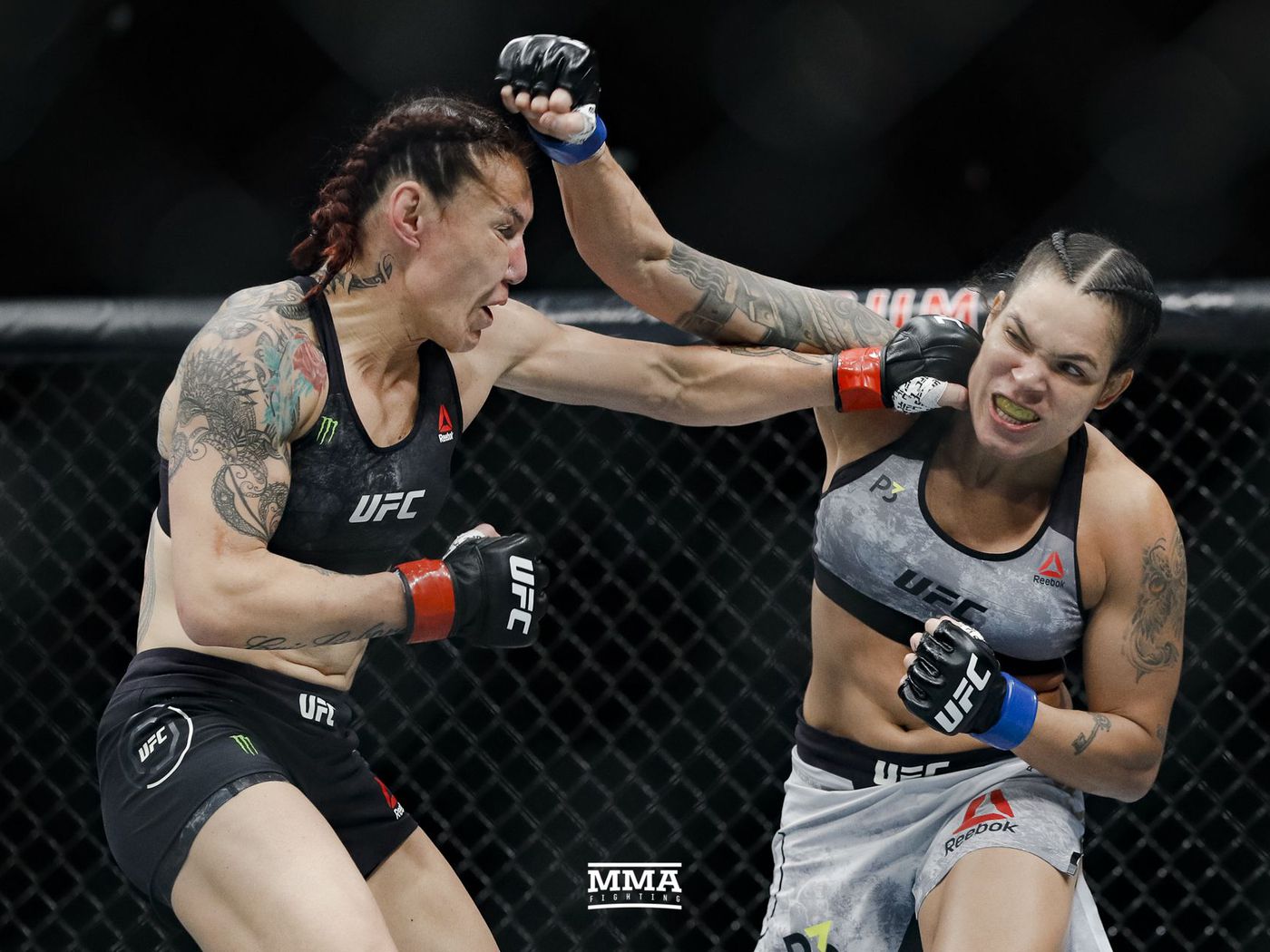 Post-fight, Nunes said: “Nothing was going to stop me from what I wanted to do tonight. When she connected with a couple of punches, I just said, ‘I’m going to walk right through her.'”

UFC president Dana White stated his belief that the GOAT debate is over after Saturday’s emphatic result.

It was Justino’s first defeat since her professional debut in May 2005. The 33-year-old has one fight remaining on her existing UFC contract and discussed the possibility of transitioning into boxing.

“Today was not my day. I lost, it happens in the fight game. It’s not the first time and isn’t going to be the last. Of course I’m not happy, I had my heart broken. But I didn’t cry and I’m not going to, because I did everything [I could]. Today was Amanda’s day.”

Nunes: “Cris is a great fighter – nothing but respect. It was an awesome opportunity to share the octagon with her, I’m very thankful to her for this. I’m the new ‘champ champ.’ I said that before, and now I’m just achieving this dream.”

Nunes’ 17-4 MMA record is not one to be sniffed at, after all, her only UFC defeat was by Cat Zingano in September 2014. Since then, she’s won seven successive fights including two wins over Valentina Shevchenko, beating Miesha Tate for bantamweight glory and ending Ronda Rousey’s MMA career in emphatic style this time two years ago today.

Cyborg is notorious for bullying her opponents and knocking them out in devastating fashion. 20 consecutive wins, 17 of them by knockout before tonight, she had already earned 10 first-round finishes during an illustrious career to date – but failed to make it eleven.