Goals from Sergio Aguero and Leroy Sane saw Manchester City end Liverpool’s unbeaten start to the Premier League campaign, with a hard-fought 2-1 win on Thursday evening. What were five key takeaways as Pep’s side closed the gap on the leaders?

#5 Vincent Kompany’s still got it

Kompany delivered a real captain’s performance, excelling when called upon

Vincent Kompany’s troublesome injury issues have plagued him long before this season began, yet you just knew the imposing Belgian was always going to feature here if fit. He’s City captain, relishes the big-game occasions and continues to prove his worth whenever called upon. Thursday was no different.

Questions were asked after he was booked for a lunging challenge to dispossess Mohamed Salah in the first-half. On another day, he might’ve been sent straight off. With no malicious intent, he was fully aware and would do the same again.

However, even on a booking against one of the world’s most feared attacks, Kompany was unfazed. He showed the discipline, game-management and leadership that his teammates needed to accompany them through tricky patches in an action-packed game.

At 32-years-old, especially given his muscular tendencies, it’s difficult to gauge how long Vincent will be playing at the highest level. Performances like these reiterate no matter how much he’s sidelined, it only further fuels his desire to perform. 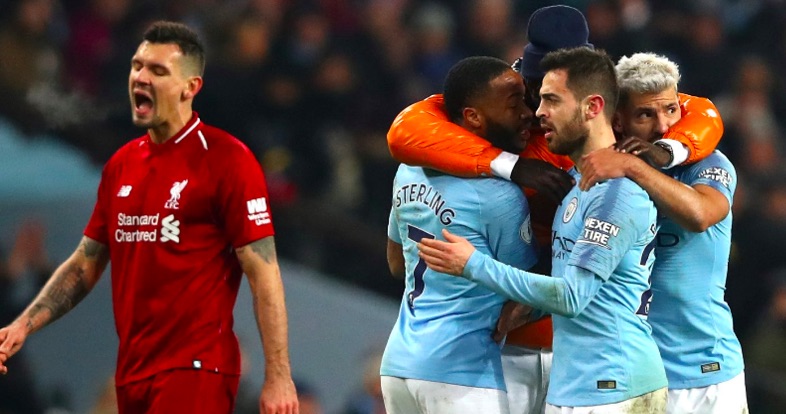 If you didn’t watch this game and instead read or saw the post-match reaction from frustrated Liverpool fans, you’d think Dejan Lovren delivered the worst performance in recent memory.

While the Croatian was poor, it wasn’t helped by City’s relentless pressing tactic from minute one and an early booking – which didn’t help settle his big-game nerves. Van Dijk, who himself could’ve been playing in blue on the opposite side, was imposing and comfortable as usual, but it’s increasingly clear that the centre-back pairing doesn’t work without Joe Gomez.

They seemed out of sync; van Dijk unsure of whether or not to press, if Lovren would hold his position and mark tightly or not. Sergio Aguero’s goal was an excellent finish from a tight angle, but Dejan’s involvement was glaring – leaving space for the Argentine to jink beyond him and strike was asking for punishment.

His decision-making was questionable at best while passing left a lot to be desired, emphasised after swinging a wasteful long ball towards the box in stoppage-time. However, none of this was helped by his more advanced teammates.

In a midfield trio of Henderson-Milner-Wijnaldum, they were all disappointing for different reasons and indirectly contributed to City’s success.

Milner worked tirelessly as he usually does, but struggled to grab a foothold in the game. His passing was disappointing and he didn’t get too involved defensively. Captain Henderson meanwhile, was more involved defensively but still didn’t look comfortable until it was too late. Fabinho’s introduction meant he had a defensive partner in the trio, though neither was able to replicate Fernandinho’s effectiveness.

As for Wijnaldum, he was swamped by a buzzing City midfield. Not afforded the type of time nor space weaker sides give him in possession, he was regularly forced into making mistakes or playing safe to avoid relinquishing the ball. Not good enough. So with that in mind, why are we not criticising Liverpool’s mediocre midfield? Lovren’s an easy target. 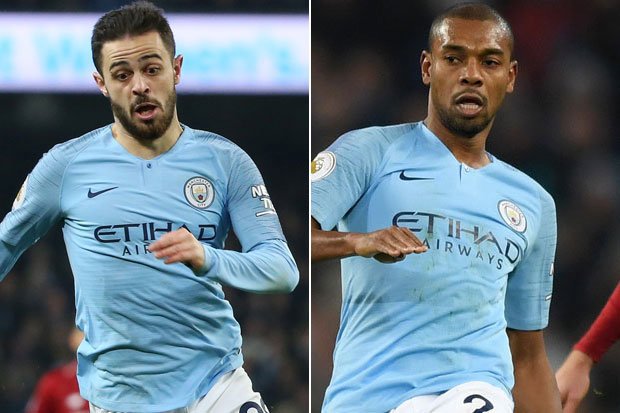 Liverpool’s midfield were mediocre, but City in contrast excelled. Typically praised for their technical abilities, vision and individual brilliance, Pep’s players knew they were in for a battle and all embraced their respective roles to earn a hard-fought three points. Sergio Aguero’s importance to the team cannot be understated, while matchwinner Leroy Sané is improving all the time.

However, plaudits must go to two of their midfielders for inspired displays. Fernandinho delivered a defensive masterclass, the type of performance that Liverpool players themselves should learn from. The experienced Brazilian, 33, showed precisely why he’s such an integral piece in Pep’s jigsaw.

Constantly in the right positions to snuff out Liverpool attacks, he knew when and where to make necessary challenges, frustrating the visitors wherever possible. Andrew Robertson equalled his successful tackles (4), which was a game-high on the evening.

Bernardo Silva meanwhile, struggled to get on the ball in advanced areas as much as he would’ve liked. It didn’t stop him from showing determination and guile to replicate that same problem for Liverpool players.

He flew into challenges, working relentlessly out of possession and still was able to showcase moments of his individual brilliance, making himself available as a reliable passing option.

The stats speak for themselves: Bernardo ran the most distance against Liverpool of any player in the Premier League this season, at 13.7km – breaking his own record of 13.65km against Tottenham in October 2018. Three tackles, game-high four interceptions, the assist for Aguero’s goal to break the deadlock and another record broken too.

#2 Danilo’s display shows Walker’s got work to do

Danilo flourished and kept Mane quiet, despite him being seen as their main weakness

Ahead of kick-off, the team news was announced and there was a notable absence at right-back for the hosts. Manchester City were to play one of their biggest games of the campaign without Kyle Walker, who Pep had dropped to the bench.

His recent form has been unconvincing recently but considering everything he offers the Citizens, both in attack and reassuring them with recovery pace defensively, this was nonetheless a surprise.

Liverpool knew so too. Danilo, who has struggled to settle since a £26.5m move from Real Madrid in July 2017 was pinpointed as City’s weakness within their backline. After all, he often gets exposed by better forwards and isn’t usually strong defensively either – he prefers to fly forward where possible.

Sadio Mané, one-third of Liverpool’s fearsome attacking trio, was up against him down the right-hand side. Walker watched from the sidelines as the Brazilian delivered an impressive showing throughout, isolating Mané well with strong challenges and linking up in attack too. If ever there was an opportunity to prove no-one’s place is untenable under Guardiola, this was it. Kyle Walker’s got work to do.

#1 Title race is still on 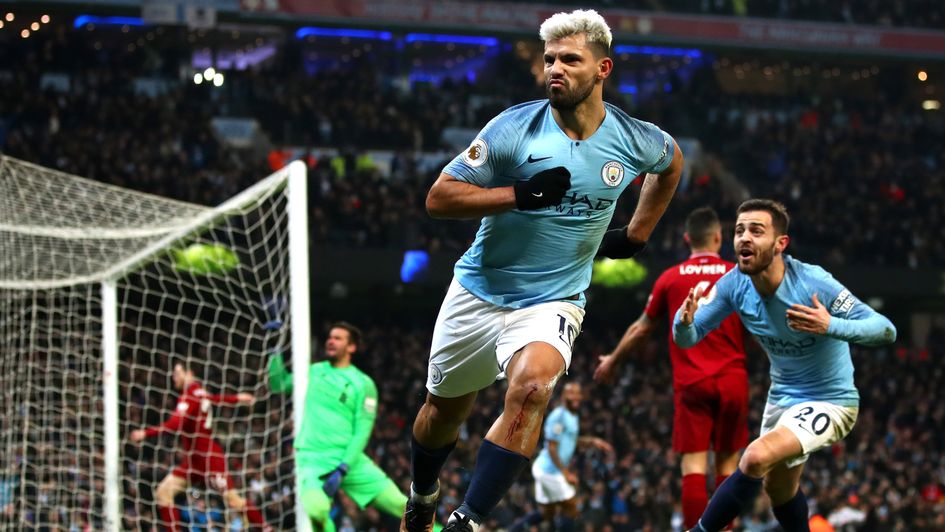 Aguero’s excellent finish broke the deadlock during a memorable win

Had Liverpool snatched an away win here, their lead over the defending champions would’ve extended to a whopping ten points with 17 matches remaining. It wouldn’t have been the crowning moment of an unpredictable season for Jurgen Klopp’s Reds, but instead provided them ample gap between themselves and their title rivals – whilst remaining unbeaten.

Instead, it has been cut to four and with Tottenham (48pts) lurking close by, this result is sure to provide a much-needed morale boost for City after a frustrating month of December. They suffered three defeats in less than three weeks and with niggling injuries still being managed, it’s easy to forget that Kevin de Bruyne – their Player of the Season last year – has missed most of this campaign.

It’s a shame that now there’s an FA Cup break after such an intense fixture between the league’s top two, but reflection time can be beneficial. Perhaps Klopp will look to rotate his squad and after such an impressive start to the campaign, now is where the pressure intensifies. How will they deal with being the hunted? Time will tell.