Following Wolves’ 2-1 win over Liverpool yesterday, the FA Cup 4th Round Draw took place. There are interesting ties set to take place but headlining the bill is Arsenal vs Manchester United, a fixture that has continued to intrigue in recent seasons.

Wolves’ reward for toppling Premier League leaders Liverpool is an away tie against either Shrewsbury or Stoke City, to be decided in a replay fixture next week. League One side Gillingham, who surprised Cardiff with a narrow 1-0 win last weekend, are set for an away trip to their Welsh rivals Swansea.

League Two’s Oldham Athletic, who stunned Premier League side Fulham at Craven Cottage, have a winnable tie against Doncaster Rovers – they are in the division above. 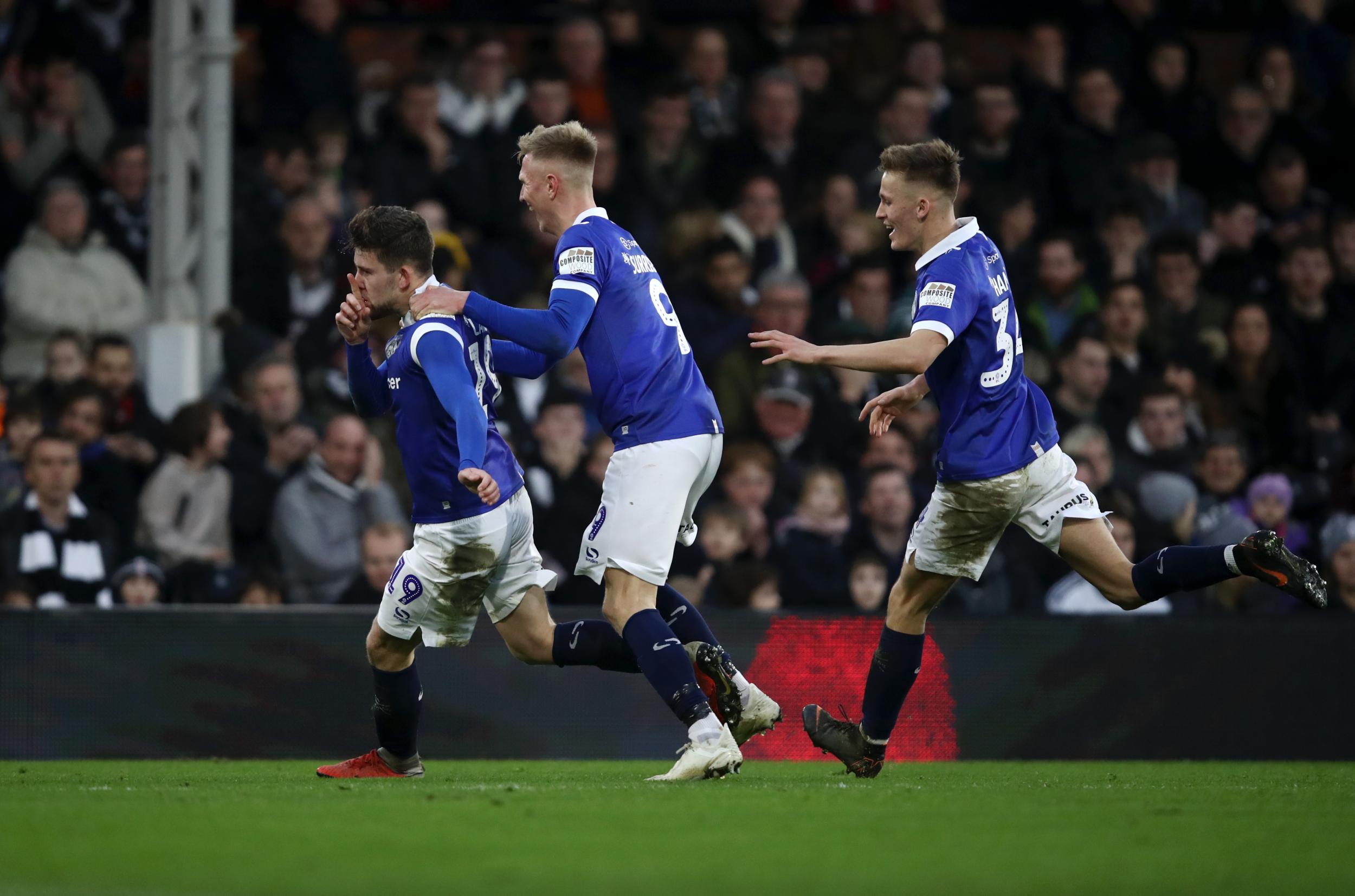 National League side Barnet are the competition’s lowest-ranked team left and have been rewarded for their efforts with a home clash against Championship’s Brentford.

FA Cup holders Chelsea will host either Sheffield Wednesday or Luton, Accrington Stanley will be bracing themselves for another potential scalp with a home tie against Derby County or Southampton while Newport County have a difficult task in the form of Middlesbrough to overcome.

There’s only three all-Premier League fixtures – Man City against Burnley, a London derby between Crystal Palace and Tottenham as well as the headline of Round Four: Arsenal vs last year’s finalists Manchester United.

Remember me? Danny Welbeck (centre) scored against his boyhood club as Arsenal were 2-1 winners against United in Round Six four seasons ago

The fixtures in full are as follows:

The ties will be played on the weekend of the 25-28th of January.