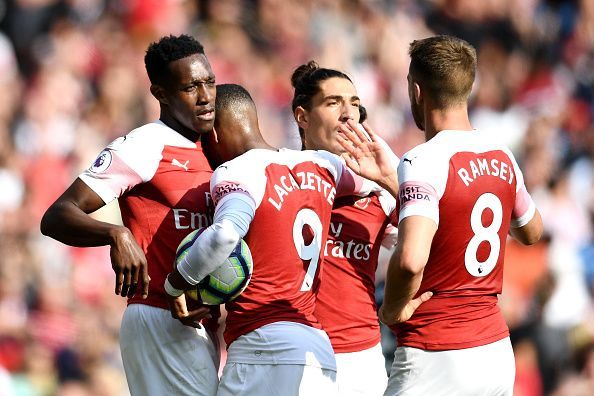 West Ham host Arsenal on Saturday to kick off the weekend’s Premier League action – can either side emerge with an important win, given their recent inconsistent form?

It’s a fixture both need to win ahead of a tricky stretch of upcoming matches, though the Hammers’ record against their upcoming opponents is grim to say the least. Since their memorable 2-0 win on the opening weekend four years ago, they’ve conceded 19 goals in seven meetings since and suffered defeat on five occasions. The other two were draws.

Over the past month, both sides’ form has been inconsistent. Comfortable cup wins over Birmingham and Blackpool respectively are a welcome morale boost, though the frenetic top-flight schedule is gradually returning to normal.

News surfacing earlier this week about a £35m bid from an unnamed side in China saw Marko Arnautovic‘s agent and brother Danijel claim he wants to leave.

Being one of their top players, speculation surrounding his future is naturally going to unsettle both player and club – not least midway through a campaign where they need their best performers firing on all cylinders. 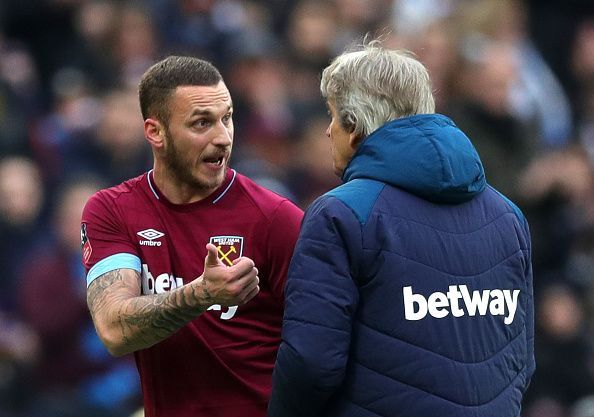 Arnautovic, who has scored eight goals and provided two assists this season, hasn’t been at that level in recent weeks. So although manager Manuel Pellegrini stressed his belief that the Austrian will “have his head in the game” against the Gunners, it’s not a guarantee he’ll start.

Someone more likely to start is creative midfielder Samir Nasri, against one of his former clubs. Having agreed a six-month deal (option to extend) on January 1, the 31-year-old impressed during a 60-minute display last weekend and could be tasked with unlocking Arsenal’s backline in a free-roam midfield role.

Amidst their transfer issues, some returns to fitness for Arsenal

It’s clear to all that despite some encouraging signs under Unai Emery, Arsenal still need plenty of reinforcements before they can mount a fierce title challenge again.

With that being said, news has been dominated by his admission that he’s not being granted any funds to sign players on permanent deals this month.

“We cannot sign permanently, only loan players. I know the club is working on possibilities of which players can help us with big performances, like we need now.”

Unsurprisingly, these developments have prompted backlash from supporters, who believe owner Stan Kroenke hasn’t invested enough money into the club to help them progress and stop them falling behind their rivals – which has been a major reason for their decline in recent seasons.

Mesut Özil’s presence tomorrow could be key: the German playmaker has completed a full week’s training and is available for selection once more after overcoming persistent back and knee injuries. He’s not the only one, either… 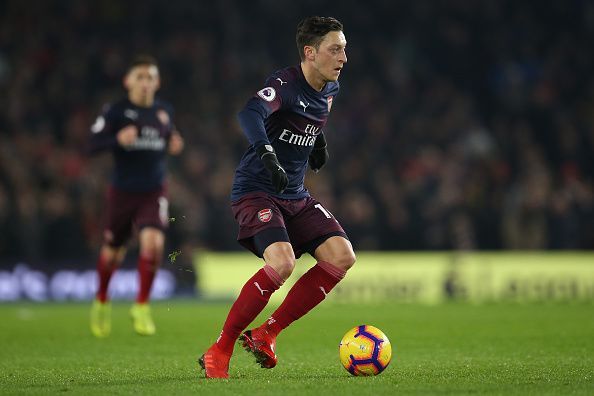 Mesut during Arsenal’s 1-1 draw with Brighton on Boxing Day, where he was replaced at HT through injury

Arnautovic (back) could start, or be utilised off the bench as an impact sub. It depends on whether the Chilean is prepared to take such a risk with another important player – not least given the Hammers’ luck with injuries this term.

They currently lead the league with nine first-team players sidelined, with fellow forward Javier Hernandez (also back) unlikely to feature until next week’s away clash against Bournemouth.

Fabian Balbuena and Winston Reid (both knee) are not expected to return until February, though the latter’s recovery phase is much further along than his defensive teammate. Jack Wilshere, Ryan Fredericks (both ankle), Carlos Sanchez (knee), Andriy Yarmolenko (Achilles) and Manuel Lanzini (ACL) are all long-term absentees.

Arsenal: As previously mentioned, Özil’s return is a welcome boost for an Arsenal side who are looking for confidence with a plethora of tricky fixtures to come.

Hector Bellerín (calf) and Nacho Monreal (hamstring) are both back in contention to start, while Shkodran Mustafi (hamstring) and Konstantinos Mavropanos (groin) have also returned to full training.

Laurent Koscielny, who suffered a back spasm during the warm-up before their FA Cup win over Blackpool, has also taken part in training this week – though it’s unlikely Emery will opt to start all three central defenders with an increased risk of potential aggravation.

Henrikh Mkhitaryan (foot) is expected to return next month, while Danny Welbeck (ankle) and Rob Holding (ACL) are the visitors’ long-term absentees.