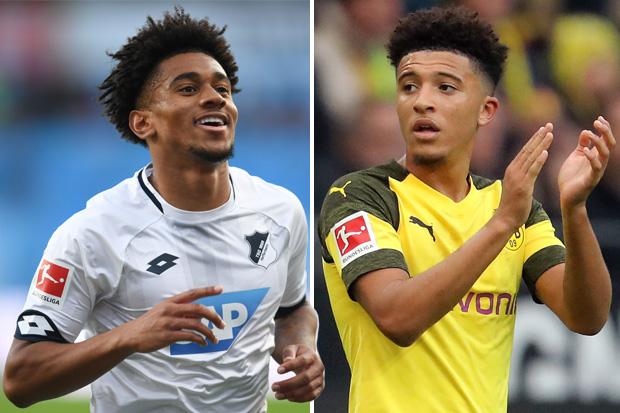 Jadon Sancho, who has netted seven goals and created 12 assists in an excellent season under Lucien Favre at Dortmund this term, was formerly at Manchester City until 2017.

His desire to play regular first-team minutes saw them reluctantly sell the winger, 18, abroad – with the likes of north London rivals Arsenal and Tottenham both heavily interested.

The decision has been heralded as the brave move that other youngsters are now seeking in their droves, with close friend and fellow winger Reiss Nelson, on-loan from Arsenal, also impressing at Hoffenheim.

Dortmund find themselves seven points clear atop the Bundesliga table, with closest rivals Borussia Monchengladbach and Bayern Munich tied on 42 after 20 games this term.

Zorc’s beliefs on the England vs Germany youth debate

As quoted by the Guardian, he said: “Let’s go back say five or ten years… there was a time that English clubs signed German players. There was a lot of discussion here: ‘It’s all about money you know, it’s too early for them to go from Germany to England.”

Shkodran Mustafi (left with Everton, right with Germany at the 2014 World Cup) is a prime example of a youngster who arguably left for England too early in his career. (Picture: Liverpool Echo)

“In the meantime we have the feeling that, yes, the education and development of youth players in the English academies is quite good, to be honest. The teams don’t only spend much money on transfers or salaries but also on infrastructure. When you see these youth academies – for example Man City – you can’t compare it with the German standard. It’s much higher, much higher.”

“It seems to me that it’s something like a business model for them because even if they don’t succeed in their own teams they sell them for higher prices. I just read a figure of City – I think they’ve sold young players for more than €150m within the last three or five years. You can recognise it also in results. You know the English teams are reaching under-17, under-19 [finals] compared to the German ones. It seems to me that they overtook us.”

As previously mentioned, Sancho and Nelson are expected to go head-to-head in one of Saturday’s 2.30pm fixtures in Germany’s top tier this weekend.

Then, Sancho will face one of his former – and future – suitors in Tottenham for the first leg of their last-16 UEFA Champions League tie next Wednesday.

However, Jadon warned that it’s not all plain sailing for those looking to emulate his success in Germany. Emile Smith-Rowe (Arsenal) and Reece Oxford (West Ham) both sealed loan deals at RB Leipzig and Augsburg respectively in the final days of last month’s transfer window – while Manchester City winger Rabbi Matondo joined Schalke 04 for £11m on January 30.

“I feel like young players are looking to go away now because they see my success, but it’s not easy. People think that because I’m doing so well, but everyone’s journey is different.”