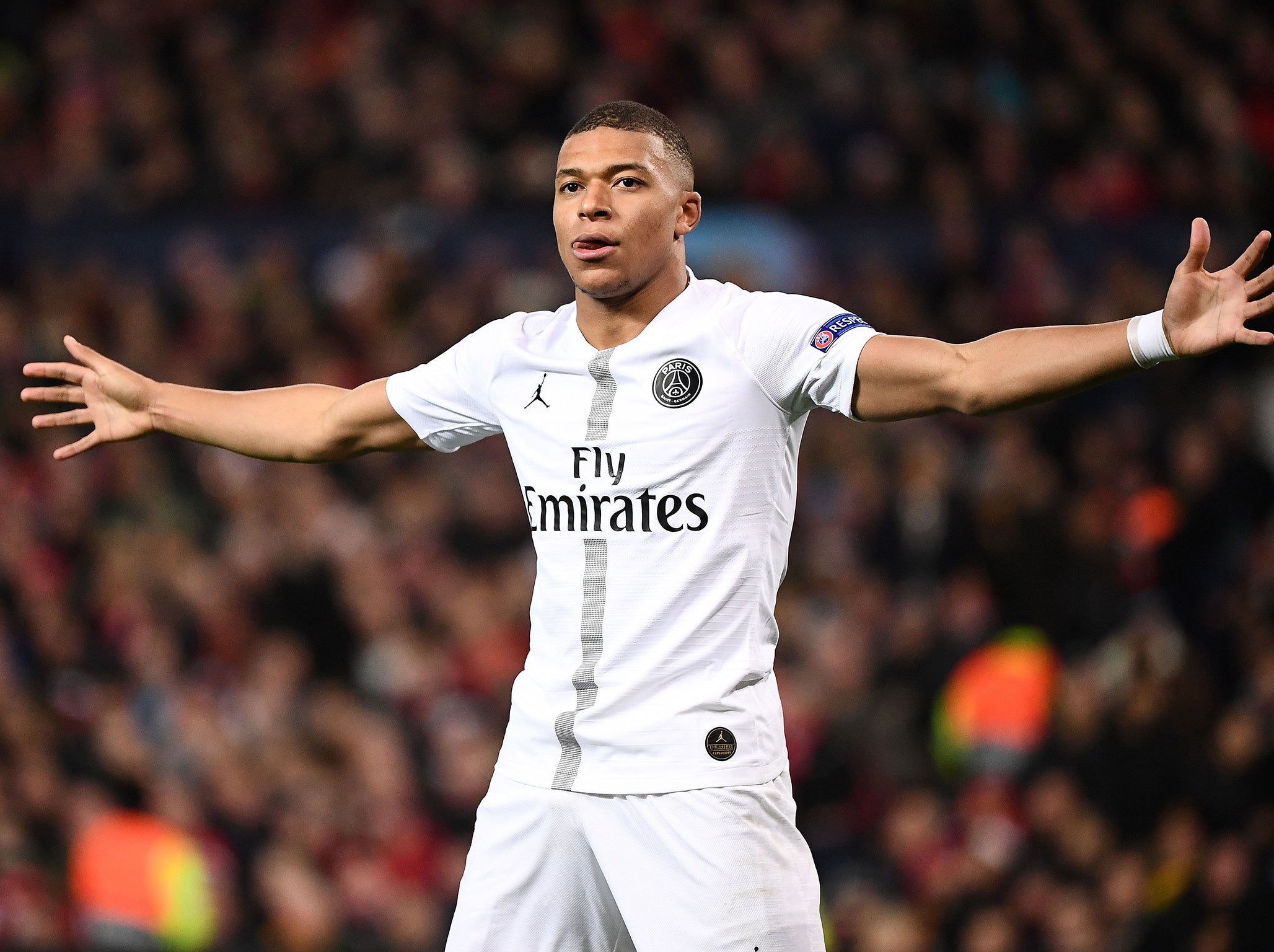 In a match overshadowed by PSG’s injuries to key attacking players – Neymar (foot) and Edinson Cavani (thigh) both sidelined – Kylian Mbappe lead the line by himself for once.

A stop-start first 45 and slow tempo suited Thomas Tuchel’s men, who were struggling to contend with United’s high pressing tactic. It forced them into needless mistakes in possession with Kimpembe in particular among those failing to distribute comfortably.

The defender, 23, was fortunate not to have seen red after a succession of cynical fouls following his early booking. Challenges on Luke Shaw and Marcus Rashford went unpunished by referee Daniele Orsato – who didn’t have his best game. 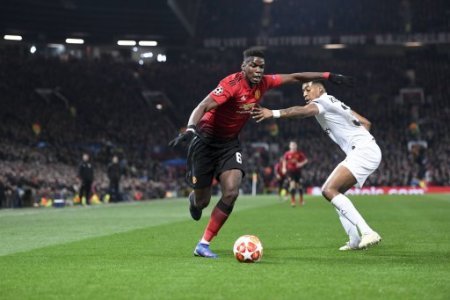 Pogba left compatriot Kimpembe for dead, during one of his brighter moments on a forgettable evening. (Picture source: PA Images)

It could’ve been worse for the Frenchman, after being turned inside out by compatriot Paul Pogba on the edge of the box. Gianluigi Buffon smothered his eventual effort, though it was a warning sign that United were not happy to let PSG dominate.

Rashford and Ashley Young both came close – the latter’s inswinging deliveries needed important interventions from Thiago Silva and Kimpembe with teammates lurking in space to strike.

Ángel di Maria received a hostile reception – to say the least – from his former supporters on the Argentine’s first return to Manchester in two years. He had a snapshot from range flash wide, dawdled in possession with a promising opportunity and was unceremoniously shoved into metal railings by Young to cap off a grim first-half.

The experienced fullback himself was lucky not to have been cautioned for a dangerous, needless challenge on the far side. di Maria’s consequent reaction, encouraging United fans to boo louder, spoke volumes in what would be an eventful second-half.

Before then though, United had injury problems of their own to deal with. Anthony Martial went down with a muscle injury but managed to continue, while Jesse Lingard (hamstring) was unable to carry on. Alexis Sánchez replaced the Englishman just before half-time, but Ole was forced into two alterations – Juan Mata came on for Martial during the interval. 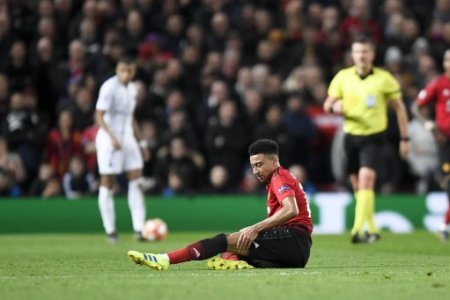 Kimpembe picked the perfect time to score his first PSG goal – only took him 97 appearances – reacting quickest to di Maria’s inviting corner delivery with Nemanja Matic sleeping alongside him. 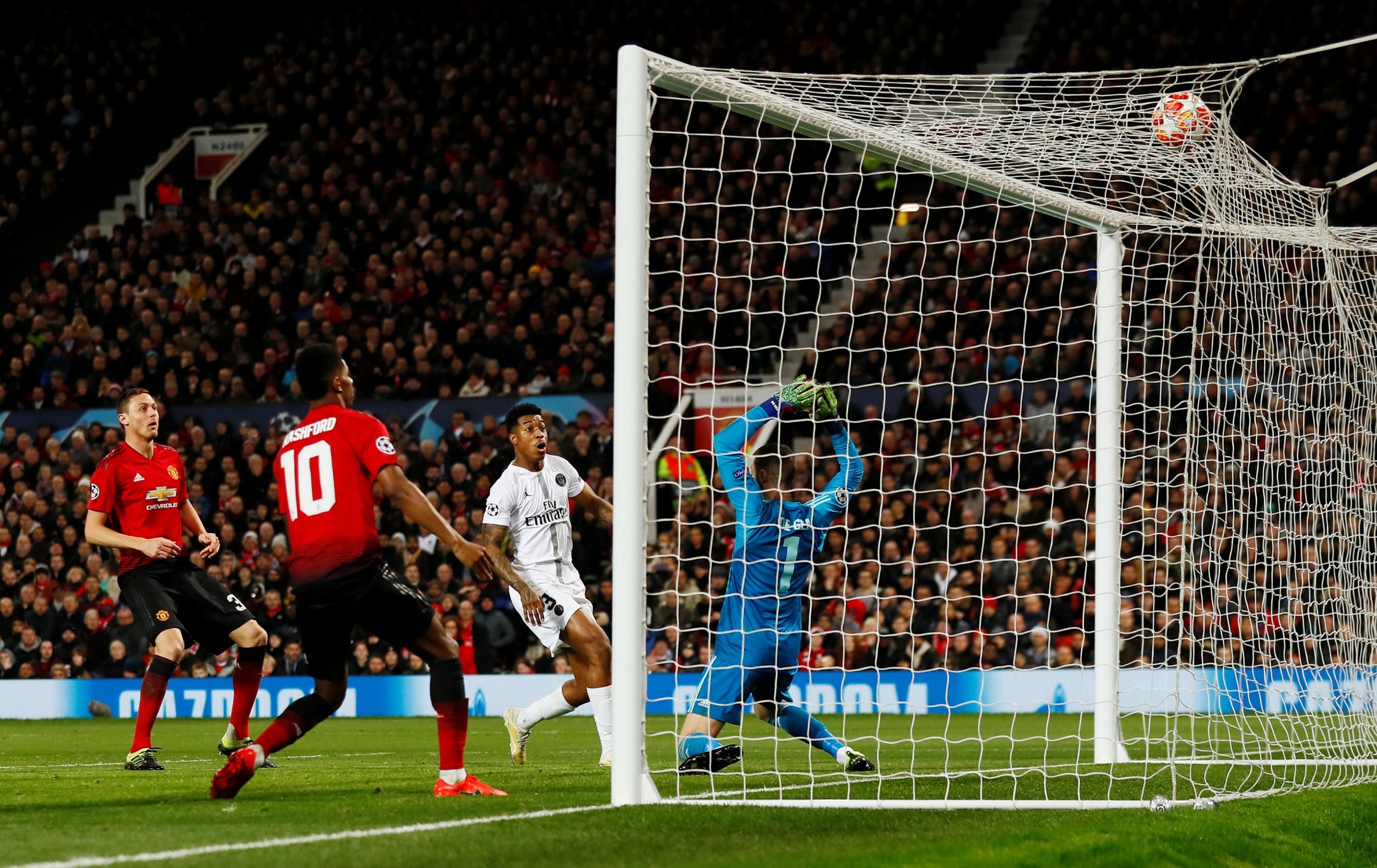 That corner was a result of de Gea’s low diving stop to deny Mbappé, who angled a header goalwards after Dani Alves’ cross. Having missed a promising chance midway through the first-half, the 20-year-old was hungry to make his mark with limited service.

It came and on the hour, he delivered. Marquinhos and Alves dispossessed Pogba, seconds before Juan Bernat set di Maria free down the left-hand side. di Maria’s pass was perfectly-weighted for Mbappe to latch onto – escaping the attention of Eric Bailly and timing his blistering run just right, to side-foot beyond a helpless de Gea in the bottom corner. 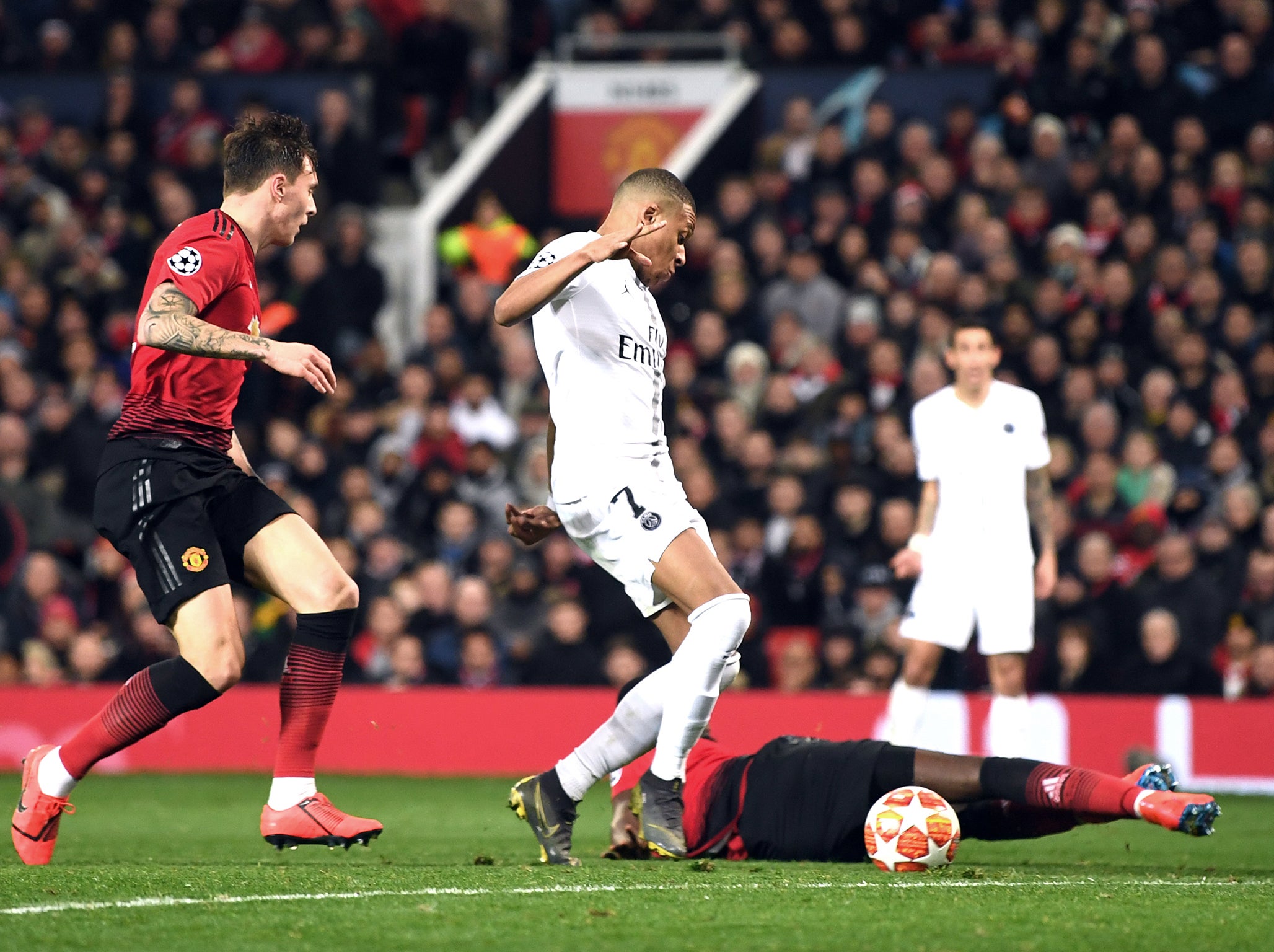 2-0 up, two valuable away goals and PSG had done their job expertly.

Solskjaer introduced Romelu Lukaku late on, but it was futile as the visitors held firm to earn an impressive clean sheet against a United side rejuvenated over the past two months. 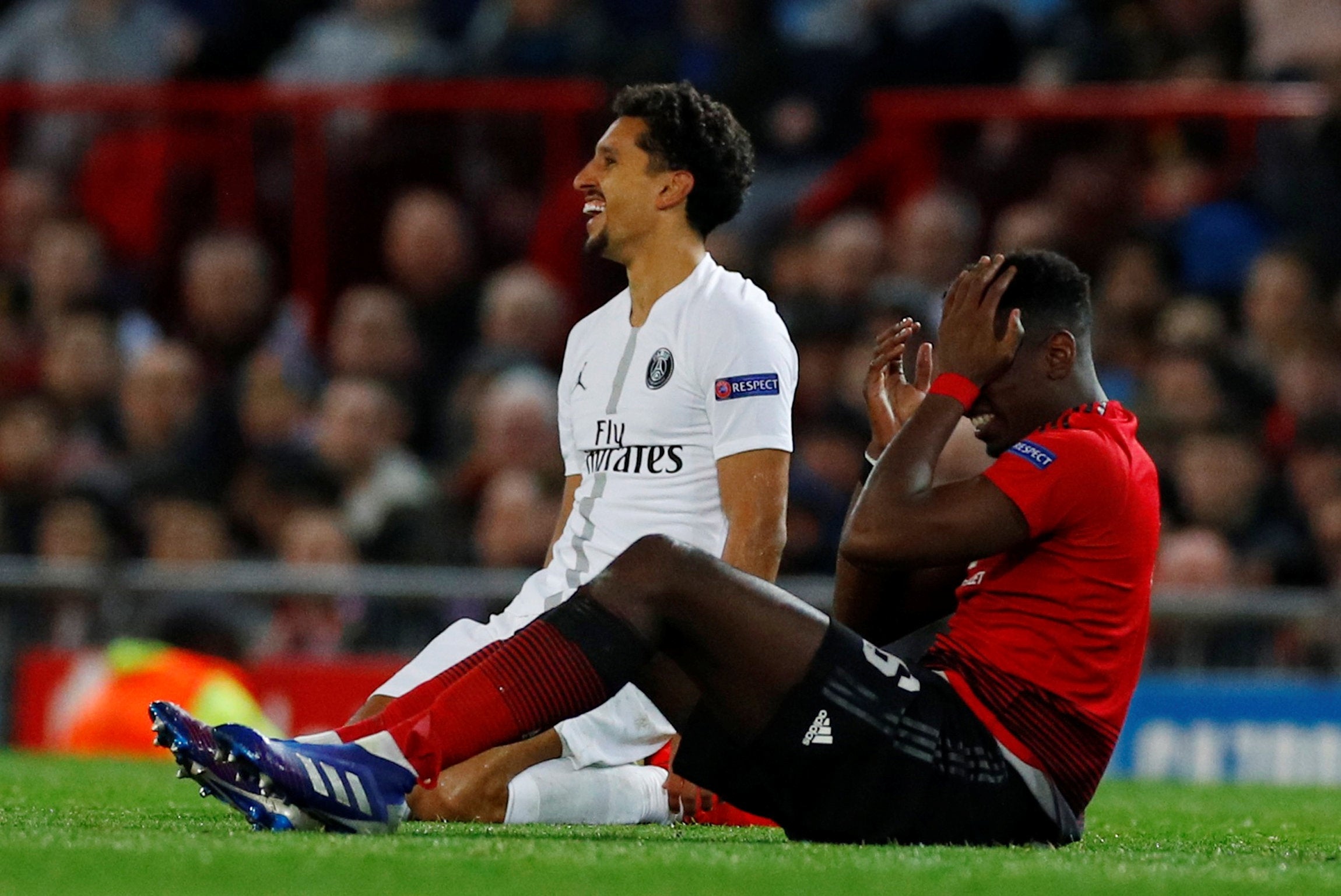 Marquinhos excelled at the heart of PSG’s midfield alongside Marco Verratti, as Pogba and United faltered. (Picture: Independent)

To add salt to the wounds, Pogba was given his marching orders after a second yellow card. It was a poor, reckless challenge on Alves and couldn’t have any complaints either – but it’ll see United’s talisman miss the return leg in Paris. As if next month’s test couldn’t get any more difficult.