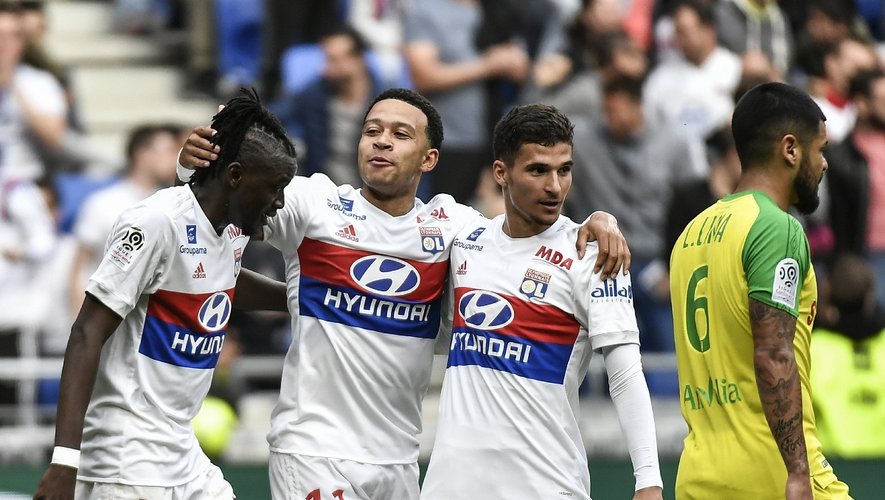 Lyon fullback Rafael has revealed his belief that teammate and former Manchester United forward Memphis Depay, 25, can become one of the world’s best players – provided he adds more consistency to his game.

However, the Dutch forward has struggled for similar levels of consistency in the final third this campaign. He’s scored five and created eight in 25 league fixtures, with five more goal contributions in six Champions League group stage matches before Christmas.

His last goal came in November and with Lyon already 16 points behind leaders PSG – who have two games in hand – Les Gones‘ inconsistent results have centred around their wastefulness in-front of goal.

Ahead of their Champions League last-16 clash with Barcelona on Tuesday, Rafael has publicly backed Depay to improve, insisting he has the ability to reach the levels set by the likes of Lionel Messi, Cristiano Ronaldo and Neymar.

“It’s consistency. Memphis could dream about being a top-three player in the world if he was playing amazing every game, like Messi, Ronaldo and Neymar… players who are close to the best like [Antoine] Griezmann.”

Depay was criticised at the start of the season after returning late for pre-season training, just around the time he revealed he was eager for a step-up to “a bigger club” than Lyon.

Last month, he even went as far as to name six clubs that he’d be interested in joining – including Manchester City and Barcelona – if they made offers for his signature. Despite this, Rafael dismissed suggestions that his teammate is not fully committed to the club.

Depay, who has created three assists in two group stage games against Pep Guardiola’s men this season, revealed they’d be one of the six teams he’d like to sign for.

“As a man, he’s different, but it’s normal for me. He likes what he likes, but that’s it. Some people think all footballers have to be the same, but he’s a different guy. He’s professional, many think he’s not, but he is. I know at the start of the season he was late, but I think it was a communication issue, of course it’s a bit his fault. But he’s always on time, he’s training, he’s doing things very well. I can say it because I’m with him every day and he’s a great pro.”