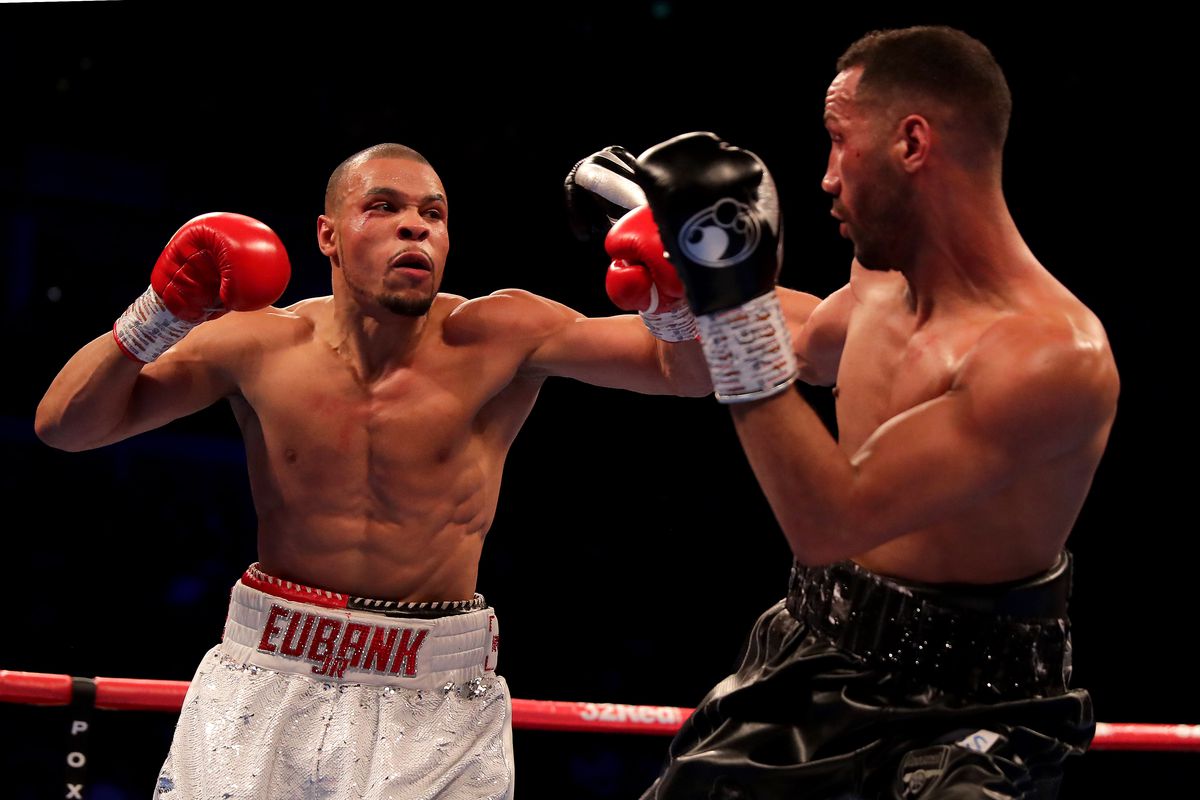 Chris Eubank Jr delivered one of his best career performances yet, during a commanding 114-112, 115-112, 117-109 points victory over fierce rival James DeGale – to win the vacant IBO World Super-Middleweight title in style at London’s 02 Arena.

In what was billed as a retirement fight for the eventual loser, there was naturally plenty of hype and expectation for both fighters going into this one – to give it their all.

Eubank Jr stuns degale with Vazquez in his corner

Eubank Jr – four years younger – crucially proved his worth with an impressive display. It was both a composed and calculated performance but needed to be, not least after the devastating manner of his defeat by the recently retired George Groves last year.

During the pre-fight interviews, Eubank Jr stressed just how important this bout was for his career, suggesting perhaps why it’d determine whether he’d earn bigger fights in future and was ultimately “career-defining”, after defeats by Groves and Billy Joe Saunders (2014).

Questions were also asked about Eubank’s decision to have a trainer in his corner for the first time in his professional career – Nate Vazquez – who had three months’ time to work with. It was described as questionable, on whether the pair would have developed a rapport that quickly, though Chris looked receptive in-between rounds and was clearly listening to the instructions given to him: something we’ve not always seen previously.

Groves sat at ringside on ITV’s commentary team and revealed his disappointment at the fact referee Michael Alexander actually didn’t stop the fight sooner. Having beaten both men in recent years, the 30-year-old could see the toll Jr’s punch onslaught was doing to DeGale’s body – despite being the brave man he is, refusing to quit. 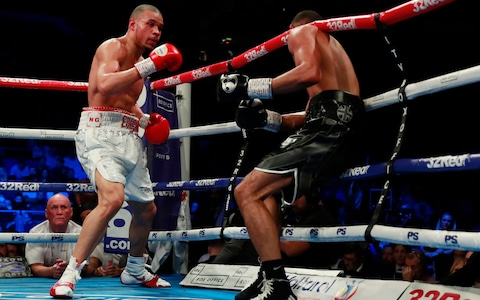 Even under persistent pressure and two knockdowns, DeGale (right) refused to quit against a determined Eubank Jr. (Picture source: Telegraph)

After a fairly tense first round which DeGale edged, Eubank suddenly came into his own. Both appeared in discomfort with cuts near their eyes after an accidental clash of heads, though Chris’ movement and combinations were proving too much for DeGale to deal with.

Having scored a 10-8 round in R2, he continued on the offensive. An excellent early right-hand strike in the third set the tone for Jr, who persisted to frustrate his rangy opponent and forced him into regular grappling. Unsurprisingly, the intensity dropped in rounds five and six, though this grudge match certainly was increasingly scrappy.

As round seven began, it was clear that Eubank’s early advantage was fading away and he needed a response. DeGale’s strong starts to each round was a blessing and a curse, as the 33-year-old faded as they continued – which favoured the Brighton man’s aggressive style.

Despite his messy footwork, R8 also went Eubank’s way after landing some solid combinations and a humbling left hand which caught DeGale well. His strong finish to R9 emphasised the need for DeGale to secure a knockout, if he was to stand any chance of winning this one. As far as points were concerned, a recovery was unforeseeable at this point. 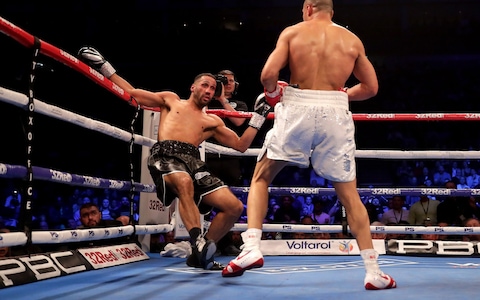 DeGale was left stunned by Eubank Jr’s power and forward-thinking nature at times, as he was knocked down twice and fortunate to stay in the bout

Whenever he came forward with strikes of his own, he either had to follow up by engaging in a clinch or risk leaving himself susceptible to Jr’s counter-punching strategy. Then in R10, you saw the drastic shift in gears that Eubank has displayed so often throughout his career.

A massive left hook left DeGale battling to survive late in the round, before the referee took another standing eight count. The penultimate round came and went, with Eubank being deducted a point for a needless shoulder charge, before redeeming himself by unleashing a devastating right uppercut. 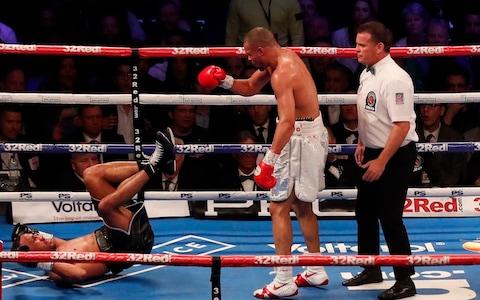 DeGale, for all his quality, essentially came unstuck against a younger and more motivated fighter – despite continuing to fight back regardless.

“An Olympic Gold medal, two world titles… he’s a good prospect and ultimately deserved to win. I thought it was closer than that [the third judges’ scorecard], but he had two knockdowns and I just didn’t do enough in some rounds to get the win. I’ll go back, watch it and consider my options with the family.” DeGale after his defeat

Tonight was an evening of redemption for Eubank. Truthfully, he remains raw and still has areas to improve upon but his power, control and patience were refreshing to watch in a must-win fight.

“Respect to James – he was man enough to take it for the full twelve rounds. I’m very happy and in a position to go out and challenge for world titles now. I felt comfortable and dominated the whole fight – he was awkward, but I used smart pressure.” Eubank Jr after his convincing win

He didn’t get the knockout he was clearly angling for, but that didn’t matter. If anything, it provided him with more experience as tougher opponents await than a vulnerable DeGale now on the brink of retirement.