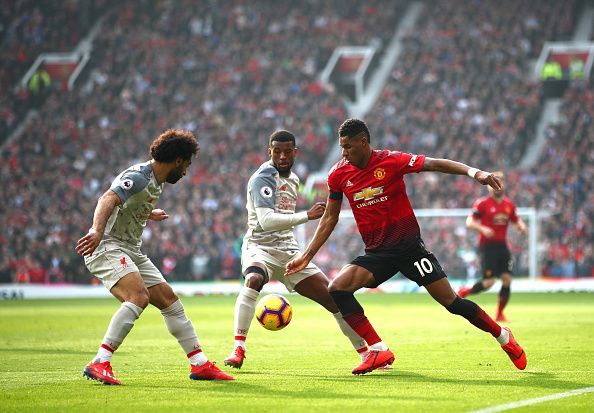 An injury-hit Manchester United side held Liverpool to a goalless draw at Old Trafford – but which players excelled while others struggled?

Liverpool were held to a goalless draw during their away clash with an injury-hit Manchester United side on Sunday afternoon. Spanish midfield duo Ander Herrera and Juan Mata were both replaced before the half-hour mark with hamstring injuries, while Jesse Lingard – passed fit to play – was also a first-half casualty after replacing Mata himself.

Liverpool forward Roberto Firmino (ankle) also hobbled off, in a remarkable string of injuries which ultimately hurt the game’s flow. Joel Matip’s blushes were saved after conceding an own goal in the second-half – only for it to be ruled out for offside, as Chris Smalling had prematurely ventured beyond the Reds’ backline.

Despite infrequent flashes from both sides though, the Reds failed to take advantage of United’s drastic change in personnel. The result means Jurgen Klopp’s men have now drawn four of their last five matches across all competitions, with three of those coming in England’s top-flight.

Their lead atop the Premier League table now stands at just one point above defending champions Manchester City – who later on beat United’s top-four rivals Chelsea to claim the season’s first piece of silverware. With all of that in mind, here’s a look at five hits and flops from an entertaining 0-0 draw at Old Trafford: 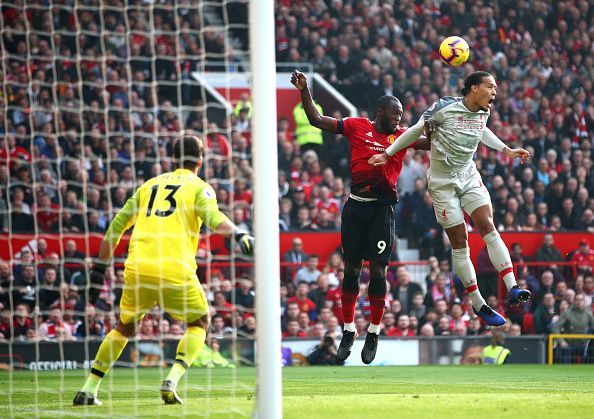 If ever there was a time for Lukaku to step up, show Solskjaer why he should be a guaranteed starter under the Norwegian, this was the game.

Rashford, who sustained an ankle injury early in the contest, did his utmost but was clearly suffering and couldn’t be replaced. With Paul Pogba, Andreas Pereira and Alexis Sanchez all looking to provide service in the final third, the Belgian again flattered to deceive during a match with limited opportunities.

Dispossessed four times, his 52.6% pass accuracy was unsurprisingly a game-worst statistic and despite winning five aerial duels, found himself frustrated with the imposing figure of Virgil van Dijk breathing down his neck whenever a promising chance was on the cards.

Perhaps harsh for him to feature here, it needs to be put into context. We’ve seen just how good he can be and flashes of his individual quality were too infrequent to prove matchwinner for United when they needed him most.

His deft pass into Lingard was one that Alisson did well to thwart, while he outmuscled Andrew Robertson before heading straight at the Brazilian in the first half. An inswinging speculative cross, which evaded everyone, could’ve proven decisive had Chris Smalling latched onto Lukaku’s pass at the back post – in the 90th minute. On another day, I’d be heralding the Belgian’s display as United’s matchwinner with two assists and potentially a goal for himself too. 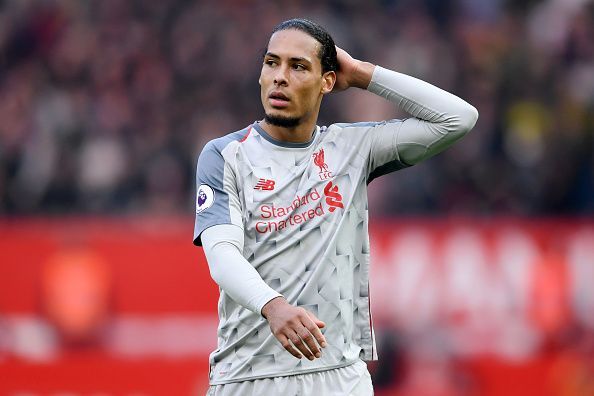 After missing their home clash against Bayern in midweek, Virgil van Dijk’s returning presence was certainly appreciated by the visitors. United – despite injuries – still posed an attacking threat and buoyed on by the home supporters, will have felt frustrated not to have tested Alisson more regularly than they actually did.

With a game-high six aerial duels won, four clearances, two blocked shots, and one tackle, it was another solid outing for the Dutchman. Interestingly, he and Sadio Mane were Liverpool’s only starting outfield players not to commit a foul over the 90 minutes, while he thwarted Pogba’s goalbound effort with an important intervention and kept Lukaku muted whenever the Belgian lurked near him.

Joel Matip might have been more adventurous and attack-minded, but van Dijk’s calming influence has become invaluable for Liverpool over the past twelve months and it’s during matches like these where that shines through. 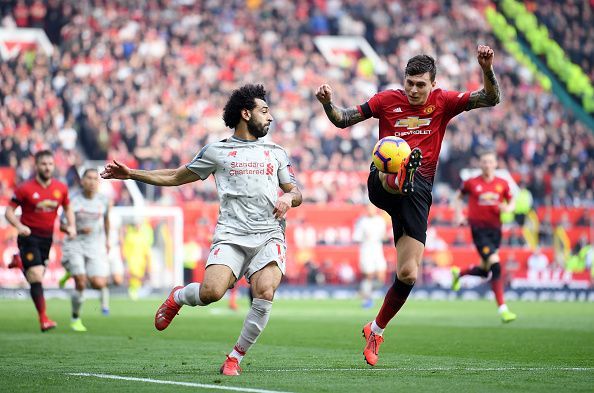 Salah was left constantly frustrated by a determined United backline

Is it safe to call Manchester United Mohamed Salah’s bogey team yet? Whenever the two sides face off, Liverpool’s talismanic forward is regularly kept quiet and his display on this occasion was no different.

It speaks volumes that Klopp, in search of a late winner, actually replaced the Egyptian with Divock Origi for the match’s last twelve minutes or so. That’s just how well United were coping with his attacking threat in numbers and again buoyed by their fans, players seemed to relish challenging him.

Last year at Old Trafford, he was shut out by a determined Ashley Young. This season, it was Luke Shaw’s turn. The English fullback forced him into mistakes aplenty, won possession with seeming ease at times and a lethargic performance was keenly pounced upon.

Not good enough. He lost the ball on nine occasions – a game-high – while his decision-making was either too pedestrian or rushed, no in-between, which made for a predictable Salah to defend against. Back to the drawing board. 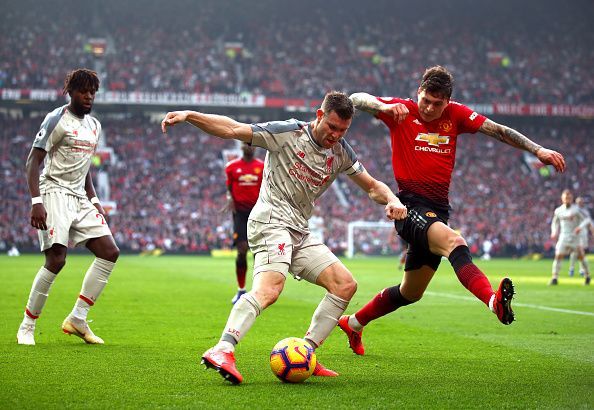 Victor Lindelof continues to improve leaps and bounds from the vulnerable center-back exposed against the likes of Brighton and Huddersfield last season.

At 24-years-old, perhaps the £30m price-tag was weighing heavily on his shoulders early in his United stint, but the Swedish international has gradually settled among his defensive-minded teammates and is growing in confidence.

So much so that his partnership alongside Chris Smalling has developed and performances like this just highlight the progression first-hand. Only Fabinho (4) completed more than his three tackles, while he recorded a game-high nine clearances against the league leaders.

Against a Liverpool frontline who, as inconsistent as they have been this season, remain constantly dangerous? Another hard-earned clean sheet and eye-catching display is a welcome morale boost, especially after speculation suggesting he’d be on his way out under Jose Mourinho last year. 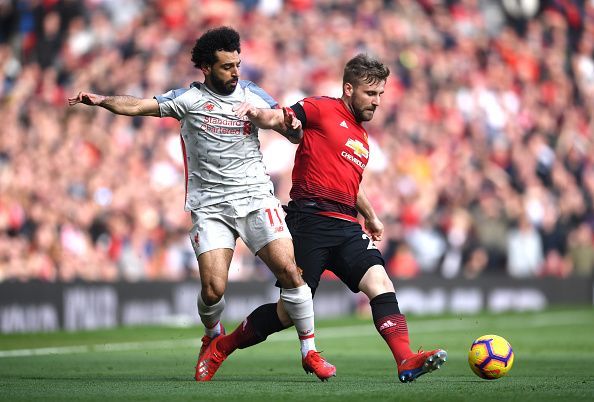 After an impressive start to the season, Luke Shaw has continued to excel and proven himself one of United’s most consistent performers during a testing period.

Since Solskjaer’s been in charge, he’s missed just one league game – injured in the warm-up against Brighton last month – and nothing much has changed. Quietly going about his business in an efficient, defensively astute manner, this was another impressive performance from the 23-year-old.

The only difference was, it was against Liverpool in a televised fixture. He relished the challenge of facing Mohamed Salah, one of the league’s best forwards, and passed the test with flying colors. Three tackles and aerial duels won, five clearances made. Crucially, he does the things that never appear in match stats too – like his off-the-ball support for teammates and disciplined defensive positioning, which are becoming increasingly scarce for fullbacks.

I could’ve picked Ashley Young or Alisson for the top spot here, as both performed well too. Instead, though, Shaw’s finally getting the credit he deserves and it’ll stand him in good stead with an important stretch of fixtures to come before the season’s end.