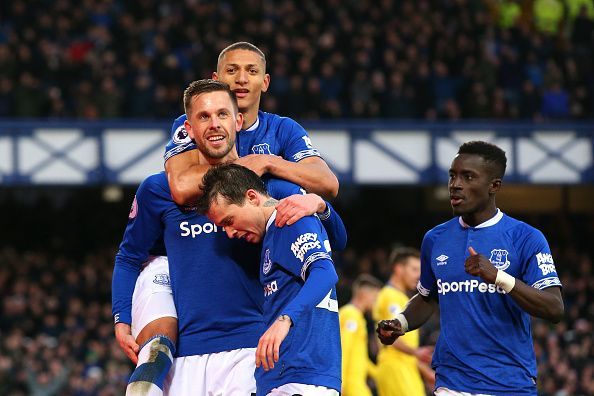 Everton’s 2-0 win against Chelsea on Sunday was their first over a top-six side since January 2017. Which players struggled while others excelled on Merseyside?

Everton recorded their first Premier League victory over a top-six side since January 2017, after an inspired second-half showing against Chelsea.

Goals from Richarlison and Gylfi Sigurdsson sealed all three points for Marco Silva’s men, confining the Blues to their seventh defeat of 2019. The manner of this latest loss will not sit well with Maurizio Sarri, after a first-half where they dominated and could’ve been 3-0 up.

Gonzalo Higuain and Pedro both squandered promising chances, while Eden Hazard hit the post and the hosts had goalkeeper Jordan Pickford to thank for keeping the scores level at half-time with some important saves too.

It was a completely different game altogether in the second-half, where Everton stunned them with two unanswered goals and defended well collectively to earn a memorable victory. With all of that being said, here’s a look at five hits and flops from a much-needed Everton win: 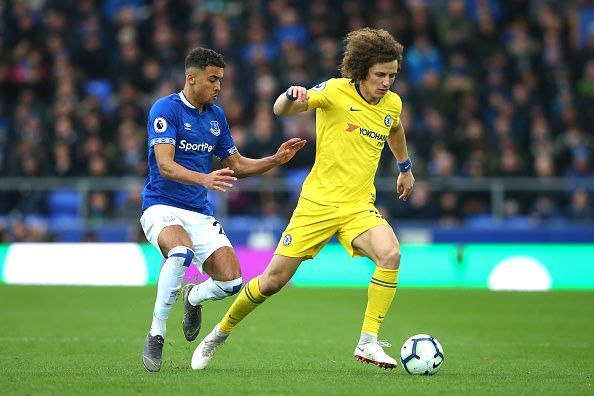 Now I know what you’re thinking, where is Marcos Alonso on this list? Despite giving away the penalty and enduring a difficult battle with Richarlison down his side in the second-half, the Spaniard completed nine tackles and four clearances.

David Luiz on the other hand? No tackles, just one interception and clearance in 90 minutes. He failed to fill his teammates with confidence and really needed to, once the hosts got themselves going in the attacking third after the break.

He has struggled for consistency this term and again, this display showed why he’s just not good enough at this level anymore. No aerial duels won, bullied by Dominic Calvert-Lewin in the air and he simply wilted against a recharged Everton frontline. 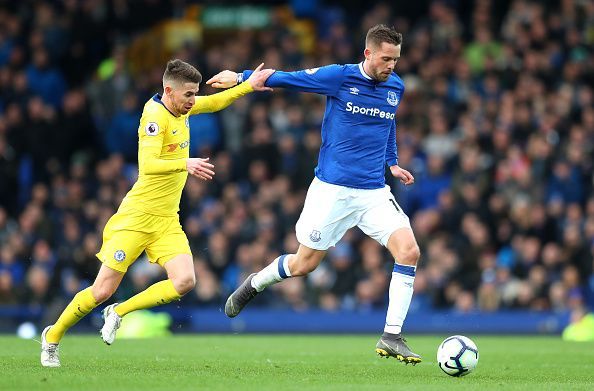 Critics complain about Sigurdsson’s consistency, being a £50m signing and all, but individual performances such as these prove why he’s Everton’s best player.

With three key passes, two tackles and one interception, the Icelandic midfielder was one of few bright sparks for the hosts in the first-half – which will go unnoticed. Constantly trying to create chances, they ultimately came to nothing.

However, he netted their match-clinching second and probably could’ve had two assists for himself too: Calvert-Lewin headed wide before substitute Theo Walcott came close after the break.

If they wanted to get anything from this game, attacks needed to stem from him, being their creator-in-chief. His spot-kick was telegraphed and after forcing Kepa into a good stop, he reacted quickly enough to atone for the miss – his 12th goal of the campaign. 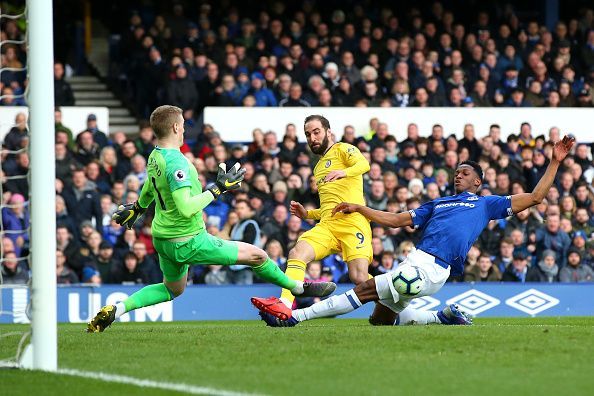 On the surface, Higuain’s presence here might seem harsh, but hear me out: In a Chelsea side devoid of much creativity besides Eden Hazard, he lacked the crucial finishing touch needed to pull the visitors in-front.

If ever there was an advert for how Higuain is as a player, this was the game – inconsistent. He showed great awareness and attacking intelligence to get into dangerous positions, with good interplay alongside Hazard, but missed promising opportunities to break the deadlock.

To make matters worse, he was caught sleeping at the near post in the build-up to Richarlison’s goal. Kepa’s initial save saw the ball float near the Argentine and rather than being alert to the danger, clearing his lines, he watched as the forward ran beyond him to head goalwards. Surely you can sense that goalscoring threat and do something accordingly, even if you’re not a defender?

It speaks volumes that he’s only netted three goals since January, two against Huddersfield (20th) and another at Fulham (19th). Not very encouraging stats are they?

With a joint game-high three shots taken, teams pay a premium for reliable goalscorers and after Olivier Giroud’s hat-trick on Thursday, the Frenchman was left on the substitutes’ bench until after 70 minutes here.

It’s definitely food for thought, during a game where Everton punished the Blues’ inefficient finishing – something that has been a recurring theme this term. 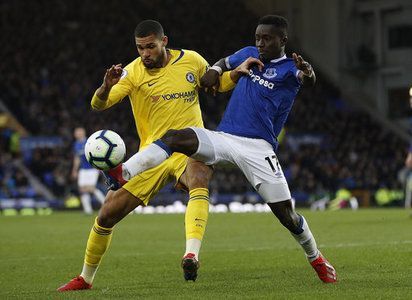 Just like Tanguy Ndombele against Barcelona in midweek, Idrissa Gueye was everywhere in midfield and a pest that Chelsea struggled to break free from.

In a type of performance that would have had interested suitors like PSG and Lyon purring, Gueye hardly put a foot wrong. Frequently recovering possession, covering ground quickly and intercepting players in their tracks, he worked hard from minute one until the full-time whistle.

This was even in the closing stages with the visitors pressing for a late goal, making an important intervention to block Hazard from registering a goalbound effort.

With five interceptions, three clearances, two fouls committed and numerous ball recoveries, his presence in the centre of Everton’s midfield cannot be understated. As technically gifted as Andre Gomes may be, he’s simply not that type of player and judging by Marco Silva’s warm embrace at full-time, he knows how important the Senegalese international is too. 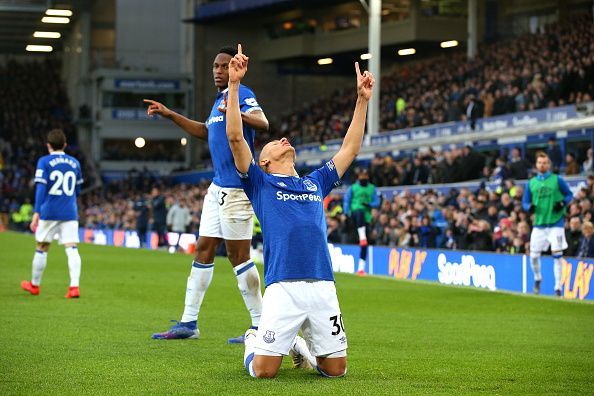 After a slow start, Richarlison’s persistence was rewarded and he ran Alonso ragged in the second-half

Everyone was quick to criticise him for a quiet first-half and lack of touches in attacking areas. Having essentially played wing-back in support of Seamus Coleman, he importantly came up clutch when he needed to after the break: something synonymous with his hard-working character, whether that be chasing loose balls or battling for half-chances.

After a little dip in form, goals in his last two games are sure to boost his confidence going into the final stage of the campaign. When things aren’t always going your way, it would have been very easy for him to drop his head and not do his utmost to help get his side through difficult moments.

He could have just hidden and been isolated on the flank, but instead he went constantly in search of the ball and worked hard out of possession (four tackles and two interceptions completed) – drifting across various positions – which made it tough for Chelsea to deal with.

Persistent and able to run Alonso ragged after the interval, the Spaniard was lucky to stay on the pitch after some petulant behaviour in his not-so-subtle attempts to frustrate Richarlison.

He showed attacking awareness and good positioning for his goal, before setting up the second after drawing the penalty from Alonso who cynically left his leg dangling too long.

It was another tireless display by a player who the jury is still out on whether he’s the club’s long-term solution to their centre-forward woes like a Romelu Lukaku of old. It’s difficult to say as he certainly possesses world-class potential but is versatile enough to comfortably play in a variety of different attacking roles.