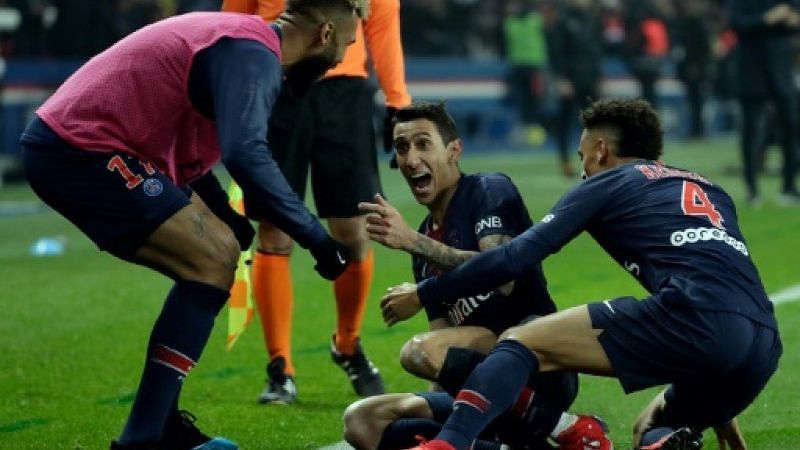 How did Angel di Maria – Manchester United’s club-record £60m signing back in 2014 – go from an expensive flop to a key man at PSG? Here’s how…

Angel di Maria currently finds himself sidelined with a hamstring injury, was knocked out of the Champions League by one of his former sides and yet with two months left of the 2018/19 campaign, quietly confident for the future.

Now, it’s important you have some context to the story before you judge the player or the respective clubs involved. But dating back to his £60m Manchester United move in the summer of 2014, plenty of pressure and expectation was heaped upon the winger’s shoulders to settle quickly and help return them to the glory days in the Premier League. Neither really happened.

United, buoyed by news of Ole Gunnar Solskjaer’s appointment on a permanent basis earlier this week, will always stand by the belief that di Maria was never 100% committed to the cause.

Given his hefty price-tag, which was a record-breaking fee at the time, he underperformed. Unimpressed by the quality of his team-mates and inconsistency in playing roles under Louis van Gaal made things increasingly strained, especially after reports broke that United were never his preferred destination in negotiations – PSG were.

It’s true that we didn’t always see the best of Ángel in England but all things considered, it was a decent return out of him in his first and only top-flight season. Three goals and 11 assists created in 27 league games, where he started 20 games, is a respectable tally. The acquisition itself set the precedent for inflated transfer fees in the years since and as Real were prepared to sell, it showed that despite his talent they didn’t see him as indispensable.

Real replaced him with their shiny new toy in Colombia’s golden boy James Rodriguez after an excellent World Cup campaign but only di Maria will know the motivation behind his United switch. Money? A signal of his intent to prove critics wrong? The notion he’s lightweight and too high-maintenance to flourish in England may seem harsh but you could tell opposition defenders were eager to test him whenever they had an opportunity.

Despite some impressive displays, namely that goal against Leicester and his matchwinning performance against Everton, they were few and far between. Despite being more productive in the number ten role, he wasn’t granted many opportunities there at United – only playing there a handful of times, which doesn’t make for good reading. di Maria’s matchwinning display vs. Everton was one of few individual displays of brilliance in England

It’s something that van Gaal has personally sought to address recently, during a BBC interview where he discussed his United tenure in detail and said:

“Di Maria says it was my problem. I played him in every attacking position. You can check that. He never convinced me in any of those positions. He could not deal with the continuous pressure on the ball in the Premier League. That was his problem.”

You cannot expect the best from players if they’re not being utilised properly, ala Mesut Ozil at Arsenal now, but it’s not a good enough excuse for di Maria to not have been working hard to prove he was willing enough to be a versatile attacker and cover various positions – something he does now in Paris.

van Gaal had his own selection issues on a weekly basis, attempting to fit a cluster of players into his side rather than to play his best in their preferred roles, making things more difficult than they needed to be at times. But surely they should have prioritised their club-record signing?

If you’re aware that perhaps it wasn’t his first destination, build the team around him and make him feel welcome! That’s part of United’s problem, being reactive – just like with a returning Paul Pogba – rather than dealing with potential caveats before they arise.

why paris and psg proved a welcome destination

As for Paris Saint-Germain, di Maria was joining a team who had lacked a cutting edge in the final third for a number of years and continually looking for ways to strengthen. With players like Lucas Moura (now at Tottenham), who are good to watch but not exactly the most productive, they longed for top-quality players and those with superstar value.

Ezequiel Lavezzi, Javier Pastore and the list continued: a number of good creative players who were just a level below Europe’s elite. Although you can debate whether he’s still one of the world’s best wingers, he’s a significant upgrade on the aforementioned trio. 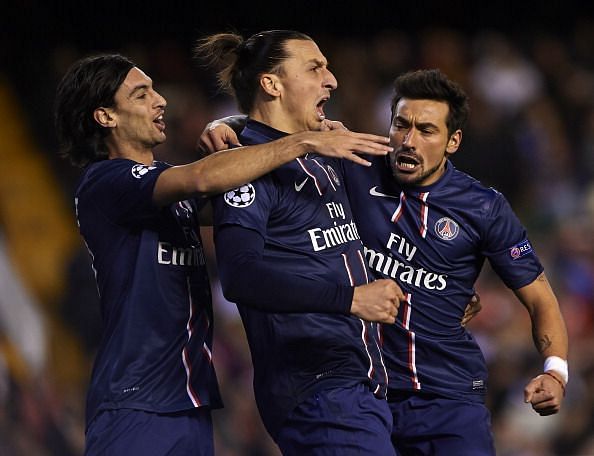 Pastore (left) and Lavezzi (right) were good creative players, but not among Europe’s elite like Ibrahimovic

Ligue 1’s quality and credibility is often overlooked given the gap between PSG and the chasing pack but even after Monaco’s surprise title-winning season in 2016/17, their stars were sold for eyewatering sums and they haven’t looked the same since.

di Maria had to adapt to a different playing style, new environment, language and teammates – settling quickly and well, the stats speak for themselves. He scored 10 and created 18 assists in 29 league games during his debut  campaign, with 10 more (five goals and assists apiece) in the cup competitions.

You’d naturally expect those numbers to increase, as he was playing alongside better team-mates. Zlatan Ibrahimovic, Edinson Cavani, Marco Verratti and Blaise Matuidi to name but a few.

As his confidence grew with more experience under his belt, United were enduring unpredictable times themselves under a volatile Jose Mourinho.  Robin van Persie and Wayne Rooney both past their peak, Radamel Falcao just recovered from a serious knee injury – that United team just wasn’t good enough then and ruined any chances of him staying long-term.

Despite a drop-off in production once Neymar and Kylian Mbappe were unveiled in big-money moves themselves the following summer, he has benefited from their presence and asserted himself as a key PSG player by doing so. His stats over the past three seasons to date (all comps):

Why united regret everything about the di maria deal

Whether you like him or not, he’s one of those players. With quality in abundance, he’s accused of drifting in-and-out of games often but at PSG, that sense of continuity and faith in his ability has helped provide him the freedom to flourish.

He’s not necessarily their best or most important player but instead a complimentary piece, more than capable of deciding games on his own – as we’ve seen against Napoli, the away leg against United and more recently Marseille among others this term alone. 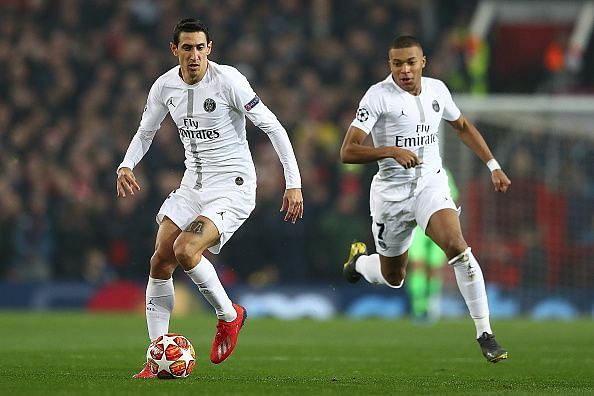 di Maria and Mbappe terrorised Manchester United in their first leg tie, before United did the unthinkable

If United wanted their investment to succeed, they should have done the same. He’s already bettered his goal contribution statistics with PSG in less games than during his tenure at Real Madrid, where he was more successful and given more praise too.

Why? Now, he’s been given the licence to excel quietly in Paris without as much attention as part of a three-pronged attack – without the expectation of being the star attraction. It relates back to due diligence. United were naive: first to overpay for him, then to play him out of position and expect success while still in transition themselves. His overall contribution at PSG cannot be understated and naturally, that’s how he likes it.