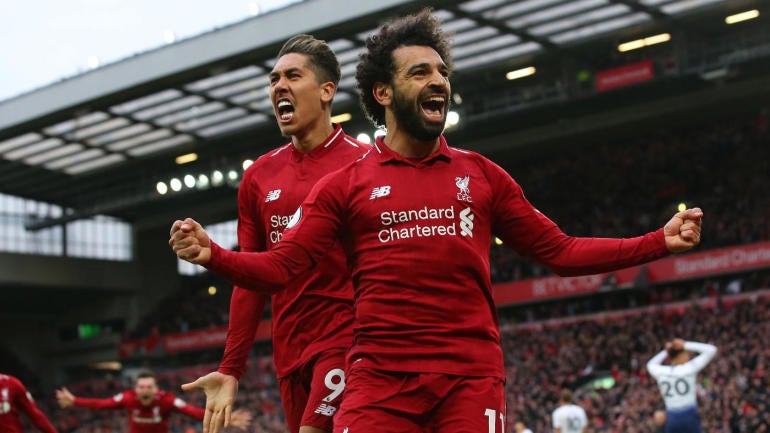 Hugo Lloris’ late mistake proved pivotal as Liverpool returned to top spot in the Premier League with a smash-and-grab victory against Tottenham this afternoon.

Lucas Moura’s devastating counter-attacking finish after 70 minutes meant the game was delicately poised, after Roberto Firmino headed home in a dominant first-half by the hosts.

In truth, he couldn’t miss from such close-range. Andrew Robertson’s exquisite delivery into a dangerous area saw the Brazilian get the better of both central defenders, heading beyond a helpless Hugo Lloris.

Trent Alexander-Arnold and Robertson both made timely interceptions to thwart Lucas as he edged towards goal – Spurs’ bright spark in an otherwise gloomy first-half.

Sadio Mane came close to doubling the Reds’ lead on two occasions – firing wide after Liverpool exploited space on the flanks. Christian Eriksen and Dele Alli were both defensively shackled in midfield, while the hosts were regularly switching the play and forcing indecision aplenty.

Alli, Eriksen and an overlapping Danny Rose came close with individual efforts as Spurs grew in confidence as the first-half wore on. Despite some nervy moments from goalkeeper Alisson, Jurgen Klopp’s men had a slender but deserved one-goal advantage at the interval.

It was perhaps telling that since April 2017, Liverpool have never lost when leading at home in the league (41 wins, 9 draws). Given the magnitude of this game and its implications on their title race against defending champions Manchester City, they couldn’t afford to slip up now.

Things completely change after the break

The second-half was being played at a relentless pace, which suited Tottenham and their counter-attacking tactic – soaking up pressure and breaking with speed and numbers in transition.

Lucas had a penalty appeal waved away before Harry Kane – making his 250th appearance – forced Alisson into a close-range stop to keep his side ahead. Eriksen lurked dangerously but saw his rebound effort blocked out for a corner.

Trippier was free in space on the right, teed up Eriksen who in turn flicked a neat pass into Lucas’ path. He made no mistake to slot home, netting a well-taken equaliser and within a matter of moments, Liverpool’s lead had evaporated. It was game on once again. 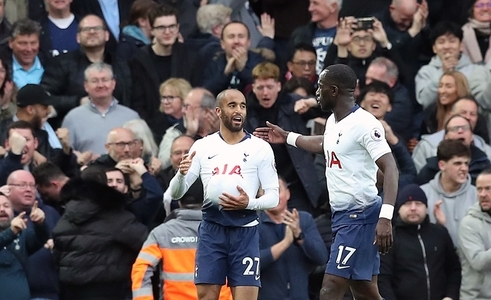 Mohamed Salah was keen to end his goal drought and his decision-making was particularly erratic in the final third when Liverpool threatened. He and Firmino both should have restored the hosts’ lead, before a piece of excellent defending proved a key turning point with five minutes to play.

Klopp opted to go more attacking with a 4-2-4 formation, as Fabinho and Divock Origi were introduced. Given their attack-heavy tactic, they left gaping holes in midfield and van Dijk found himself in a precarious situation – 2v1 – with a marauding Moussa Sissoko on the ball and Heung-Min Son for support to the Frenchman’s right.

Keeping calm, he delayed for as long as possible while encouraging Sissoko to shoot on his weaker left foot – rather than passing to Son, who would have had a significantly better chance of scoring. Eventually, Sissoko continued running and panicked, firing wildly over the crossbar. But just minutes later, that miss proved costly.

Football is unpredictable and cruel at the best of times, but Hugo Lloris’ blunder saw an important result snatched away from Tottenham’s grasp in the dying minutes.

He fumbled, rather than comfortably catching Salah’s headed effort and the World Cup winner could only watch on in agony as the ball trickled over the line after ricocheting off Toby Alderweireld inches from the goalline.

Every time you watch it being replayed, it looks more damning and questionable from Lloris’ perspective. Salah’s header wasn’t powerful and should have been a routine catch for a world-class goalkeeper with Lloris’ pedigree. Rather than that, he caused indecision and panic at precisely the wrong moment – with Alderweireld, Tottenham’s best performer, ultimately getting the own goal to his name.