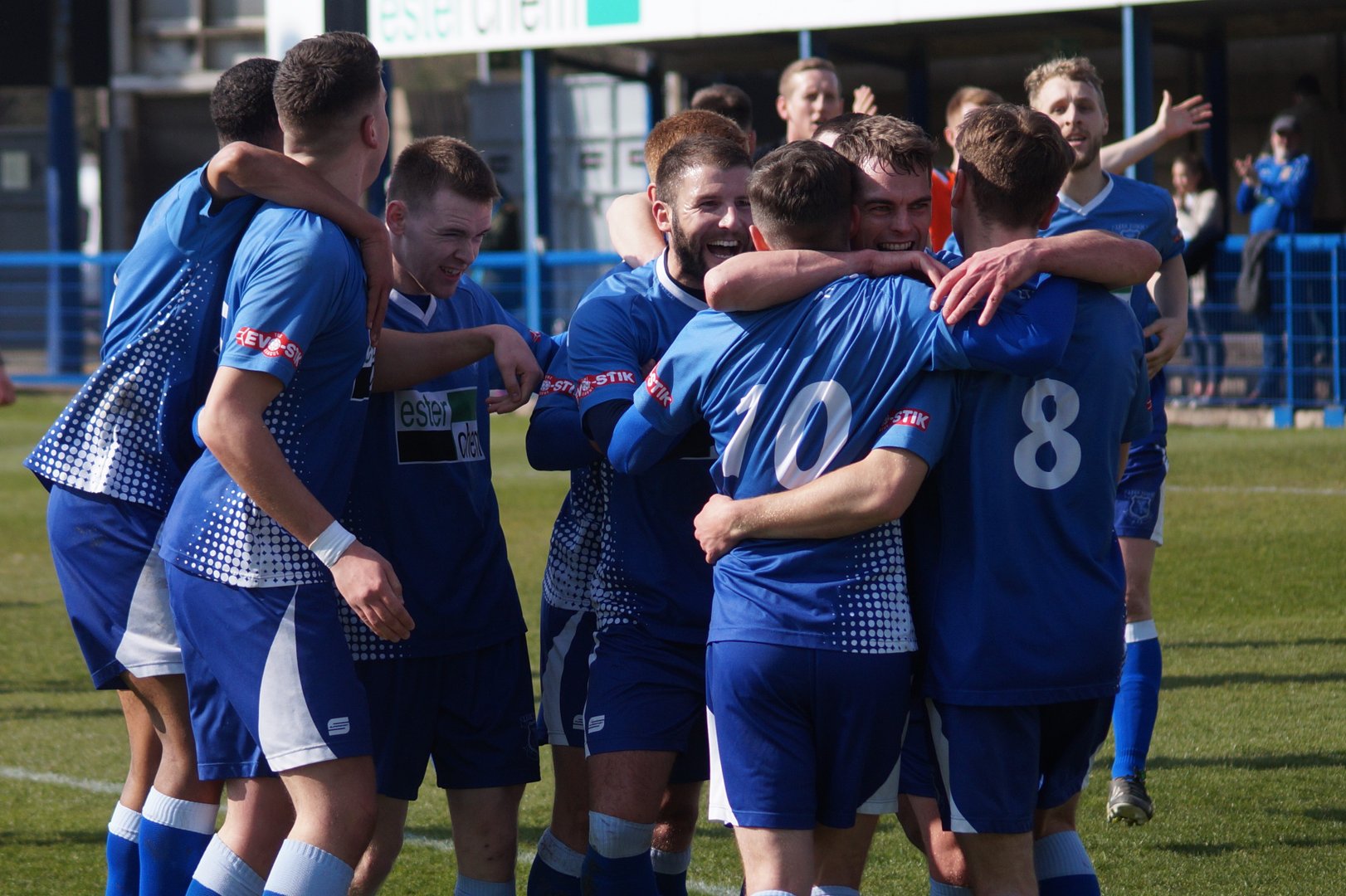 It was a real six-pointer on display between fifth and sixth in the Evo-Stik League West, as the playoff push intensifies with a few league games left this season.

Max Leonard’s excellent penalty just three minutes after the restart gifted Mossley a lifeline, but Leek – buoyed by their two-goal cushion – were the better side and deservedly prevailed to create a three-point gap between themselves and their playoff rivals.

Aaron Bott, Leek’s top goalscorer with 16 this term, started from the substitutes’ bench as manager Neil Baker opted for a different look with the hosts aiming to extend their three-match unbeaten run.

In a cagey affair, the game’s tempo was ruined by a succession of fouls and physical challenges which kept referee Jamie O’Connor busy. However, the hosts settled quicker and had two promising chances before the half-hour mark.

First, Daniel Trickett-Smith’s clever pass into Rob Stevenson saw the winger fire high and wide with the goal gaping and only the ‘keeper to beat. Then minutes later, Tim Grice shot wide after receiving an inviting pass down the left-hand side and baring down dangerously on goal.

Leek were threatening on the counter-attack and Mossley didn’t have much to counter their width. Goalkeeper Josh Ollerenshaw was struggling with his distribution, centre-back Adam Jones regularly gesticulating frustratingly at his teammates and it seemed only a matter of time before the deadlock was broken.

It eventually came after 30 minutes. Good work from Stevenson saw the hosts win a corner, from which Billy Reeves’ speculative effort, 20 yards out, trickled through a crowd of players in the box into the far corner.

Leek continued to attack with freedom and Trickett-Smith was again at the forefront. This time it was his excellent free-kick delivery, met by Niall Maguire, to double their lead after 37 minutes. Mossley were again undone by sloppy man-marking and unsurprisingly, tempers flared afterwards as players protested the goal itself.

The game was slipping away from their grasp and naturally, Mossley needed to respond. Andy Keogh and Leonard combined well in the final third – the visitors were finally awake. Mossley forward Gary Gee saw his snapshot flash narrowly wide of Danny Roberts’ near post and on cue, it was half-time.

At the interval, both sides made a change – Bott coming on for Grice (knock) while Portuguese attacker Raul Correia was introduced for the visitors.

Mossley started the second-half in the same way they finished the first, with purpose and a deficit to overturn. Marc Grocott was penalised for handball after blocking an inswinging cross and suddenly the Lilywhites had been handed a lifeline.

Leonard netted his 17th league goal of the campaign from the spot, firing into the top corner with aplomb. It was game on again. Bott had a considerable impact for Leek and after tireless work out of possession, should’ve had his name on the scoresheet too a minute later.

Trickett-Smith’s probing pass into his path was perfectly weighted, but he hesitated and Ollerenshaw made an important reaction save to thwart him from close-range.

As the match intensified, the officiating consistency worsened – but it didn’t faze Leek. Stevenson was fouled deliberately by Correia on the edge of the box and from the resulting free-kick, the Blues restored their two-goal advantage.

Trickett-Smith’s searching delivery was poorly defended and with the ball recycled back into the box, Jack Sanders headed home beyond a helpless Ollerenshaw – scoring his first goal for the club. 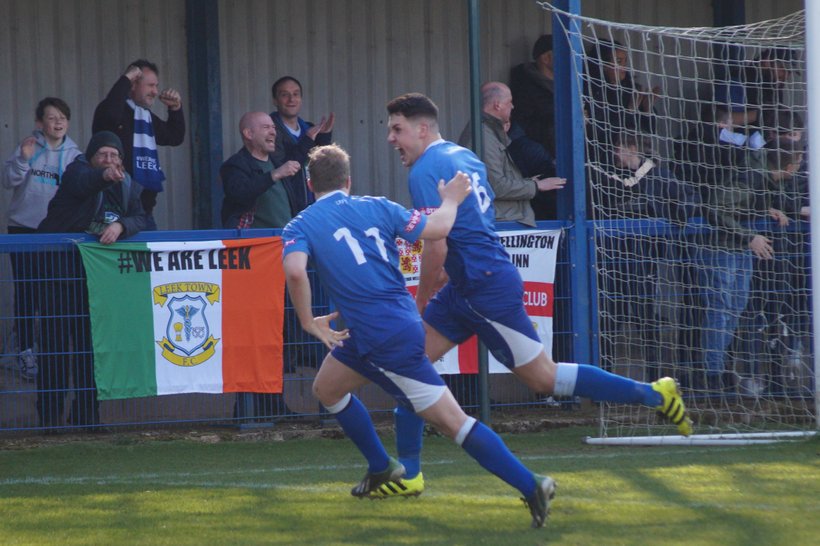 Mossley persisted in their pursuit of a comeback, but the final ball was regularly poor and they struggled to test Roberts. Andy Keogh and goalscorer Leonard particularly were working hard to reduce the arrears, but Leek were comfortable and managed the game well with their cushion restored.

Trickett-Smith, still not at 100% fitness, was replaced after 70 minutes having imposed himself on the game, while Mossley were stifled in the final third. Fullback Rio Adebisi was solid defensively, while Grocott had put his handball behind him – narrowly heading wide from Stevenson’s cross after a surging run forward.

As time ticked down and the referee looked at his watch, Leek established an important three-point gap between themselves and 6th placed Mossley with this result. With five league games left, the Blues need to guard against complacency but were simply too good against a Mossley side who started slowly and struggled with their final ball. That combination proved devastating.