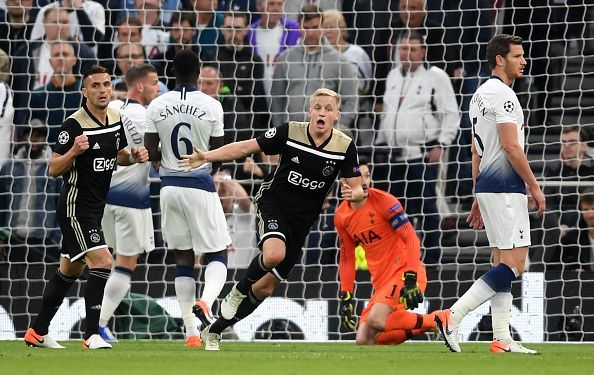 Ajax were deserving winners against an underwhelming Tottenham side in their Champions League semi-final first-leg clash, but who struggled while others excelled?

Donny van de Beek‘s 16th goal of the campaign proved his most important as he helped Ajax to a slender one-goal aggregate lead in their Champions League semi-final tie against an underwhelming Tottenham Hotspur side in north London.

Spurs, who lost their first home game at their new stadium to West Ham last weekend, made four changes and found themselves behind after 15 minutes. Van de Beek’s clever, composed finish beyond a helpless Hugo Lloris broke the deadlock and on another evening, the Eredivisie giants would have been two or three goals ahead.

Fernando Llorente, Toby Alderweireld and Dele Alli all had chances to level the scores for the hosts – but failed to capitalise. They will travel to Amsterdam with a deficit to overturn in next week’s second leg clash. Without further ado, here’s a look at five hits and flops from the clash itself: 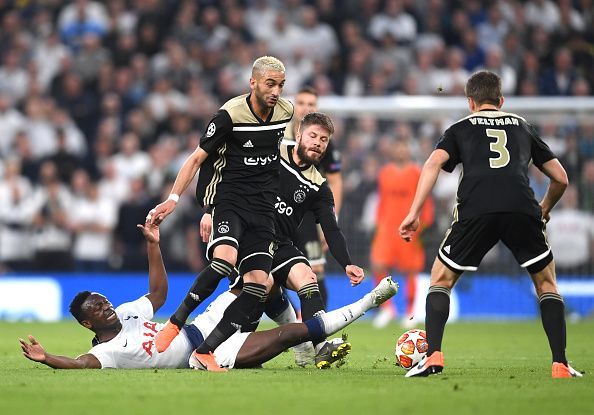 As the picture shows, Wanyama was effectively isolated and his impact lessened by a crafty Ajax

Victor Wanyama won four aerial duels, completed two tackles and interceptions to accompany three clearances on a busy evening in midfield – but ultimately came up short and was exposed by a savvy Ajax side.

They had done their homework, ensuring he was to be targeted in possession from the offset and it visibly unsettled his rhythm early on as Spurs aimed to grab a foothold in the game.

He relinquished possession on a number of occasions, either through being rushed into mistakes or just picking the wrong passing option altogether. Perhaps what was more surprising is that his awful pass completion rate (58.5%) was not a game-low, his teammate Llorente (57.9%) had that accolade.

Moussa Sissoko, a forced change for the injured Jan Vertonghen, provided precisely what was expected of Wanyama and then some. Food for thought. 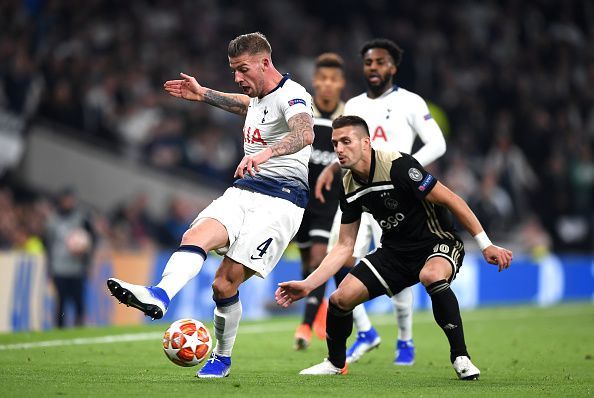 Alderweireld in possession against his former side, where he was reliable as ever at the back

One of four Tottenham players featuring against their former side here, Toby Alderweireld was unsurprisingly the hosts’ best defender and if not for his well-timed interventions, they’d be staring at a deeper deficit to overturn.

It wasn’t a perfect individual display but standing alongside a mistake-laden Davinson Sanchez and an unconvincing fullback pair, he shone brightest as their most important player during testing situations when Ajax probed in search of more away goal.

He won five aerial duels, two tackles, one interception, clearance and completed a block over the 90 minutes. Vertonghen’s unfortunate first-half injury, as bad as it was, is better than first feared after an accidental aerial collision with his centre-back partner.

Toby, who came through the incident unscathed, will undoubtedly be reflecting upon his own missed chances to bring the game back level, with two headed opportunities squandered from promising set-pieces – one of Spurs’ true attacking threats on this occasion. 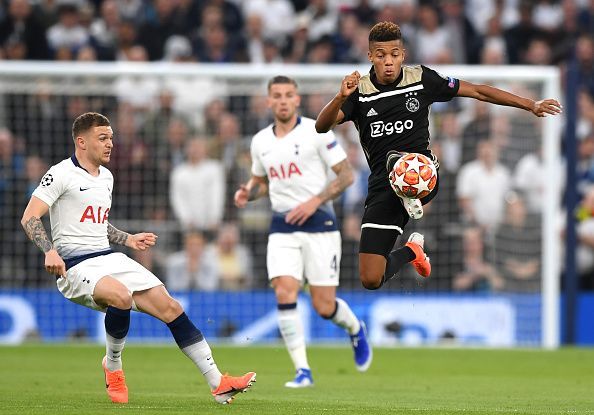 Neres, despite flashes of skill and individual quality, left a lot to be desired from his decision-making

If there’s one significant caveat to David Neres’ game, it’s the consistency of his decision-making.

Arsenal, Liverpool and Manchester United are said to be among a whole host of clubs interested in signing him, but performances like these prove he’s got plenty of maturing to do before he develops and really pushes on to the next level. Dispossessed on seven occasions, he committed three fouls and often rushed into decisions when finding himself in promising areas.

Unfortunate to hit the post but from the angle and situation he found himself in, the 21-year-old should have done more to double Ajax‘s lead. It’s something that could easily come back to haunt them in next week’s return leg and another sign he lacks the clinical touch they long for in the final third.

That he only won two of the 11 duels he competed for speaks volumes, the tricky Brazilian proved too easy to shrug off the ball. Ultimately, it was an average display from a player capable of so much more. 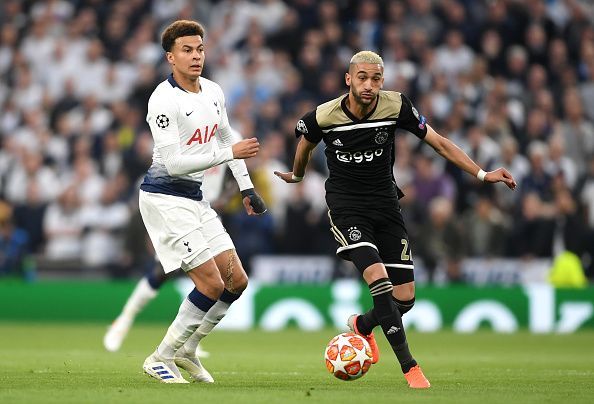 Ziyech took calculated risks, was silky in possession and dangerous as Spurs’ backline found out

With two key passes, a game-high six tackles completed, some silky dribbling and crucially the game-winning assist to accompany his performance, the Moroccan did his reputation no harm in north London on this occasion.

Ziyech took more risks with his passing and overall creativity, which ultimately paid off and left Spurs players with an unwelcome dilemma to ponder: doubling up on him out of possession or risk giving him the freedom to roam forward at will, creating chances and causing indecision whenever he edged near Lloris‘ area.

He won eight of his 14 duels, which shows precisely how it went – Tottenham failed to effectively deal with him, the intelligent movement and close-control dribbling he possesses. As a result, a number of important interceptions and last-ditch interventions were required to avoid the scoreline from intensifying in the visitors’ favour. 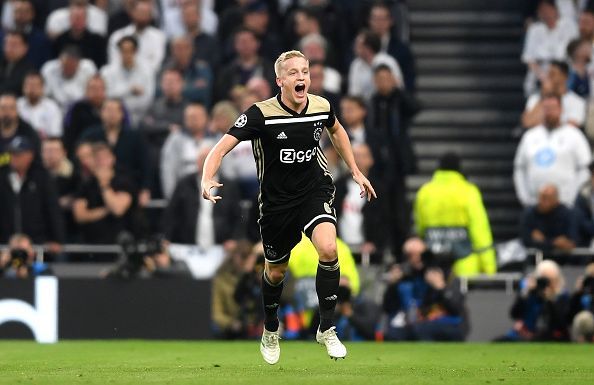 Matchwinner. Donny van de Beek was touted as next season’s Frenkie de Jong – the man Ajax would build their team around – but after displays like these in season-defining moments, who’s to say they won’t receive offers they simply cannot refuse for his services this coming summer?

He showed great awareness and composure to stay onside, taking his time before ruthlessly converting Ziyech’s pass in the box after 15 minutes, breaking the deadlock early on while causing indecision and confusion among Tottenham’s backline.

Just like many of his teammates though, it wasn’t creativity alone which stood out from his display. He completed two key passes and dribbles, but also won two aerial duels, interceptions, four tackles and a clearance too. Spurs struggled to handle him throughout and it was another excellent display by a fearless midfielder with nothing to lose.