In the first of two all-English European finals this week, London rivals Arsenal and Chelsea clash in Baku. There’s more at stake than meets the eye too…

London rivals Arsenal and Chelsea are set to face off, having a golden opportunity to finish an arduous campaign with the UEFA Europa League trophy up for grabs in Baku tonight.

Both teams have endured inconsistent spells during their first season under new management. However, Maurizio Sarri‘s Chelsea have already qualified for next season’s Champions Leagueafter finishing third in the Premier League.

Unai Emery‘s Arsenal have their work cut out against an unpredictable Blues side – who beat Benfica to win the Europa League back in 2013 under Rafa Benitez – and boast more experience in finals over recent seasons.

Despite a superior record in recent years, Chelsea’s edge over the Gunners has gradually loosened since Jose Mourinho’s second departure in December 2015. They have only won three of eleven meetings since and lost 2-0 in their most recent fixture, back in January.

Goals from Alexandre Lacazette and captain Laurent Koscielny were enough for Emery’s men on that day, and the Spaniard will be hoping for more of the same as he looks to claim a record-breaking fourth Europa League trophy.

The major team news coming into this fixture is the availability of N’Golo Kante. After all, the World Cup winner is one of the world’s best midfielders. He has been struggling with hamstring and knee injuries.

He was not expected to travel altogether, did so but could only manage 25 minutes in training before trudging off down the tunnel yesterday. He’d hate to miss out a game of such magnitude, so time will tell whether he does. 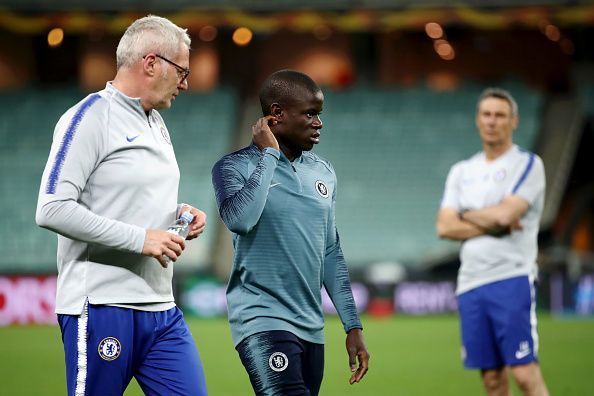 Kante has struggled with recent hamstring and knee injuries, so might not feature

Sarri’s love for the 4-3-3 means Jorginho is expected to partner Ross Barkley or Mateo Kovačić if Kante doesn’t, while Pedro and talisman Eden Hazard should combine with former Arsenal forward Olivier Giroud in Chelsea’s front three.

This could and probably will be Hazard’s last game for Chelsea, so he’ll be looking to depart in style. Having missed the 2013 final through injury, there’s added motivation to perform with silverware on the line against a team he relishes playing against.

As for Arsenal, Emery could spring a surprise or revert to the norm with the same 3-4-1-2 formation he used at the Mestalla in last month’s semi-final win over Valencia.

Mesut Özil should sit ahead of Granit Xhaka and Lucas Torreira in the number ten role, looking to pull the strings and create chances for their deadly attacking duo: Pierre-Emerick Aubameyang and Lacazette. Between the pair, they have netted 50 goals and created 21 assists across all competitions, despite not always featuring alongside one another in attack this term. 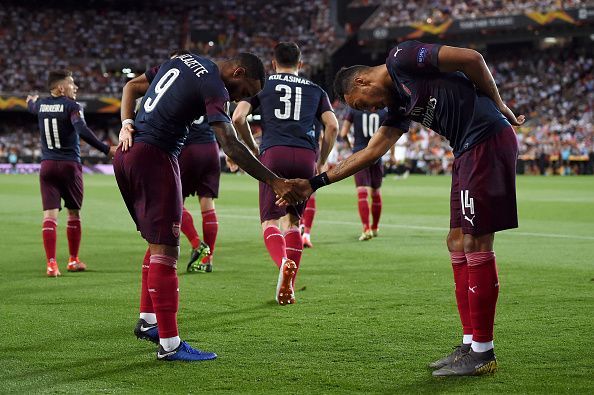 It’s not all about the strikers though: the midfield battles are certainly there to be won and lost. £60m man Jorginho has flattered to deceive a lot, while Kovačić – despite flashes of individual brilliance – is often accused of playing too conservatively and not taking control of games like previously for Inter and Real Madrid.

Torreira has emerged as an excellent signing this season, despite questions over his suitability and slight frame. Xhaka has been quietly brilliant at times, but equally frustrating and prone to needless mistakes too. All four can play a pivotal role in deciding their team’s success.

As previously mentioned, this is an important fixture for both – don’t be fooled. Arsenal need it more though, if they want to play Champions League football in 2019/20 and attract top-quality players this summer.

It means they’ll probably play with more bravery and aim to start quickly, catching Chelsea off-guard. Although neither defence is particularly convincing, it’s something that will backfire if they don’t take their chances. As we’ve seen on countless occasions this term, Arsenal’s backline is far from watertight and if they allow the Blues to get settled, their quest for Euro success could end in heartbreak.