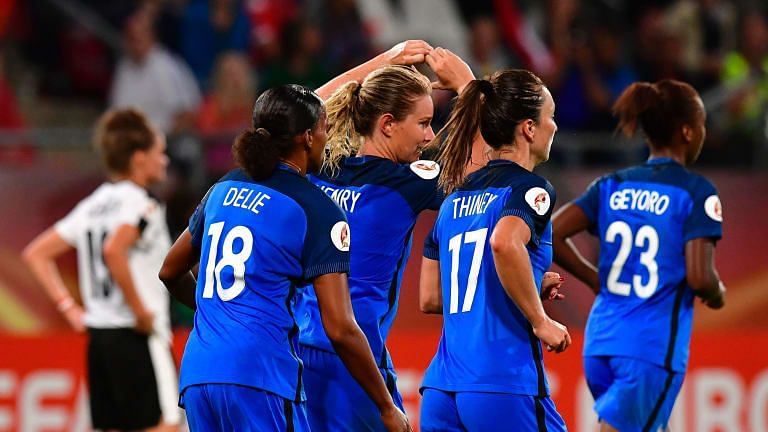 A look ahead at host nation France, who are aiming to atone for previous tournament failures and win this summer’s World Cup on home soil…

Host nation France will begin their 2019 Women’s World Cup campaign on June 7, when they entertain South Korea in the tournament’s curtain-raiser at the Parc des Princes.

With Norway and Nigeria among them in an intriguing Group A, Les Bleues will be eager to emulate the success of their male counterparts twelve months earlier – not least being the hosts, after all.

Having lost on penalties against Germany at the quarter-final stage four years ago, as well as a 1-0 defeat by England at the same stage in the Euros two years on, it’s certainly time for France to step up and prove their mettle. Closing out hard-fought matches against tough opposition is never an easy task, but instead proof of a winning mentality.

It’s not as if the squad lack that, either. Seven of Corinne Diacre’s 23-player squad play their club football for Champions League winners Lyon, while Élise Bussaglia (Dijon) and Gaëtane Thiney (Paris FC) are among the quality veterans who ply their trade elsewhere.

With narrow defeats etched in their minds, they’ll want to right their wrongs in style over the next month. Key players across the pitch entering the peak years of their respective careers, perhaps this is now or never for France’s current generation at this level.

Wendie Renard: You don’t get to 100+ international appearances for France without being one of the world’s best in your position. Renard is precisely that: a towering figure who leads by example from the back, intelligent and a bonafide set-piece threat to boot. Standing 1.87m tall, her spatial awareness and ability to cut out danger in its tracks is fantastic to watch.

Although she was controversially stripped of the captaincy following Diacre’s arrival, she hasn’t let that decision affect her game and the ever-improving partnership between herself and at the back will prove key to their hopes of securing glory on home soil this summer.

Amandine Henry: Who did Renard lose the captaincy to? Henry, who herself is a worthy recipient of such an honour. At 29 she too is in the peak years of her career and leading by example in a role that doesn’t get enough credit – the base of midfield.

Tireless, a great passer and notorious for her ability to strike from distance, the Lyon midfielder is among the best in her position and covers a variety of responsibilities to perfection. Her sheer class, experience and defensive nous will be key if France are to go deep in the competition.

Eugénie Le Sommer: If Les Bleues are to succeed this summer, they’ll need their attack-minded players to flourish. They need not worry about Le Sommer, who at 30 continues to progress as a player and bolster her impressive goalscoring records while doing so.

A real matchwinner with the technical ability, low centre of gravity and versatility to play across the frontline, she’s efficient with her opportunities and opposition defenders must be wary of the threat she poses, otherwise she’ll happily win games on her own.

As previously mentioned, quality and experience isn’t the problem for France and naturally, their expectations are justifiably high. Ultimately, it’s about how they fare with the stakes at their highest and should they progress through as group winners, their clinical edge and composure in the final third will be thoroughly tested.

Defensively, they’re a strong unit and creativity in midfield not a problem either – but with the tag as favourites, will they relish the opportunity or wilt under the pressure?