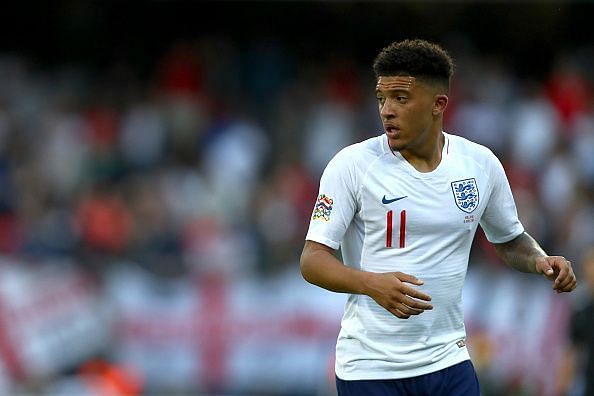 After emerging for England’s senior side and excelling for Bundesliga runners-up Borussia Dortmund, what’s next for the talented teen?

The dust is beginning to settle in what has been an eventful campaign across all competitions for Borussia Dortmund‘s Jadon Sancho, at club and international level.

After heartbreak on the final day saw BVB miss out on their first Bundesliga title since 2012/13, the frustration of being pipped by fierce rivals Bayern Munich has already fuelled him and his teammates on for a resurgent showing next season.

“It’s really difficult, we played really well and did everything we could. We were unlucky this season, congratulations to Bayern. We’re going to work even harder next season and hopefully win it.” – Sancho after Dortmund’s 2-0 win over Gladbach on the final day three weeks ago

All in all, this was a brilliant season for the 19-year-old in his second season as a professional. Last term was the bedding in process, settling into new surroundings in Germany, which didn’t take him long either.

After creating a bond with the likes of captain Marco Reus, Mario Gotze and Pierre-Emerick Aubameyang, who has since departed in a big-money move to Arsenal, it seems only a matter of time before he follows the Gabon forward’s footsteps back to England. 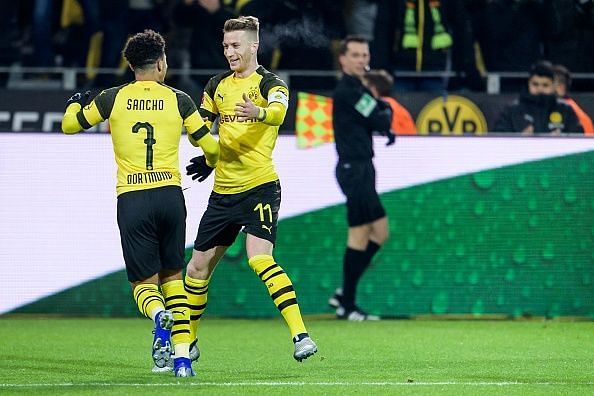 Sancho’s progression as admirers watch on

With 13 goals and 19 assists in 43 games across all competitions for Dortmund, his dazzling play style and impressive goal contribution stats have quickly seen him win admirers aplenty.

Manchester United‘s interest in him, despite two-and-a-half years with local rivals City, continues to intensify. Their failure to qualify for the Champions League, coupled with instability under Ole Gunnar Solskjaer this summer means they’ll have to bide their time before attempting to complete a big move for him, but that’s all just paper talk for now.

Earning his maiden call-up to England’s senior side under Gareth Southgate in October, he enjoyed an encouraging cameo against World Cup finalists Croatia before creating an assist against the US the following month.

There, he played against club teammate and fellow winger Christian Pulisic – whose own development has been somewhat stifled by Sancho’s rise at Dortmund. 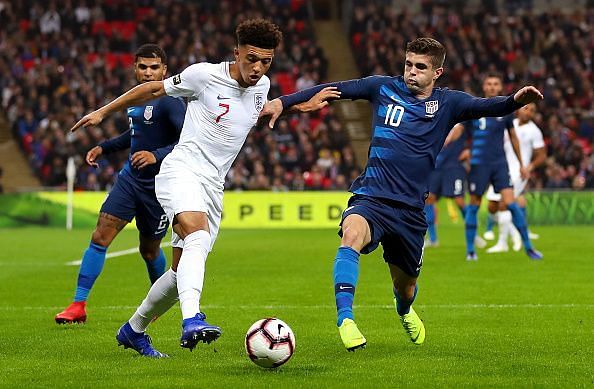 Sancho and Pulisic, club teammates, in action during England’s friendly win over the United States

Competition for places and minutes is fierce for a reason, after all. Pulisic is set to join Chelsea in a £58m deal on July 1 and would’ve felt weird on that evening at Wembley but for Jadon? It’s all part of the process.

“Playing for England is something I’ll never forget, I need to thank Dortmund for that. Without this opportunity I wouldn’t have made my debut – I’m staying. I just want to play football, am very grateful to them for giving me this chance and want to keep working hard to make history as part of this club.”

Frustrating experiences set to spur him on further in future

This term has proven a welcome learning curve for Jadon and the bittersweet experiences will provide him extra scope for growth in future. A comprehensive 3-0 defeat by UCL finalists Tottenham at Wembley was perhaps the most memorable, not least after his excellent first-half display.

After the break, he and his teammates fizzled out. Spurs’ backline were quicker, more physical and clever with their defensive tactics to isolate him and proved successful in keeping him quiet. Knocked out in the last-16, it wasn’t all bad: scoring his first goal among Europe’s elite against Atletico Madrid, he was a constant threat and has asserted himself as one of the first names on a weekly basis.

Naturally he’s not without his weaknesses but talk is cheap: he must keep his head down and avoid being distracted by the lure of transfer talk. Just as quickly as you’re a highly-coveted superstar, people are quick to forget. Fickle yes, but with plenty of examples, one wrong career move or decision could prove detrimental.

Plenty were quick to criticise Jadon for leaving and yet, his decision was justified – if not poorly-handled. City’s golden boy Phil Foden, two months younger than him, has been used sparingly again this season and it’s a far cry from the Player of the Tournament who stole the show as England won the U17 World Cup in October 2017.

It’s proof that everyone’s journey is different but his move has helped a generation of English youngsters venture abroad in search of first-team opportunities, like Everton’s Jonjoe Kenny, who joined Schalke 04 on-loan yesterday. 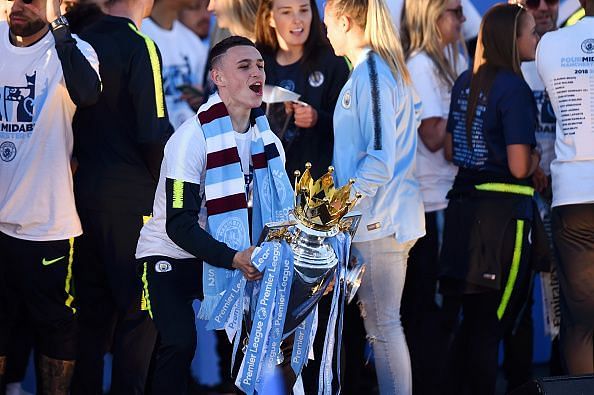 Despite City retaining their title, Foden only played 327 PL minutes this term – an average of eight per game

Exposure but in a league where everything is fairly low-maintenance unless you’re at the top, it’s allowed Jadon to progress fairly under-the-radar. The speculation surrounding his future means performances are being scrutinised in more detail but that shouldn’t faze him either.

All he needs to do is maintain his consistency, continue refining his game and get more goals. It sounds simplistic but a winger of his ability doesn’t just score the typical goals you’d expect from someone in his position. Spatial awareness and anticipation are important but he needs to be more aggressive and selfless at times, picking the right moments to take over – rather than always feeding others – in tricky situations.

The lazy perception that Germany’s top-flight is a one-team league has been silenced again in recent months while Sancho’s arrival has helped add more unpredictability and energy to a league not many invested interest in.

As for England, he’s comfortably their best under-21 prospect and undoubtedly a player to build their team around for years to come. Despite 75 minutes over two Nations League fixtures and encouraging flashes in Portugal this past week, it begs a bigger question: why is he not with Aidy Boothroyd’s young men ahead of the U21 Euros, which start this weekend?