Liverpool are close to agreeing a one-year extension for midfielder Alex Oxlade-Chamberlain, while reportedly pulling themselves out of the race to sign Lille’s highly-rated winger Nicolas Pepe this summer.

Oxlade-Chamberlain, 25, has endured a frustrating twelve months with lengthy and troublesome injuries – despite an encouraging debut campaign on Merseyside in 2017/18.

He made two brief Premier League appearances in April and May having recovered from a long-term cruciate ligament injury, but had to settle for a place in the stands to watch his teammates beat Tottenham on June 1 to win their sixth Champions League title.

The versatile Englishman has three years left to run on his existing £120,000 deal, though the Reds are keen to extend it a year further. Neither the club or Alex himself are believed to be in a rush over finalising an agreement, as it is viewed as inevitable at some stage.

The offer – yet to be formally made – will be just reward for the professionalism and dedication The Ox has shown during his gruelling rehabilitation programme. However, it’s not just about sentiment: there’s hope within that they don’t need to sign any more attack-minded players to bolster their options this summer.

Given his ability, the hope is that injuries are finally behind him for good, as Klopp has continued to speak highly of him and feels it’s only a matter of time before their patience is rewarded. 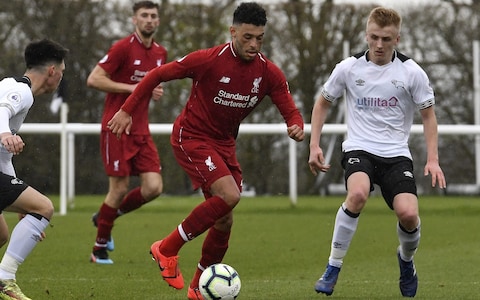 Despite an excellent season for the Ivorian, who scored 22 goals and created 11 more in 38 Ligue 1 appearances last season, Bundesliga champions Bayern Munich are said to be frontrunners for his signature – even if Liverpool have been linked in recent months.