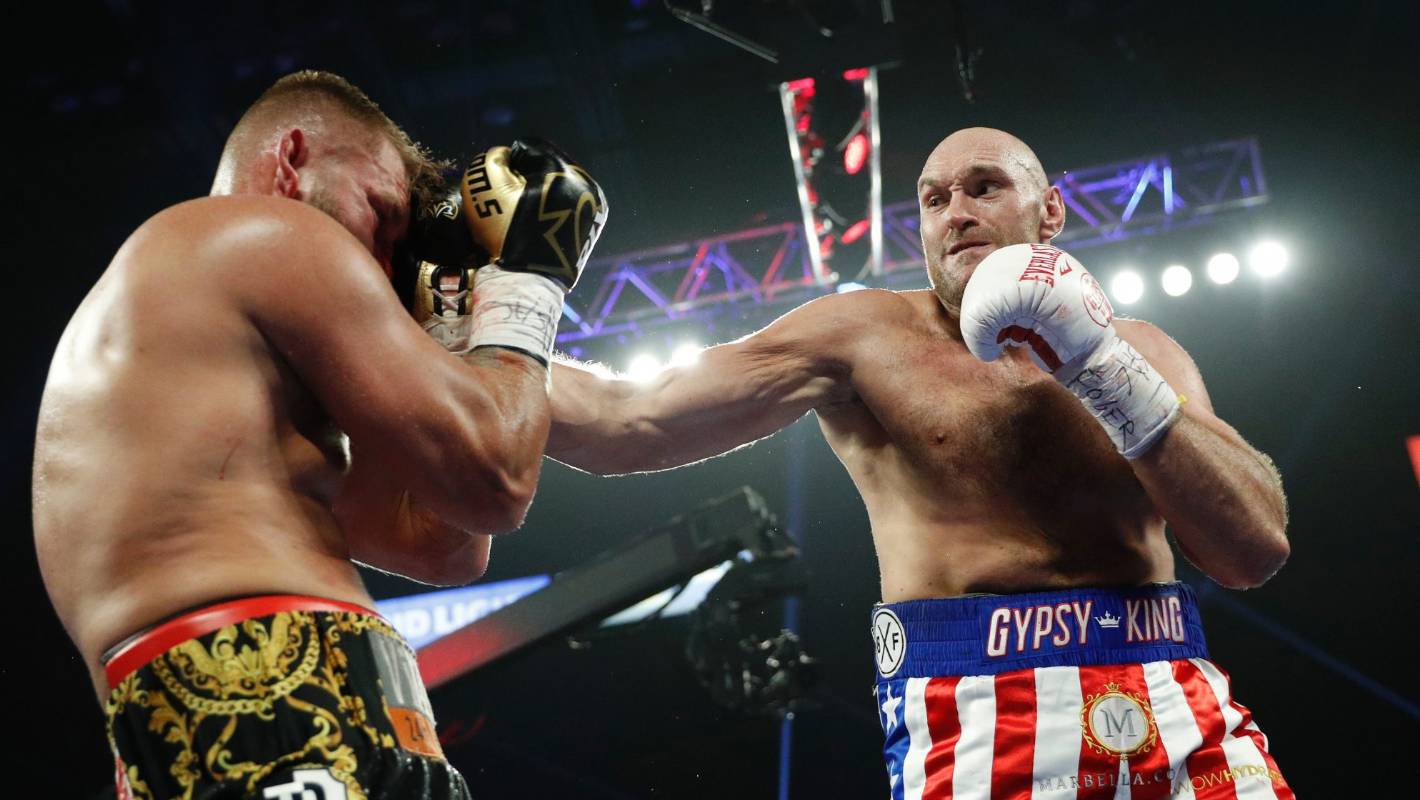 Making his Las Vegas debut with an eye on Deontay Wilder ahead of their 2020 rematch, it was crucial Fury made a statement. Doing precisely that, he also ended an unbeaten streak too with a dominant display at the MGM Grand Garden Arena.

No-one really expected Fury to lose once this fight was announced, but then again, boxing can be an unforgiving sport where shocks often prevail when you least expect them. Just ask compatriot Anthony Joshua, who lost his three titles and unbeaten streak in stunning fashion two weeks ago against Andy Ruiz.

It’s why the 30-year-old stressed his importance was on delivering a good performance and another victory against a fairly unknown opponent in Tom Schwarz, who was unbeaten in 24 previous fights with 16 KOs.

The fact that the German only featured in three of the eight rankings for top 10 heavyweights across the world though, speaks volumes. So despite the 25-year-old making a purposeful start, Fury’s class quickly prevailed and the difference in quality between the pair was soon apparent.

Attempting to push the pace while keeping his guard up proved counter-productive for Schwarz, against a rangy Fury who quickly sussed his opponent out. Changing stance from orthodox to southpaw allowed him extra space to lure Schwarz towards danger, where he’d let a number of combinations fly and collectively the crowd sensed they were in for a show.

Schwarz certainly came to box and if not for Tyson’s excellent movement, would’ve enjoyed more success in exchanges. He ducked, weaved and countered with ease, leaving the German feeling silly upon occasion as Fury’s showmanship skills were soon in full swing. Hands down, nodding at the crowd and lapping it all up, Fury was enjoying himself.

That didn’t last long though, because he also intensified his punch output in the second round – to devastating effect. A clean uppercut, hard hooks to the body and two-punch combos were all he needed to leave Schwarz with a bloodied nose and kneeling on the canvas.

Referee Kenny Bayless assessed the German, who stood out and claimed he was okay to continue – but with 20 seconds or so until the final bell, he was merely a sitting duck on the ropes. A flurry of unanswered punches followed, leaving Bayless no choice but to stop the fight after 2:54 and sealing an impressive Fury win. 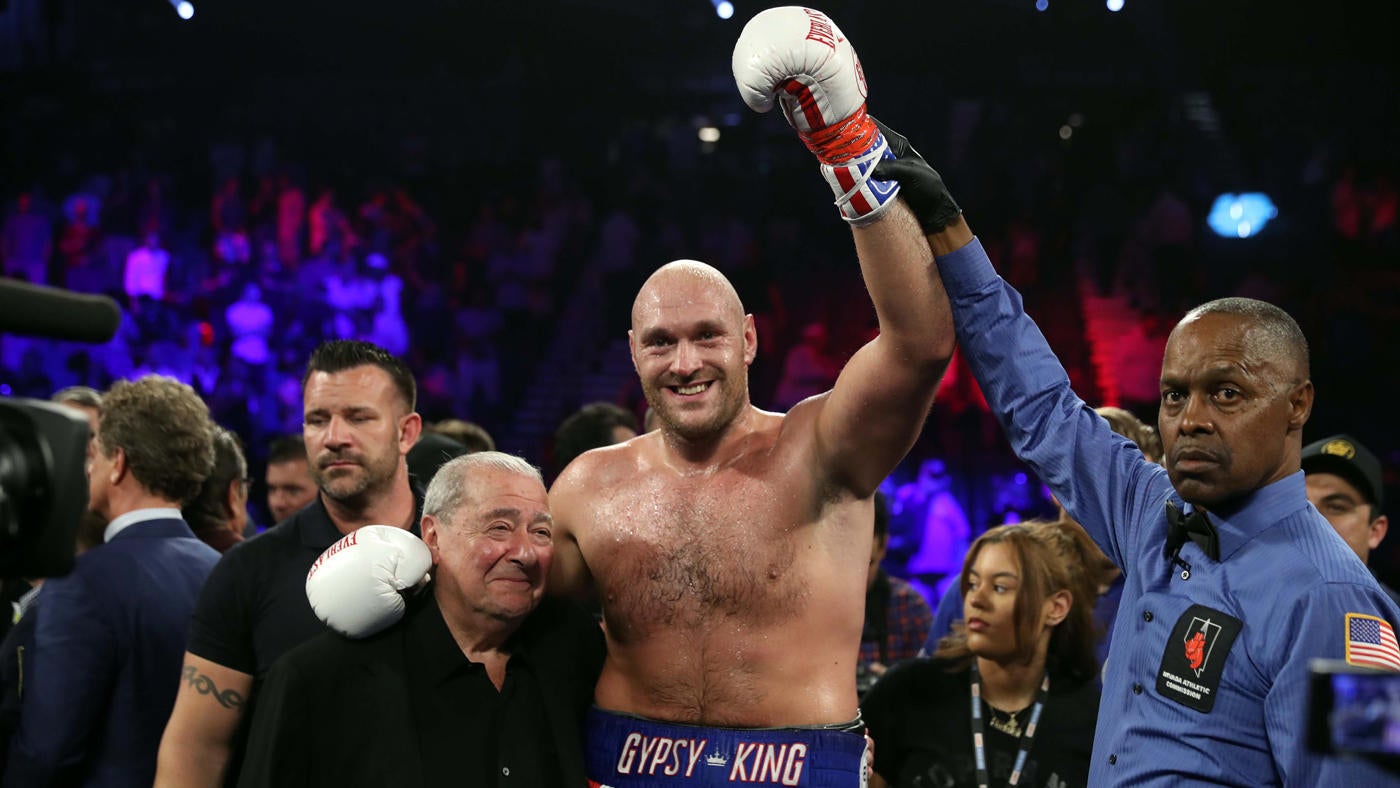 “Thank you America, God bless you all! The key for me tonight was to enjoy myself. I used the jab, was slipping and sliding, hands down. Switched up to southpaw, caught him with a straight left and it was a good shot that would’ve put anyone away.”

On his weight increase since the draw against Wilder back in December: “I put on an extra 12 pounds and I really, really feel it. I haven’t had a full year out of the ring this time, I had a few months and I’m back. Return of the Mack, the Mack is back, the lineal champion.”

On what’s next for him after such a dominant performance –

“What’s next? [Co-promoter] Bob [Arum] will tell you that. We have got either September 21 or October 5, then next year we are going to hunt down Deontay Wilder and make him give me that green belt!”

Fellow British heavyweight Dillian Whyte was the complete opposite with his immediate assessment of the fight on social media, as he tweeted: “Can’t believe I stayed up to watch that joke of a fight… Fury should be ashamed of himself, running away from me and fighting these chumps, my mother would have knocked out Tom the bum in a round #GYPSYBUM #BUMCITY”

Whyte is scheduled to fight against Oscar Rivas on July 20, so should he come through unscathed in that bout, he could potentially face Fury at a later date in 2019 – given his insistence on a fight against Wilder for the WBC belt too.

Fury’s performance was an eyecatching one, despite the quality of his opponent. Yet again though, the heavyweight division continues to intrigue.