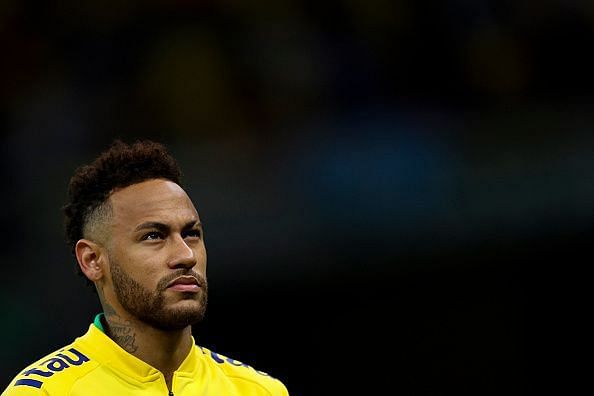 With reports suggesting he’s set for a return to Spain this summer, here are three reasons why PSG should finally cut their losses and sell Neymar after all…

Ever since Neymar completed his shock world-record move from Barcelona to Ligue 1 champions Paris Saint-Germain, reports have emerged regarding a possible return to Spain.

PSG matched his release clause and were content to pay an eyewatering €222m (£200m) fee for a Brazilian entering the peak years of his professional career, though not all has been rosy since arriving in Paris two summers ago.

Two season-ending injuries at crucial parts of the 17/18 and 18/19 season saw him miss Champions League ties against Real Madrid and Manchester United – both his teammates ultimately lost – while he struggled to perform at his best in last summer’s World Cup too.

Neymar has enjoyed a number of highs while bringing excitement to a league regularly criticised for lacking a competitive edge at the top, though Les Parisiens haven’t really progressed as they would have hoped and must reassess after costly mistakes have seen them squander chances to prove their mettle as one of Europe’s true elite sides.

With all that in mind, it’s high time they are ruthless and cut their losses with Neymar this summer as former side Barca and others reportedly circle. Here are three reasons why:

#3 He’s a bad influence, not dependable – proves not all publicity is good 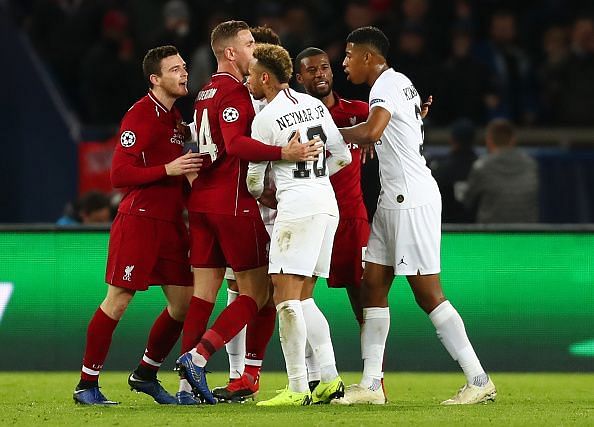 He has questioned the league’s quality on a few occasions and this criticism only makes him more of a target if anything – for opposition defenders eager to make their mark. For someone of his ability, he showboats far too often yet flatters to deceive against tougher opposition and when up against better defenders who have clearly done their homework on him.

There are a multitude of instances where he’s made headlines for his behaviour, both on-and-off the pitch, whether that be needless red cards, provoking reactions or starting conflict. That in itself isn’t a good look for PSG themselves nor the league, whose credibility continues to suffer as a result.

Meanwhile, it doesn’t set the right example for budding youngsters or his teammates: instead giving the impression that if you’re talented enough, you can get away with being petulant and sly in how you conduct yourself in matches. This mentality is damaging and although excuses can occasionally be made in exceptional circumstances, it doesn’t help matters when your star isn’t a dependable one either.

He has been there for two seasons and in both at the business end of the campaign, he has suffered two season-ending injuries. You could argue the first, where he fractured his foot against Saint-Etienne in February, was unfortunate but ultimately self-inflicted. With just days before their Champions League return leg against Real Madrid and a 3-1 deficit to overturn, was that just a poor coincidence? Or typical from a player who tends to go missing in big games, as he did in the first leg at the Bernabeu?

Well, call me sceptical but the same thing happened again this past season before their two-legged tie against United. He injured his metatarsal in a Coupe de France game on January 23 and only featured five times (all comps) between mid-April and mid-May before joining up with Brazil this month. When you’re as fragile as he is, why persist to play the way he does? His play style is risky and by inviting so many challenges, it’s unsurprising he sustains injuries more often than not. Why not refine your game?

He relishes dribbling past players, which is good in calculated doses but when you’re injury-prone and that style isn’t productive, surely you think about avoiding needless contact and reducing the risk of recurring injuries? Not in his case. He’s too arrogant and stubborn to see that isn’t a sustainable way to play so a number of his injuries, as unfortunate as they may be, are self-inflicted.

#2 Look at the long-term picture, build around Mbappe 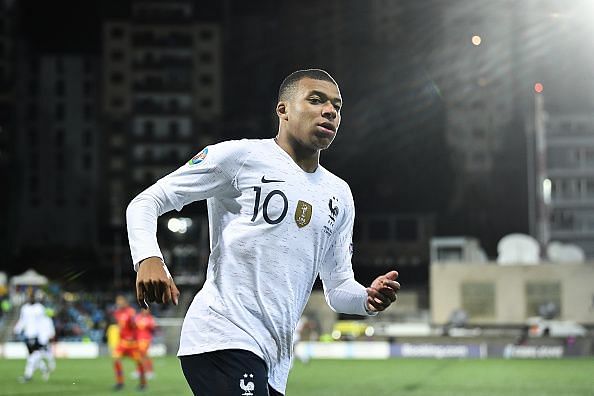 From PSG’s perspective, they have to look long-term. For all their shortcomings in recent seasons, they want and must keep improving – casting their minds back to how things were pre-Neymar and what they might look like without him, because he has caused more harm than good.

Selling him would present them a welcome challenge: reinvesting the money wisely, addressing the club’s issues and improving quality while doing so. He has a number of demands, privileges and responsibilities that place his importance above teammates which doesn’t set a good precedent to them while making it easier to blame him when things fail.

If they want to keep their key players, i.e. Marco Verratti and Kylian Mbappe among others, while attracting generational players like Matthijs de Ligt in future, they need to build a team around one star and have a clear vision in mind.

The way they do that? Appeasing Mbappe’s desire, especially if they are serious about his untouchable status and want him to be there for a number of years to come. Everyone has known for two years now that a move to Barca or Real is certainly on the cards and appears only a matter of time.

Kylian isn’t 21 until December and already one of the world’s best players, having only been in Paris for two seasons. There’s murmurs he is unhappy which again, don’t come as a surprise given how much they’ve underachieved with the squad they have – they have little to show for their quality and his speech at last month’s LFP awards ceremony was a sign of things to come, a timely warning that if they don’t reach their ceiling, he and other prized assets will not hesitate to depart for pastures new.

PSG have always been heralded as this lucrative, exciting project that lure talented players into joining them in negotiations. However, you can only pitch something like that as this big thing for so long: if you don’t start producing results, what’s the point?

People are increasingly aware this is their current situation, by far and away France’s best team but that crucially doesn’t translate in Europe – which just isn’t good enough. It’s been the same old story for more than five years now and they still have nothing to show for it, so why waste the peak years of a talented core to ultimately be stifled by Neymar? Instead, you can build around Mbappe and get further with better young players, quality, depth and less fanfare too.

#1 He doesn’t want to be there, angling for Spain return 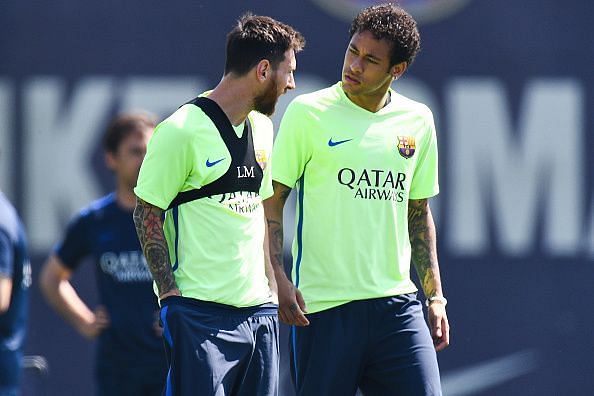 Despite wanting to be his own man without Messi, Neymar has continued to stoke the fire ahead of a return

This is football’s worst kept secret and has been for twelve months or so now – various media reports claimed he missed Barcelona, the competitiveness of Spain, the fierce derbies and opposition last summer.

In hindsight, you look back and ask whether he should have left in the first place? Probably not. He was comfortable at Barca and treated as a star, as part of the deadly MSN trio alongside Lionel Messi and Luis Suarez.

Instead though, he wanted to be his own man and not under Messi’s shadow. Look how that’s going for him! Now, he’s suffering the same fate but instead alongside a younger, more marketable World Cup winner in Mbappe – who is also seven years younger.

Ultimately, what has he got to show for such a brave move? Some league title medals in a competition where rivals are completely inferior? That’s not good enough for someone who has been underwhelming when it mattered most and will his fortunes change anytime soon? Doubtful at best.

It’s a classic case of being careful what you wish for: he’s his own man now and unhappy, but no player is bigger than the club. PSG know that and can still command a respectable fee for him, even if they’d be taking a loss on the £200m investment they boldly made.

“I want to build a new dream and achieve a new challenge with my teammates and family. I’m very happy to be another Brazilian to play for a great club in a great country. I heard people criticise Ligue 1, I have spoken to players about it, there are no easy games here. It is a big challenge for us to win the league again – we have great potential to be the world’s greatest club.

I want to write history at PSG, there are new challenges and our biggest is the Champions League, but we want all the trophies. If I was following the money, I would be somewhere else in other countries. I’m glad PSG believe in me.” Neymar during his PSG unveiling two years ago

The tide has shifted and he’s wasting his peak years right now, having clearly not done his due diligence. Ultimately, it was exciting to begin with but the novelty quickly wore off and PSG found out the hard way. He’s a flawed star and given their ambitions, one they cannot afford to carry.

Not committed to the club, he doesn’t care enough and it shows – so why should they keep him? Instead, they need to invest smartly and rebuild by signing a world-class centre-back, midfielder in the Blaise Matuidi mould like Tanguy Ndombele and replace him with a quality attacker while return stronger for the experience in 19/20 and beyond.