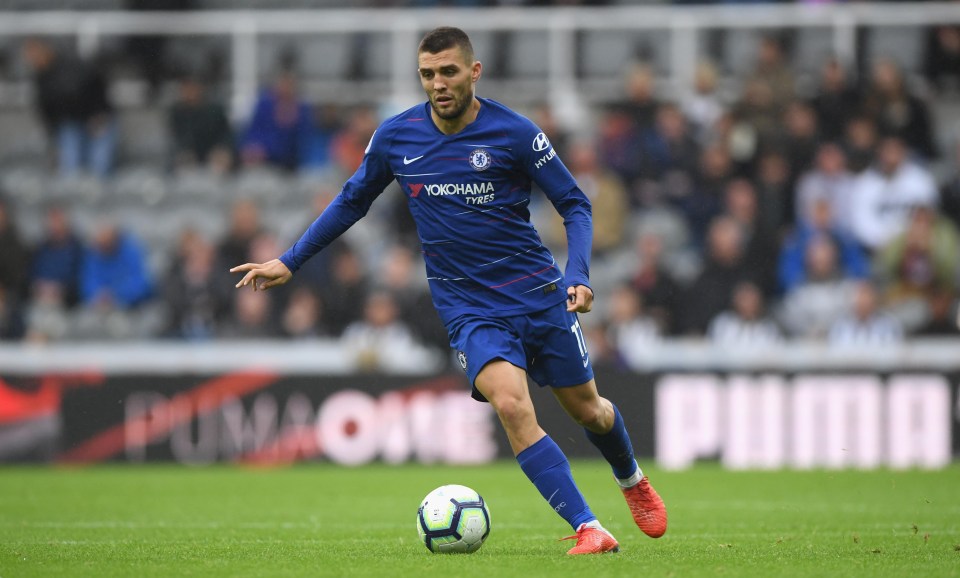 The Blues, set to begin their two-window transfer ban this summer, have bypassed their constraints by activating a clause in the midfielder’s loan deal to sign him permanently.

Europa League champions Chelsea are set to complete the permanent signing of Mateo Kovacic for a reported £40m transfer fee, after agreeing a deal with La Liga giants Real Madrid.

The agreement means Zinedine Zidane will recoup almost half of the £88.5m they paid themselves to sign Eden Hazard earlier this month. Kovacic spent last season on-loan in west London and made 51 appearances across all competitions during an eventful spell.

How have the blues beaten the ban then?

Chelsea, who have been suspended from completing any incoming deals for the next two windows starting July 1, retained an option in his initial loan deal to buy the World Cup finalist on a permanent deal last summer.

As he’s still officially registered as a Chelsea player, they can push through his deal – even with former side Inter and league rivals Tottenham among those interested in the midfielder’s services.

Elsewhere at the club, club legend Frank Lampard continues to edge closer to an emotional return to Stamford Bridge as their new manager. Maurizio Sarri’s departure for Juventus earlier this month opened the door to a wide range of managerial candidates, though the Derby boss remains top of their shortlist and is said to be involved in talks.

Ruben Loftus-Cheek, who ruptured his Achilles during a post-season friendly in the US, continues to recover and will not be expected back before Christmas.

Callum Hudson-Odoi meanwhile, has posted a video on social media with him stepping up his recovery from the same injury – sustained in April against Burnley. He’ll be hoping to return in September, though Bundesliga champions Bayern are again eyeing a cut-price move for the teenage winger.

Although the jury is still out among many Chelsea supporters regarding Kovacic’s ceiling, this is certainly a deal that makes sense. £40m in this market is a respectable fee for a quality midfielder, but one who has often been left frustrated by limited action recently at Real.

There is a case to be made about his best and preferred role, which we didn’t see too often during Sarri’s brief reign at Stamford Bridge. He’s a creative-minded presence who can hold his own in a central role, though better suited further forward where he can affect games and create chances with freedom of movement.