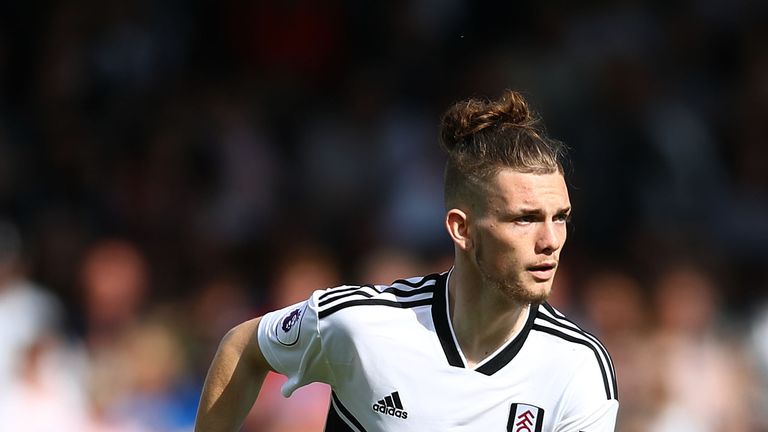 Champions League winners Liverpool are set to sign Fulham’s highly-rated teenage midfielder Harvey Elliott, after the England under-17 international rejected a recent contract offer to remain in west London following their relegation back to the Championship in May.

Elliott had plenty of options abroad to ponder with interest in his services high given his potential and current ability. He became the youngest player ever to feature in the Premier League at 16 years, 30 days during their 1-0 defeat by Wolves in May – having made his senior debut last September against Millwall in the EFL Cup.

Having rejected scholarship terms in west London, his youth deal officially ended two weeks ago and was thus free to settle his future. Barcelona, Real Madrid, Paris-Saint Germain and RB Leipzig were all among those heavily interested.

However, he has opted to remain in England and will join Jurgen Klopp’s Liverpool side ahead of the 2019/20 campaign. They are said to be interested in getting him involved within their first-team picture at some stage too, similar to how Trent Alexander-Arnold and Rhian Brewster to a lesser extent have been handled in recent seasons.

Per FA rules, Elliott will not be allowed to sign professional terms until his 17th birthday next April. He was one of the most sought-after players in the 2003-born talent class and represents a welcome coup for Klopp, who is clearly building for the future – as well as the present.

Elliott during an EFL Cup appearance against Millwall last September, making his senior Fulham debut at 15

However, Liverpool will brace themselves to settle a significant compensation package with Fulham for his services. For their sake, they’ll be hoping it’s a cheap fee, like Chelsea had to pay for Ethan Ampadu from Exeter two years ago although details remain to be seen.

Louie Barry, Elliott’s international teammate at under-17 level, is also among those attracting interest from abroad. He is said to be close to a Barcelona move, despite having had a medical with European rivals PSG with the West Brom winger unprepared to sign an improved deal to remain in the Championship going forward.

Fulham did their utmost to keep hold of the teenager, with manager Scott Parker describing him as an “unbelievable talent” and one they were eager to fast-track within a dwindling first-team who struggled throughout the campaign.

Ultimately, the inability to offer Premier League football would have played a major factor in his decision to depart and is one that will likely see Ryan Sessegnon leave at some stage this summer too. The highly-rated attacker, 19, has been constantly linked with Liverpool and Tottenham among others in recent seasons.

The maximum length deal a 17-year-old can sign is three years, so Elliott will be expected to pen an extension this time next year when he’s old enough. Nonetheless, the deal is certainly a win for Liverpool and Fulham’s youth talent continue to get poached one way or another.