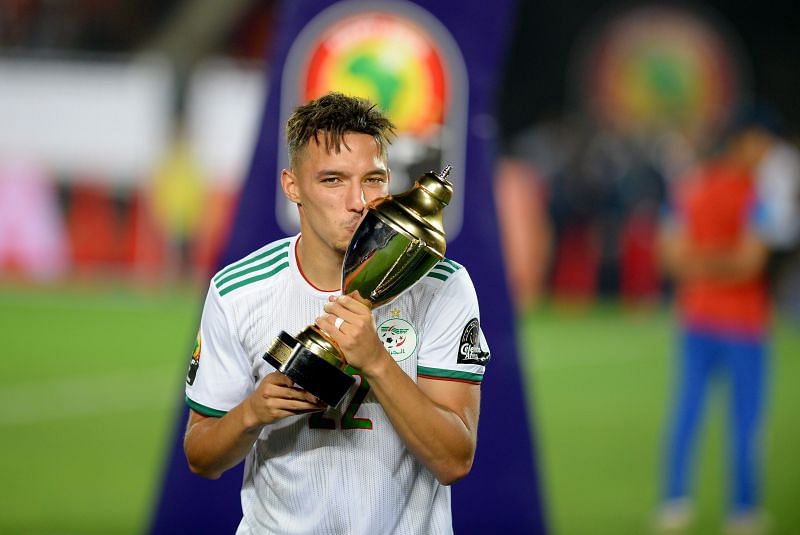 Ismael Bennacer is on the verge of completing a €16m (£14.3m) move to Serie A side AC Milan and given his development in recent seasons, the deal comes as no surprise.

It’s typical Arsenal are once again the losers in another situation where a talented youngster wanted regular first-team football and left to earn their wish. Serge Gnabry and Jeff Reine-Adelaide are among recent talents who have flourished since flying the nest in north London and 21-year-old Krystian Bielik could be next.

However the club’s decision to confirm they were not interested in re-signing the midfielder, who left two years ago, is another sign of their inability to spot opportunity and rectify a self-inflicted mistake while doing so. 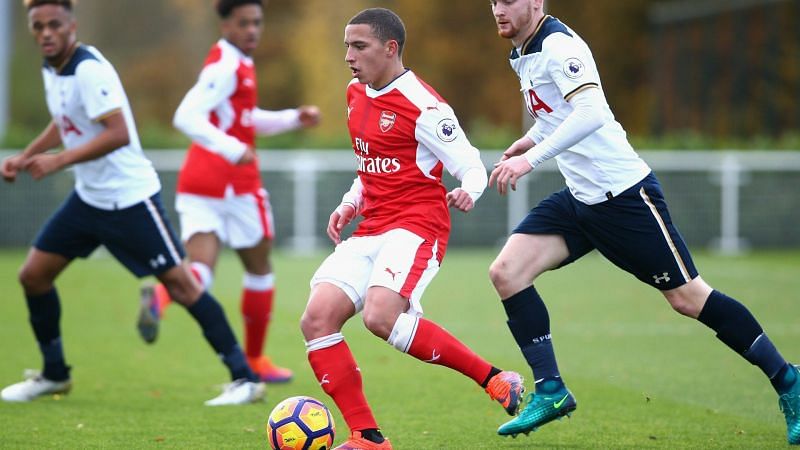 Bennacer, who joined from French side Arles-Avignon in 2015, arrived at London Colney as somewhat of an unknown quality – but one they insisted they’d be patient with, given his first-team potential and just how highly-regarded he was. Then just 17, he quickly asserted himself as a mainstay in central midfield for the club’s U21 and U23 sides but wasn’t yet ready for a senior breakthrough.

The type of diminutive, technically gifted midfielder who could do it all ala Santi Cazorla, there’s one experience I’ll always remember fondly when reminiscing on time spent covering youth football as a teenager myself. In September 2016, Arsenal U23s travelled to Stamford Bridge with a league game against local rivals Chelsea on their calendar before the international break. They won 2-1, Bennacer played the full 90 in the number ten role and did fairly well.

After the game, I spoke to some players before they got on their bus, asking them interview-style questions and seeing how they felt the game went. Matchwinners Reiss Nelson and Stephy Mavididi, Ainsley Maitland-Niles and more besides. But when I greeted Ismael, he looked blissfully unaware and gestured towards my notepad. Instead of answering questions, he signed his autograph and joked about how he needed to start practising.

He wasn’t wrong. In a matter of days, he’ll be officially unveiled as an AC Milan player after an impressive African Cup of Nations campaign which saw him help Algeria to win their first trophy for 27 years – while winning the accolade for Player of the Tournament. It hasn’t been a straightforward path, but ultimately his bravery to take a chance abroad is paying off.

What are Arsenal missing out on?

The possibility of a Bennacer return was feasible, especially after learning his trade in the youth ranks and benefiting from invaluable experience around their first-team setup under Arsene Wenger. Although he is more creative-minded, learning to settle with various responsibilities – especially out of possession and defensively – meant he would have suited Unai Emery’s archetypal player, one versatile enough to play across midfield.

His passing ability, spatial awareness and intelligence are all key strengths to note: something the Gunners haven’t always excelled with in previous seasons. They are missing out on a player who is yet to fully blossom, yet has bonafide upside and will continue improving among better teammates when matched against tough opposition.

Elite stats. One of the best registas in Italy.

Already better than Mohamed Elneny and Joe Willock, he would likely star alongside a combination of Matteo Guendouzi, Granit Xhaka and Torreira in midfield. The versatile Maitland-Niles plays there too, though is likely to fill in again at right-back for the foreseeable future with Hector Bellerín still recovering from his cruciate ligament injury.

Xhaka’s long-term future at the club remains doubtful, even with reports suggesting he might earn the club captaincy in the wake of Laurent Koscielny’s transfer demands this month. So with that in mind, it doesn’t make sense why they wouldn’t make the move unless claims over insufficient funds for other moves is true after all. They have ample opportunity to counter that, though they haven’t been proactive in offloading many fringe players this summer.

Ismael’s deal reportedly included a 30% resale clause so the Gunners are said to be earning around €6m (£4.5m) of the final fee. However, this is another poor decision by a side in need of quality reinforcements across the pitch. Given his age, potential and current ability, refusing to re-sign him is counterproductive.

What are Milan getting?

Milan were previously linked with a surprise approach for Arsenal’s Lucas Torreira this summer, after the Uruguayan’s impactful first campaign in England. However, he would have come at a premium price – if available at all – so instead they’re content parting with much less money for an ambitious youngster that can ultimately surpass Torreira, who is two years his senior.

Following on from my analysis of Ismael #Bennacer and his role at #Giampaolo's #Milan yesterday, here's an extremely fascinating overlay of his stats compared with Lucas #Torreira's in his last season under #Giampaolo at #Sampdoria.

The resemblance is uncanny… pic.twitter.com/HFO1SPL9SI

He’ll work under new boss Marco Giampaolo who helped mould Torreira into the player he is today, before leaving Sampdoria for Arsenal and there are similarities in the pair’s playing style. They were not the only side interested and league rivals Napoli were among those linked in January, so an upgrade in quality has been inevitable for the 21-year-old given his progress.

His aforementioned strengths are why some have already suggested he could prove a welcome long-term replacement for Andrea Pirlo in the regista role for the Rossoneri, high praise indeed. Economical with his movements and a hard-worker, that infectious attitude will quickly endear him to Milan supporters while proving an exciting prospect they can trust long-term.

Tiemoue Bakayoko’s loan spell at the San Siro was a successful one last season, but it’s increasingly unlikely the Frenchman will return on a permanent basis ahead of the 2019/20 campaign. In Bennacer, Milan would be getting a deep-lying playmaker who doesn’t shy away from his defensive duties and intercepts danger in its tracks just like Bakayoko did.

Despite being slight in stature at 5ft 7in, he’s a game-changer and one who orchestrates attacks – whether that’s through his fearless dribbling capabilities or playmaking quality. With quick feet and agility, he shone for Empoli over the past two seasons and continues to flourish at the heart of an ever-improving Algeria side too.