During a promising 2018/19 campaign where they reached the FA Cup final and flirted with European qualification, Javi Gracia’s Watford finished seven points off a Europa League place and ended frustrated.

Their reported pursuit of Rennes winger Ismaila Sarr makes sense, not least as they aim to bridge the gap between themselves and the league’s top clubs.

According to recent reports in the Evening Standard, Watford are intensifying their search for transfer targets and Sarr tops their summer shortlist.

With 13 goals and 11 assists across all competitions last term, the 21-year-old is a highly-rated youngster upside aplenty. Precisely the acquisition they should be targeting to improve, given their potential for further development at Vicarage Road.

After all, they have progressively built a talented core but are yet to solidify their standing among the league’s best sides. It’s reflected in their spending and why two years on, striker Andre Gray remains their club-record signing at £18.5m. 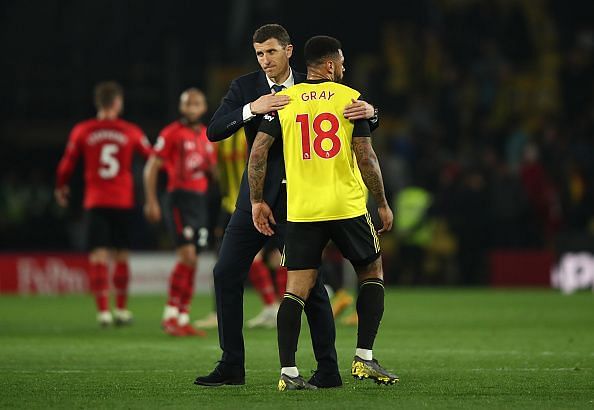 Any potential deal agreed for Sarr will break their previous record while further justifying an eagerness to match those cluster of Euro-chasing clubs ahead of them – Wolves, Leicester, Everton and West Ham.

Currently on holiday after featuring for beaten finalists Senegal at the African Cup of Nations until last Friday, preliminary talks have already begun. The player himself is intrigued by their offer and interested in a move to England so given their heavy interest, agreeing personal terms are not expected to be an issue.

Rennes president Olivier Letang was quoted as saying: “Only Watford have shown a real interest in the player, we’d be very happy if Isma stayed with us for another year.”

Club manager Julien Stéphan is said to be expecting Sarr’s departure though. Reluctant to sell but ultimately powerless, they are reportedly demanding a fee in the region of £25-30m for his services.

What does Watford’s future hold?

With the new Premier League campaign less than two full weeks away at the time of writing, their window of opportunity is now. Following his AFCON exertions in Egypt, Sarr would not be expected to feature in their opening games but announcing his arrival would send a serious league-wide statement of the club’s intent for progression this term.

After all, they have made just one signing this summer, a low-key £5.5m deal for West Brom defender Craig Dawson on July 1. In the post-Richarlison era, this would prove excellent business for both player and club as his potential is limitless. 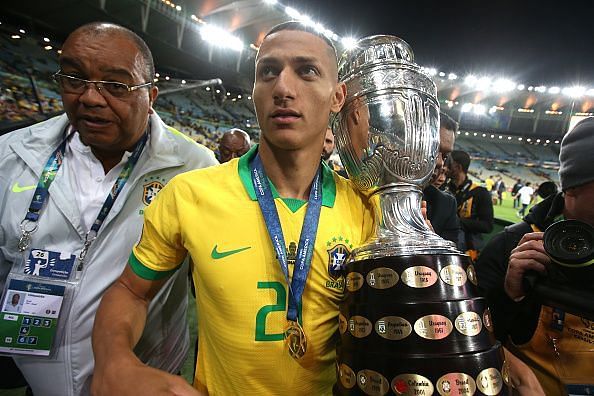 Richarlison won the Copa America with Brazil this month, having enjoyed a good campaign with Everton

The Brazilian forward left for league rivals Everton in a £50m deal last summer and is yet to be adequately replaced. The fact the move was seen as a step-up in quality, even after just one campaign in England’s top-flight, should be insulting from a Watford perspective.

Although they possess good attacking options with Gerard Deulofeu and Roberto Pereyra to name a few, the latter has been plagued with injury and inconsistency. Deulofeu, a £11.5m signing from Barcelona after a successful 17/18 loan spell, is rightly seen as their creator-in-chief but needs more quality players around him to better his production in the final third. 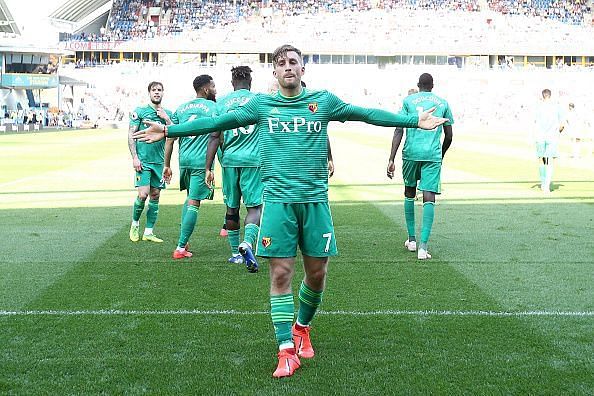 As previously mentioned, Watford have gradually been building a promising core but it would prove futile in the long-run if they didn’t make necessary upgrades and invest money wisely.

Dodi Lukebakio’s future remains undecided after a promising Bundesliga loan spell with Fortuna Dusseldorf while Domingos Quina (19) and Cucho Hernández (20) are both highly-rated youngsters with plenty of potential.

Nathaniel Chalobah and Will Hughes (both 24) can still get even better. Key man Abdoulaye Doucouré still remains despite his Champions League aspirations while Étienne Capoue and captain Troy Deeney lead by example with invaluable experience.

Completing shrewd deals like this goes a long way to closing the gap in quality, while proving they’re serious about fulfilling their potential and equally planning for future seasons to come.