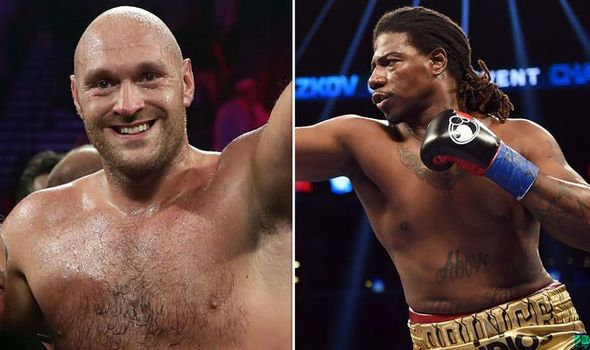 Former IBF heavyweight champion Charles Martin has emerged as a frontrunner for Tyson Fury’s next bout. If reports are true though, it would represent yet another weak opponent who wouldn’t set the 30-year-old up well with a Deontay Wilder rematch on the horizon…

Earlier this afternoon, Top Rank promoter Bob Arum confirmed that the potential for a Tyson Fury (28-0-1) against Charles Martin (27-2-1) fight at some stage this year is a “real possibility.”

Said to be “seriously considering” the matchup, he plans on getting everything confirmed by Wednesday this week but naturally boxing fans are underwhelmed by this latest announcement.

Last month, Fury breezed to a second-round TKO victory against plucky German Tom Schwarz, who was defiant in his approach but clearly not on a good enough level to last under the bright lights at MSG.

Despite the tireless media obligations and promotion done ahead of the fight, Fury vs. Schwarz wasn’t exactly successful in terms of PPV numbers stateside. So while relatively well received in the UK on BT Sport, there is increasing pressure for the powers that be to match him up with a significant upgrade before his rematch against Wilder sometime in 2020.

Reports have suggested that bout will happen in the first quarter of the new year, permitting both win their respective matches, but nothing is set in stone just yet. That’s why Fury should be aiming for a higher calibre opponent than Martin, who was quite frankly embarrassed against Anthony Joshua during a second-round TKO in 2016.

Well, where to start? Arum would be making the wrong choice by selecting 6’5″ southpaw Martin as Fury’s next opponent to fight in the US – because he too is not a well-known fighter in the country and many believe he lucked his way to the title three years ago to begin with.

Having narrowly lost a 10-round unanimous decision last September against Adam Kownacki, that was the 33-year-old’s best opposition since AJ and recency bias isn’t in his favour either. 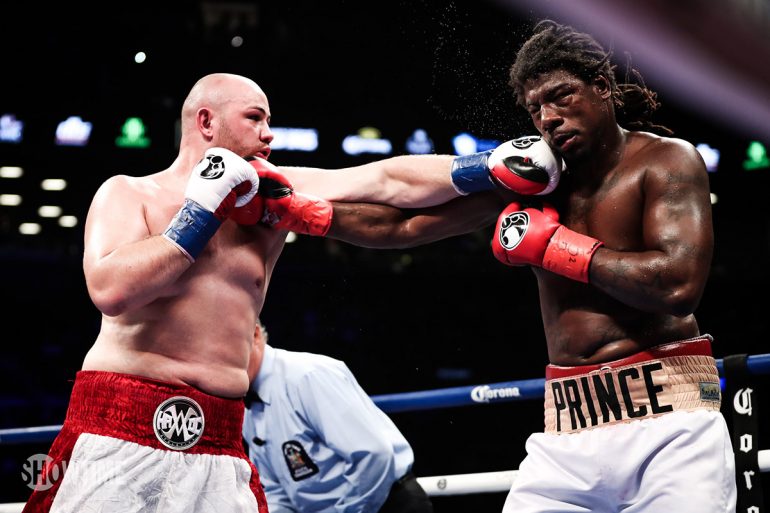 Kownacki proved too much, winning 96-94 on all three judges’ scorecards (Picture source: Showtime)

An eighth-round DQ win over Gregory Corbin back in March, coupled with a fourth-round TKO victory vs. Daniel Martz on July 13 are nothing to write home about although he himself will be aware of that too. For someone harbouring the desire to reclaim heavyweight gold, time is not on his side.

Just for the record, this bout wouldn’t be so poor if Fury didn’t have those underwhelming comeback fights against Sefer Seferi and Francesco Pianeta last summer. With four fights in twelve months, he only appeared in trouble against one opponent: Deontay Wilder. How does he improve if he’s not under pressure, tasked with tougher challengers?

The likes of Joseph Parker, Alexander Povetkin, Kubrat Pulev and the aforementioned Kownacki would be fair better matchups for Fury – who signed a $100m (£81.8m) five-fight ESPN deal earlier this year and will presumably be laughing all the way to the bank if these reports are confirmed this week.