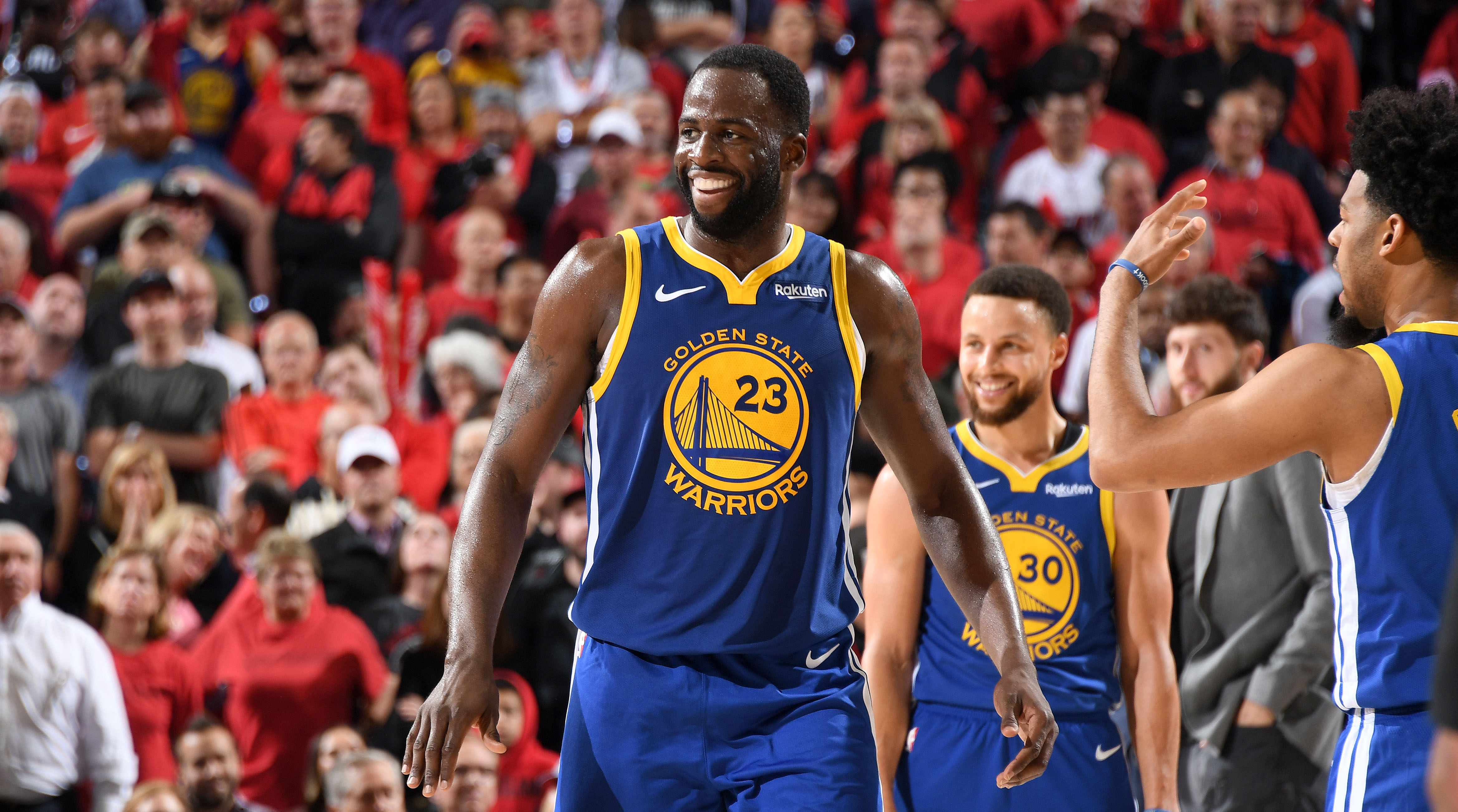 Draymond Green has put pen to paper on a four-year, $100m max contract extension deal to secure his long-term Warriors future – while proving the Dubs will not diminish quietly despite Kevin Durant’s summer departure.

ESPN’s trusted insider Adrian Wojnarowski confirmed the news earlier this afternoon. While some are surprised over the price of Draymond’s extension, it was a long time coming for an excellent player with pedigree: one they needed to keep after a challenging few months.

During a season marred by the Kevin Durant situation – would he stay or would he go – coupled with off-court tension which continued to bubble underneath the surface, the Warriors responded defiantly and with a champion’s mentality in the face of adversity. Ultimately luck was not on their side and a number of key injuries to star players proved pivotal in their six-game NBA Finals defeat by the Toronto Raptors, but the aftermath hasn’t been all bad.

Green was entering the final year of his existing deal and with a relatively week free agency class of 2020, the 29-year-old would have headlined next summer’s market. However, his value to the Warriors isn’t exactly replicated league-wide – so it would have been intriguing to see which rivals would approach him for what he’s worth when available.

He could have easily entered the final year of his existing contract and waited until next summer for improved terms – and more money with a supermax – but the risk factor is important too. Stubborn, a frustrating opponent and not very likeable on-court, Green isn’t naive.

Seeing the likes of Isaiah Thomas and former teammate DeMarcus Cousins miss out on max contracts in recent years through serious mid-season injuries is sure to have influenced his decision, while reaffirming his desire to stay alongside Stephen Curry and Klay Thompson.

Green is eager to continue with the Splash Brothers, so his max contract extension shouldn’t come as a surprise (Picture source: Getty)

“To say the dynasty is over is a little ignorant because I’m going to come back better and even more athletic. It would not be smart to count the Dubs out,” Thompson said during an ESPN interview last week.

Curry’s $201m supermax deal doesn’t run out until 2022 while Klay penned a five-year $190m max contract this summer and is currently recovering from an ACL injury, expected to keep him out of action for a large portion of the 2019/20 season.

Since being selected with the 35th pick of the 2012 draft, Green has elevated himself into a three-time All-Star and played a pivotal role in the Warriors dynasty – one many believed was over. Instead, their sign-and-trade deal to acquire D’Angelo Russell with Durant joining the Brooklyn Nets, in addition to the aforementioned trio, means the franchise are already thinking of their future.

Having been on the NBA’s All-Defensive first or second team for five successive seasons, the 2017 Defensive Player of the Year will have increased scope to keep improving even into his later years, now the circumstances have altered.

He had to take more of a backseat role and his shooting averages were poor last season – 28.5% from three-point range was his lowest tally since his rookie year, while he averaged 7.4 points, 7.3 rebounds and 6.9 assists per game during the regular campaign. However, his influence was felt once it came to crunch time: in 22 playoff games last term, Green averaged 13.3 points, 10.1 rebounds and 8.5 assists.

The last thing the Warriors needed was more free agency drama, not least with their $1.4bn move to the Chase Center set to begin next season.