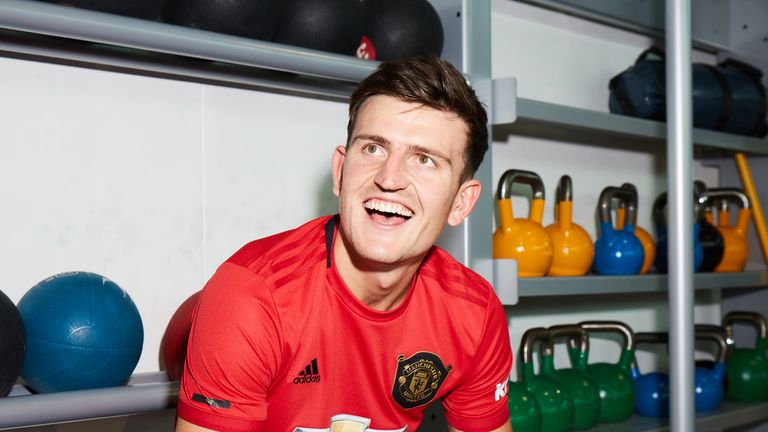 Harry Maguire has become the most expensive defender of all-time after Manchester United unveiled the £80m man from Leicester City earlier today.

The England international underwent a medical over the weekend and signed a six-year contract, with an option of a further year – finally putting an end to a long-running transfer saga. Virgil van Dijk’s move from Southampton to Liverpool in January 2018 was previously the world-record fee, but this deal surpasses it.

In a statement published by the club’s official website, Maguire said: “I am delighted to have signed for this great club. I have thoroughly enjoyed my time at Leicester and would like to thank everyone at the club and the fans, for their fantastic support over the past two seasons. However, when Manchester United come knocking on your door, it is an incredible opportunity.”

Despite a promising start to life under then-interim manager Ole Gunnar Solskjaer, United flattered to deceive from February onwards and struggled for consistency across all competitions – finishing a forgettable campaign in sixth and without any silverware.

Ole’s eagerness to rebuild a youthful side packed with hungry players and those with potential to fulfil at Old Trafford means the Maguire deal makes sense, even if the fee is largely overpriced.

“From my conversations with the manager, I’m excited about the vision and plans he has for the team. It’s clear to see Ole is building a team to win trophies. I am now looking forward to meeting my new teammates and getting the season started.” – Maguire on his first impressions at United

This move caps a huge rise for Maguire, who has earned a first-choice berth in central defence under Gareth Southgate with England – alongside City’s John Stones. Just three years ago, he was playing for Hull City in the Championship. Now he’s the world’s most expensive defender and expectations are understandably high.

United kick off their Premier League campaign at home against Frank Lampard’s Chelsea side on Sunday and Maguire has already declared himself fit to face the Blues. He featured in the Foxes’ pre-season as usual, before being left out of their final prep fixture last week to complete the finishing touches to this move.

“I tend to get my head down – I’ve worked hard, done every session and played every game for Leicester so my fitness is there. That was a big part for me to play because if I ended up getting the move I wanted, I would be fit and in contention to play the first game. I feel like I’m ready to go, but obviously it’s the gaffer’s decision.”