Having started and impressed during Arsenal’s 1-0 away win over Newcastle on Saturday, teenage winger Reiss Nelson revealed he’s prepared to take things as they come, biding his time in an Arsenal side packed with competition for places.

Operating on the left-hand side of a 4-2-3-1 at St. James’ Park, Nelson did his ever-increasing reputation no harm with an accomplished display – somewhat blemished by a cynical booking he received midway through the first-half.

With three successful dribbles, two key passes and 86.4% pass completion rate, the 19-year-old quietly proved his first-team mettle during a tricky away fixture. Unafraid to shy away from his defensive responsibilities with Nacho Monreal behind him, he won possession on five occasions and completed four of eight duels contested too.

That shows improvement from a talented youngster with the ability to blossom, though the next step for him is regular minutes: something he knows isn’t a given under Unai Emery.

“I just want to take things as they come. I need to be prepared all the time for whenever I get the call-up because I know it’s not guaranteed I’m going to be starting week in, week out with the teammates we have.

We have Aubameyang, Pepe, Lacazette. They are great stars, I’m still only young so need to sit back and take my chance when I get it.” Nelson on his first-team prospects this term (H/T: Football.London)

Emery spoke glowingly about the winger and fellow youngster Joe Willock post-match, confirming the pair are in his first-team plans this term.

Nelson netted seven goals and created one assist in 23 appearances for Hoffenheim, despite only starting five league games in last season’s Bundesliga campaign under Julian Nagelsmann. With two years left on his existing deal and a club option of a 12-month extension, Reiss never had doubts about where he wanted to be playing his football long-term.

READ: My piece last year on why Hoffenheim was a bold, valuable move for Reiss Nelson

“It feels great, it was a great gesture from the boss and I’m just happy to be playing back in Arsenal colours. I went away in Germany, I think I did well. But the main goal for me has always been playing in an Arsenal shirt week in, week out.” 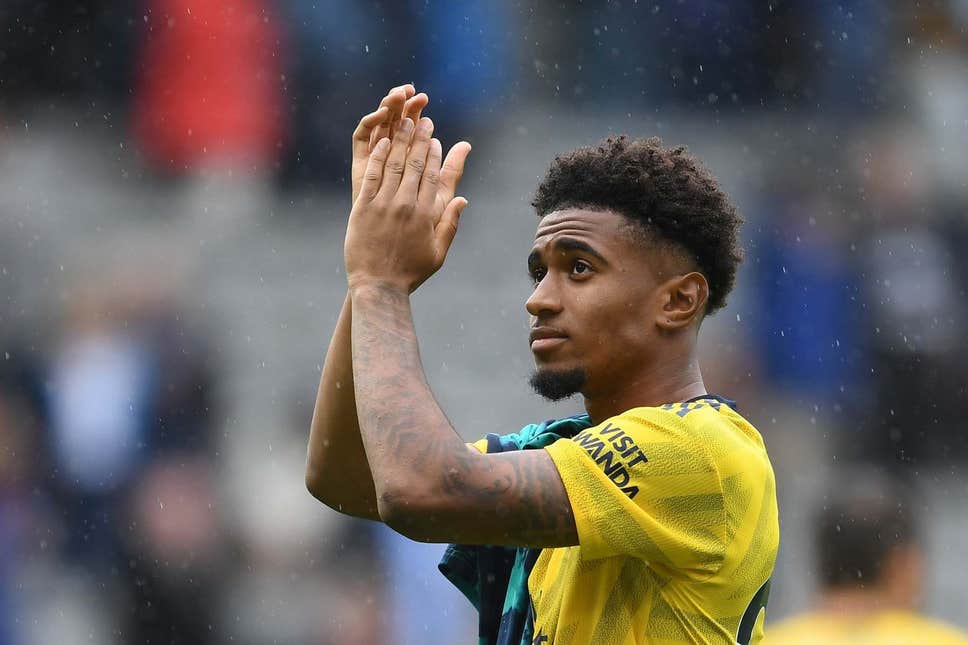 Arsenal’s next Premier League match is a home clash against Sean Dyche’s Burnley, after the Clarets were 3-0 winners over Southampton on the opening weekend last Saturday.

Nelson will be hoping for increased involvement there, having lasted 71 minutes before making way for £72m summer signing Nicolas Pepe on Tyneside.