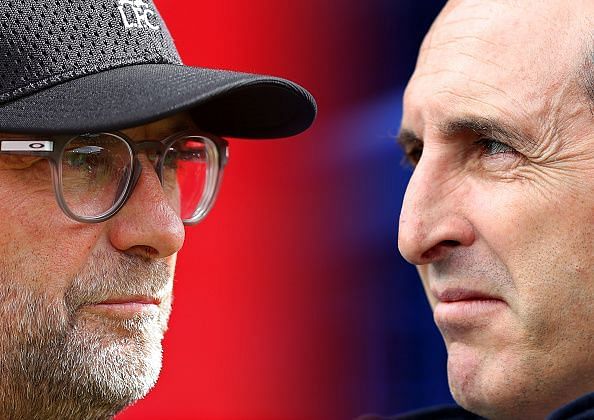 Liverpool vs Arsenal: two of the league’s best face off at Anfield in Saturday’s Premier League evening kick-off, with at least one side’s 100% start to the 2019/20 campaign set to evaporate by full-time. Billed as a game of the season contender in August, the European champions host last season’s Europa League finalists where we’ll get an early sense of their title credentials.

Both have started with similar wins: Liverpool thrashed newly-promoted Norwich on opening night, while earning a hard-fought away win at Southampton last weekend. Arsenal were the opposite way around, grinding out an away victory against an unpredictable Newcastle before oozing class on home soil at Burnley’s expense last time out.

Given their poor away record on Merseyside, it’s understandable the Gunners are not heavily fancied to win. Even armed with a fearsome attacking force and Liverpool missing first-choice goalkeeper Alisson Becker (calf), serious questions will be asked of Unai Emery’s side after their best league start for over a decade. Despite injury issues and questions over their defensive susceptibility, Jurgen Klopp will be quietly confident recent history repeats itself with a morale-boosting home victory.

Regardless of Saturday’s result, history and various records will be broken but neither will want to relinquish potentially important points in an early tussle to emerge as title challengers. Especially after both Manchester clubs and Champions League finalists Tottenham dropped points on matchday two.

Jurgen Klopp confirmed that amid speculation over his future, centre-back Dejan Lovren has returned to first-team training. With that being said, it’s unlikely he’ll start at the heart of defence partnering Virgil van Dijk – either Joe Gomez or the more experienced Joel Matip will do that.

It’s well-known that Klopp prefers the 4-3-3 formation so unless there are significant changes in personnel, you can be safe assuming he’ll start in that shape as usual. Emery usually combines that formation with a 4-2-3-1 though there are questions over the suitability for Alexandre Lacazette and Pierre-Emerick Aubameyang to link up together effectively.

So, don’t be surprised if he opts for a formation change to a back three. David Luiz and Sokratis worked well as a pair last weekend, though both Nacho Monreal and Calum Chambers have shown a capability to play there.

For the visiting Gunners, Granit Xhaka (back and leg) is set for a return in midfield. Meanwhile, playmaker Mesut Özil could return to the matchday squad after recent safety concerns but is unlikely to start, though £72m summer signing Nicolas Pepe probably will following an encouraging display against Burnley last time out.

Adrian will start again in goal for Liverpool, with Alisson (calf) still sidelined. He had this to say, about his new defensive teammates:

“It’s really easy to play with them in front of you because they were the best Premier League defenders [in 2018/19] and we have one of the world’s best. I think for me as a goalkeeper, they make easy decisions. Honestly they defend everything like animals! They help me a lot.”

Unai Emery meanwhile, was honest and realistic in his assessment of what lies ahead:

“For us, we don’t ever want to play against Liverpool – we’d prefer not to play them. This is a really good test, going [to Anfield] with six points is good. Really our target is to reduce the distance to Liverpool, Manchester City, Tottenham and Chelsea. When we play against them, it is a big challenge to show how we can be.” 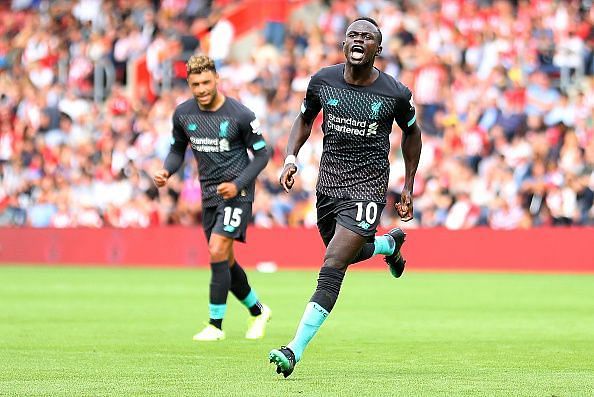 After falling short at the final hurdle in last month’s African Cup of Nations, the Senegalese winger has returned to Liverpool with another purposeful start under his belt (three goals, one assist in two starts) and is clearly the hosts’ key man in attack.

While Roberto Firmino and a misfiring Mohamed Salah are the other cogs in the Reds’ attacking trident, Mane represents their biggest goal threat and has taken it upon himself to lead by example in the final third. Will he continue his fine goal-scoring form, particularly against an unconvincing Arsenal backline who remain vulnerable with David Luiz’s surprise arrival? 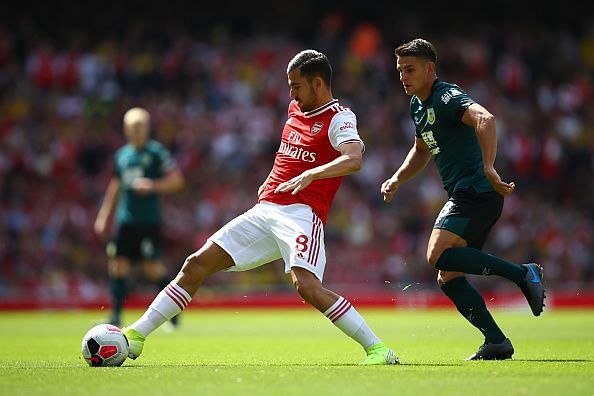 On his first start for Arsenal last weekend, Ceballos impressed with two assists and an excellent all-round display, quickly justifying such fanfare upon his arrival on a loan deal from Real Madrid earlier this month.

The Spanish creative midfielder drew comparisons to Santi Cazorla in north London and is expected to succeed Aaron Ramsey in a number eight role going forward, with his infectious workrate, vision and tactical intelligence all key as part of Emery’s midfield plans. However, the key for him is to prove himself against the league’s best sides and Liverpool present a different challenge than Burnley did. Is he a flat-track bully or something genuinely special?

Liverpool, for all their shortcomings, have proven themselves to be a better version of Arsenal themselves for a few seasons now under Klopp. Having narrowly missed out on the Premier League title last term, they’ll be eager to assert their credentials with an important victory against a potential contender here.

Despite early encouraging signs, it takes more than a largely positive summer window to transform an unpredictable Arsenal side. Couple that with their poor away form, especially against fellow top sides and this should prove a hard-fought victory for their hosts.