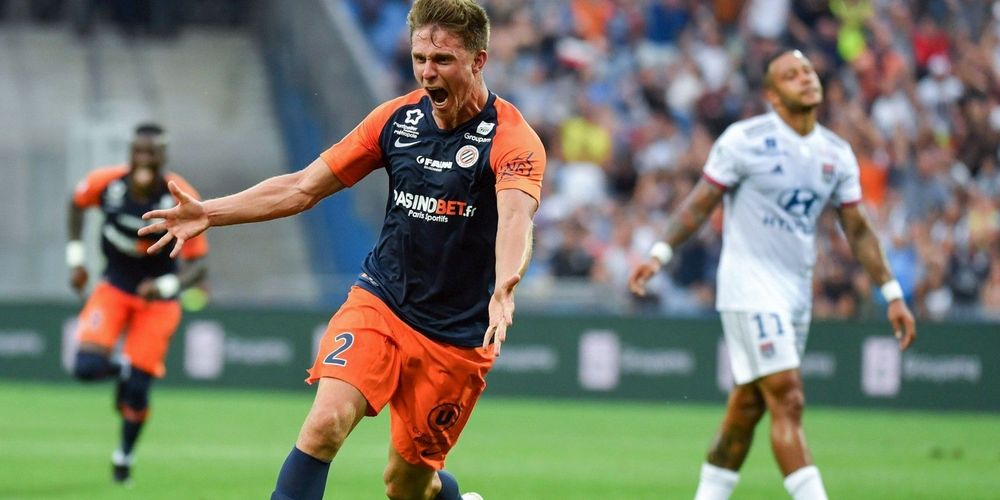 Arnaud Souquet’s scintillating strike on the stroke of half-time proved enough for Montpellier to earn a deserved 1-0 win against ten-man Lyon, who had defender Youssouf Kone sent off shortly after the break for violent conduct.

Their new defensive acquisition broke the deadlock with aplomb, striking sweetly from distance through a cluster of Lyon players and past the helpless Anthony Lopes.

Souquet, 27, made his return to France’s top-flight after a year at Belgian side Gent this summer.

In a deal worth €3m (£2.7m), the right-back rejected the lure of Premier League side Crystal Palace to do so and scored a fantastic matchwinner to give his new club their first league win of the campaign.

This was his fourth goal in professional football and unquestionably his best yet. Lyon were rightly stunned after a disappointing first-half where they could have easily been 3-0 down in.

Jordan Ferri, Florent Mollet and Andy Delort caused all sorts of problems for the hosts in the final third, against an out-of-sorts Lyon backline who struggled to cope with their persistence in transition.

£25m summer signing Joachim Andersen wilted under pressure, gifting Montpellier a penalty after upending Gaetan Laborde as he turned the Danish international inside out.

His blushes were saved by the woodwork as Delort saw his spot-kick cannon off the upright, five minutes before their unlikely source opened the scoring.

Although it was a thunderous strike, Lyon still had a chance of recovering their slender deficit. Memphis Depay came close, while Bertrand Traore and Houssem Aouar tried their utmost to create opportunities.

However, matters were not helped when left-back Youssouf Kone was given his marching orders six minutes after the restart for violent conduct. Replays showed he reacted angrily during a tussle with Delort for possession and as the pair squared up to one another off-the-ball, he gestured to headbutt the 27-year-old.

Baited by the oldest trick in the book, the Ivory Coast international was left bemused as Delort fell to ground clutching his face in apparent agony, while teammates asked for VAR intervention: which fell on deaf ears.

Montpellier were suddenly in the ascendancy and could see out the game at their own pace, much to Lyon’s helplessness with a numerical disadvantage.

The closest they came before full-time was through defender Jason Denayer, whose header flashed inches wide of the far post.

As a result, Lyon squander the chance to go top with Rennes after two successive victories previously.

Montpellier were deserved winners and you could see how important the win was for them, losing to Rennes themselves and drawing with Bordeaux last time out.

Having watched this defeat from the sidelines, club-record signing Jeff Reine-Adelaide will be hoping to feature when Lyon host Bordeaux on Saturday, while Montpellier travel to Nantes this weekend.