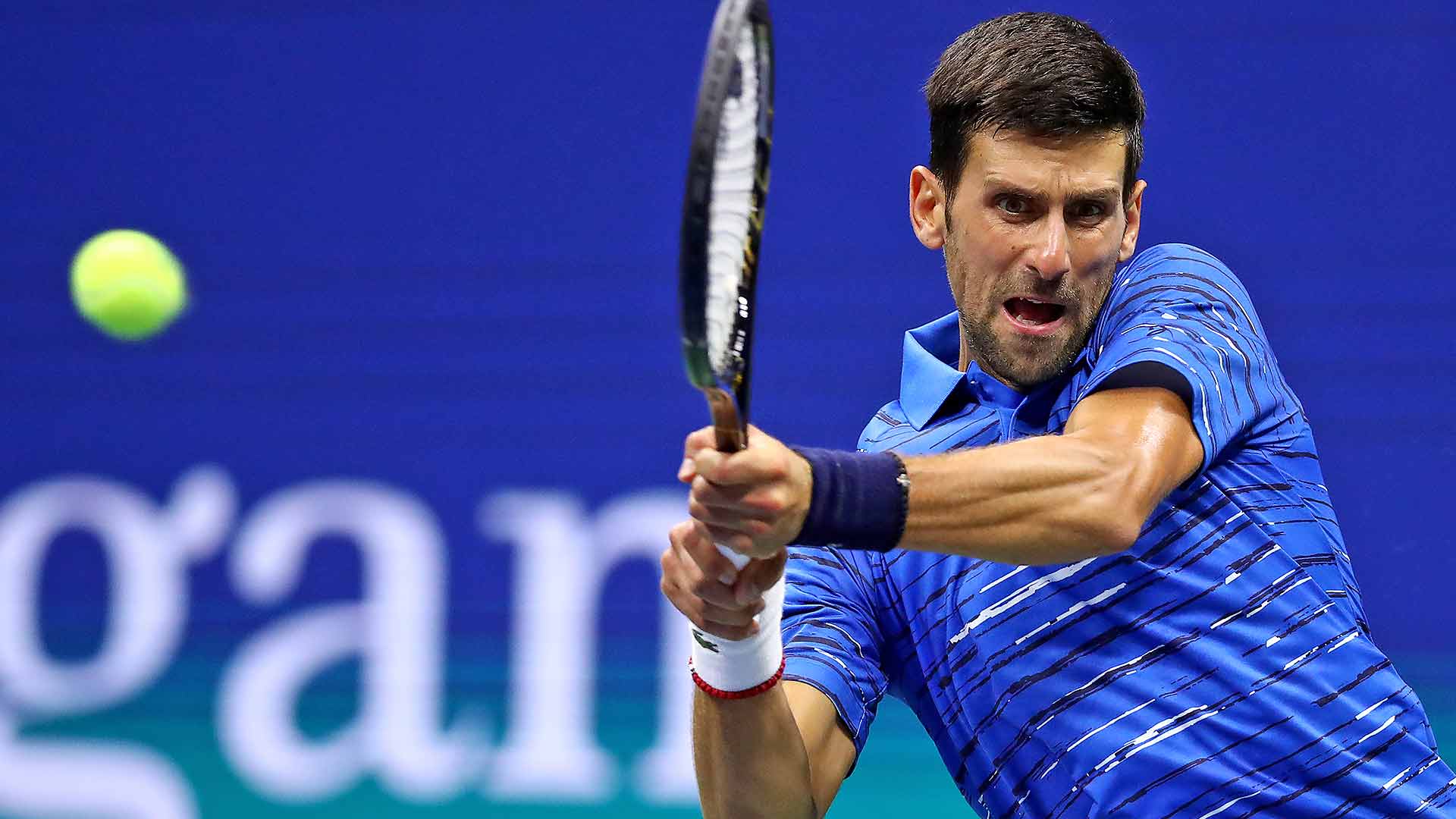 Novak Djokovic struggled with a niggling shoulder injury but nonetheless came through during a different type of challenge to earn his third-round berth after a 6-4, 7-6, 6-1 win against a valiant Juan Ignacio Londero display in two hours 15 minutes on Arthur Ashe Stadium.

Djokovic, defending champion at Flushing Meadows, has never not progressed into the third-round at the US Open. However, questions were seriously asked during his first meeting against a tricky opponent in Londero, who wasn’t on his level yet still posed problems throughout: particularly after his shoulder injury flared up midway through a weird first set of tennis.

Novak won the match’s first six points in commanding style, prompting many inside the world’s biggest tennis venue to ponder how fair a matchup this was for the world number one after all. But Londero, who beat big hitter Sam Querrey in four sets on Monday, was energetic and bullish in his efforts to quickly establish a foothold in the match. He did precisely that, endearing himself to the crowd early on after unleashing a stinging forehand winner down-the-line.

Unbeknown to many, the 26-year-old has quickly developed a reputation for his determination and self-belief after years battling away on the Challenger circuit. Earlier this month, world no. 3 Roger Federer revealed the Argentine was impressive despite defeating him, while he reached the Fourth Round at Roland Garros before a straight-sets defeat by eventual winner Rafael Nadal (world no. 2) on June 2.

An excellent mover, he had good court coverage and was forcing Djokovic into some uncomfortable situations. Any early sense of dominance proved premature and instead, Londero found himself up a break at 3-2 after playing a fantastic point during a drawn-out rally. His ball-striking was eyecatching but the real question remained: could he sustain those high levels and push Djokovic into deep waters, or would he fade as time wore on?

Novak immediately got the break back at 3-3, despite Londero saving five break points. On the sixth attempt, the Serbian’s pressure finally told and that’s where the injury issues became pronounced.

Clearly wincing in power as he shaped to return a forehand, the 32-year-old was struggling to elevate his arm properly for the ball toss on serve and was in clear discomfort. With the trainer being whisked to the sidelines and a hush reverberating around the stadium, you couldn’t predict what was to happen next.

He had a medical timeout, where the trainer applied some treatment – presumably deep heat – and carried on as best he could, while still grimacing. A loss of power and consistency, both with his serving and general groundstrokes, was evident. 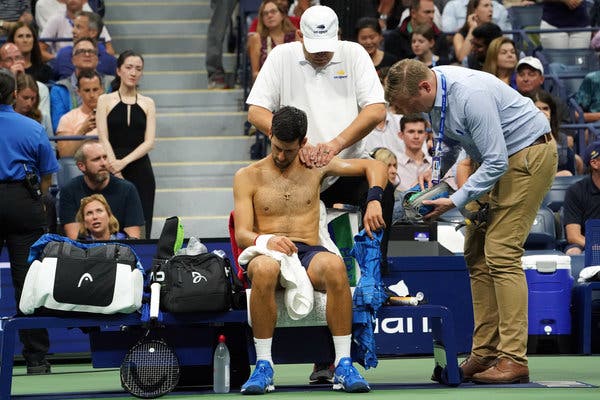 However, he managed to mix up his shot selection and either force mistakes or hit winners as 4-4 quickly turned into a 6-4 first set lead for Novak. Despite Londero’s pressure and brief lead, he failed to capitalise and found himself with a deficit to overturn.

Three successive double faults on Djokovic’s serve gifted Londero another opportunity to go for the jugular at the start of a topsy-turvy second set, while an under-hit drop shot and ever-increasing unforced error count suggested not all was well with the world number one.

Londero earned a double break, was 3-0 up in the second set and suddenly things seemed ominous. That didn’t last though. Djokovic quickly returned with a mini break, then the double break and managed to win five successive games by doing what he does best: utilising excellent court vision, spatial awareness and importantly shot defence in precarious situations.

Londero had no answer. Beautiful lobs, exquisite down-the-line winners and improved finishing saw Novak in the ascendancy, though his Argentine opponent again sensed danger. Right on time he upped his intensity levels and forced a tense tiebreak – though longer points favoured Djokovic, who made no mistake when it mattered most to earn a two-set lead.

With 19 winners to 13 and 5/9 net points won, his first serve percentages were understandably low but that didn’t disrupt his flow enough to spiral out of control. As time wore on, the third set followed a similar pattern: twists and turns early on with Londero attempting to push the pace, before it became quickly apparent that Novak was in no mood to stay on court for longer than he needed to, especially with that niggling injury playing on his mind.

A brilliant backhand winner and return ace were memorable moments as Djokovic forced Londero into an ever-increasing number of unforced errors, exploiting angles and finishing the spectacle after two successive forehand mistakes gifted him a 6-1 third set.

Djokovic recorded the same amount of unforced errors as winners in this contest (35), while Londero had eight more total errors (43) and 11 fewer winners to boot with 24.

Given his shoulder struggles, Novak’s eight double-faults doesn’t come as much of a surprise – though he managed seven aces. That was one more than Londero, who recorded five doubles.

Despite winning 5/8 break points, Londero struggled to impose himself consistently in pivotal moments. It’s why Djokovic’s 8/17 in the same category may seem skewed, despite seeing five saved in the same game.

Novak won 20 more total points in this encounter (102 to 82) and crucially, won 71% of his first serve points contested. Londero meanwhile, had just 49% success in that same regard.

Post-match, he didn’t want to go into too much detail but revealed he’s been struggling with the injury for “some time”, while analysts said it’s been known over the past 10-14 days that he isn’t 100% fit – eluding to the same during his first-round presser after beating  on Monday.

“I’m going to assess this injury tomorrow with further consultations with experts in sports medicine. I’m hoping in two days’ time I will be able to play pain-free, if that’s possible.

It has caused hindrance to my game for sure tonight, especially the serve and backhand. It was not easy to play with this sensation to be honest, I have not experienced that too many times in my career.”

However, he said it’s not the first time he has suffered through this type of adversity and will probably “freeze the arm” for 48 hours as he waits for his third-round opponent: either Denis Kudla or Serbian compatriot Dusan Lajovic and 27th seed next. His projected route into a deep run of his US Open title defence is far from straightforward and questions will be asked of him.