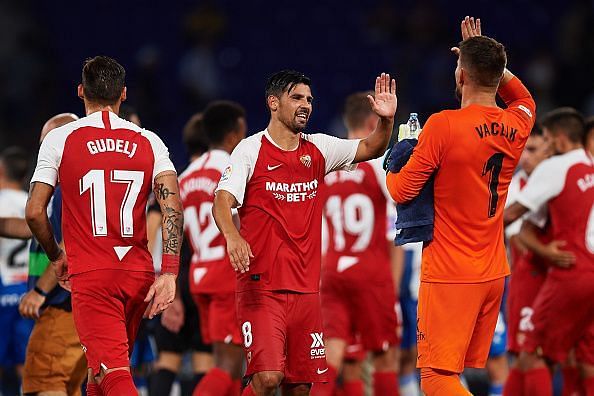 Ahead of matchday three, here’s some pre-match analysis as La Liga fixtures resume before the September international break…

They host Celta Vigo at 7pm (BST), having won four of their last six meetings. Should they prevail against Célticos, only a scoreline bettered by Atletico Madrid will see them drop into second place this weekend.

Athletic Bilbao, who stunned Barcelona late on the opening night with an Aritz Aduriz wonder strike, will hope they can return to winning ways when they entertain Real Sociedad in Friday’s late kick-off at 9pm.

Diego Simeone’s men host winless Eibar on Sunday, on an evening where their crosstown rivals Real travel to Villarreal – who like Atletico’s opponents have a draw and defeat from their opening two games.

Defending champions Barca face a trip to newly-promoted Osasuna, who have kept successive clean sheets to date upon their return to Spain’s top-flight. Nonetheless, they will be in for a tricky assignment against a less-than-full strength outfit – no Ousmane Dembele (hamstring), Luis Suarez (ankle) or Lionel Messi (calf) with the trio all sidelined. 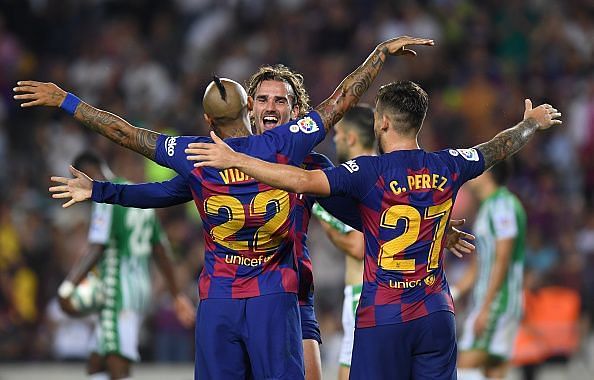 There are ten sides that either have one point or a full three from their opening two games, so expect plenty of movement across the table as momentum builds and the league’s balance begins to take early shape.

Valencia will be eagerly anticipating a better display and first win of the campaign against newly-promoted Mallorca, while Real Betis and Leganes go head-to-head on Saturday evening (8pm) as the division’s only sides without a point so far this term.

The table, as it stands:

The weekend’s fixtures in full (4pm BST KO unless stated):