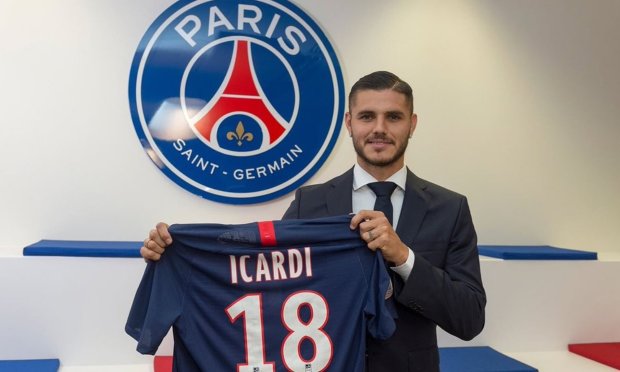 PSG completed a swap deal plus £13.5m cash for Navas, who will trade places with France international Alphonse Areola.

Areola still has four years left on his existing PSG deal and joins Real on a season-long loan deal with no option to buy the 26-year-old.

However, it’ll be interesting to see how things develop as former Chelsea academy ‘keeper Marcin Bułka, 19, made his senior debut last week and kept a clean sheet against Metz.

They signed Sergio Rico on-loan over the weekend, with the Sevilla shot-stopper expected to challenge for a starting berth at the Parc des Princes this term.

After a £9m move from Levante in 2014, the Costa Rica international was earmarked as Íker Casillas’ replacement and was successful. He made 162 appearances across all competitions in five seasons at the Bernabeu – winning three Champions League titles and a La Liga trophy too.

Now 32, he’ll be hoping to silence his doubters after questions over his consistency surfaced last season.

Despite manager Zinedine Zidane wanting him to stay, he has now joined PSG on a four-year contract. Reports also suggest he was unable to dislodge Courtois after pre-season this summer, so his decision makes sense on a personal level.

The onus will now be on Courtois to emulate previous success from city rivals Atletico and more recently Chelsea, as he too hasn’t been exempt from criticism since returning to Spain.

In the final hours of European deadline day, PSG were opportunistic and managed to complete a low-risk, high-reward deal for Inter forward Mauro Icardi.

He has signed on a one-year loan deal, where reports claim the Argentina international will earn €8m salary, plus €2m extra should they activate his buyout option – €65m (£55m).

His existing Inter contract has been extended to the summer of 2022, though that’s more a formality and means to retain his transfer value should PSG not exercise their option next summer.

The 26-year-old striker, highly coveted despite attitude issues and troublesome wife Wanda Nara doubling as his agent, has been in dispute with Inter for months.

After a number of incidents and controversy surrounding their talisman, Icardi was stripped of the captaincy in February and did not feature for them again until early April.

He since announced the intention to sue for discrimination and wanted €1.5m (£1.38m) in damages and to be allowed back into the first-team fold,” per the Associated Press’ Daniella Matar.

New Inter boss Antonio Conte made clear in July Icardi was not part of his plans after replacing Luciano Spalletti as manager, per Marca.

“His situation is clear, as were the club,” he said. “He’s not part of the project. The market is still open and we’re evaluating the players to sell and sign.”

Since joining from Sampdoria in 2013, Icardi netted 124 goals in 219 games across all competitions for the Nerazzuri and is the club’s eighth-highest top goalscorer of all-time.

However, he’s excited by his new challenge in Paris as part of a side who have underperformed given their high expectations over the past half decade.

“I am going to give my heart and soul to help my new team go as far as possible in all competitions. PSG has become a stronghold in world football… I thank them for their confidence in me.”

He certainly has the tools to emulate Edison Cavani and even succeed the Uruguayan in the years to come. With him, Kylian Mbappe (hamstring) and Neymar all sidelined, now could prove a perfect time to settle quickly.