There is no official recovery timeline for Laporte’s return after sustaining serious knee damage during City’s 4-0 win over Brighton before the international break. Widely seen as their best and most reliable defender, this latest blow is unwelcome news for the Premier League champions, who according to an Italian report will respond by reigniting their interest in Skriniar soon. 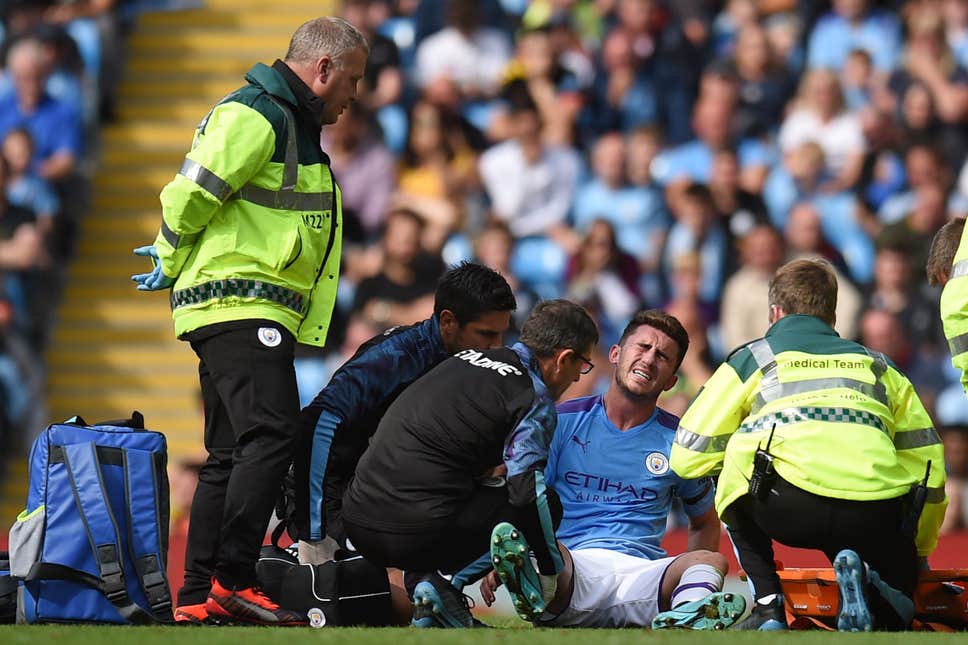 Laporte, who had just received his first senior France call-up, sustained serious knee damage against Brighton and will be sidelined indefinitely

Skriniar, 24, joined Inter from Sampdoria in a £30m switch two summers ago and has already attracted interest across Europe with a number of top sides monitoring his situation. Earlier this year, he refuted claims that a big-money switch to City’s local rivals Manchester United was in the pipeline. At the time, he was quoted as saying:

“When some coach like Jose says that he is looking for a player like me or somebody else, it’s always nice, but I don’t know why these rumours continue. I’ve not said anything to anybody, just what you can see on the web.

Even if Jose is one of the most famous, best, greatest coaches in the world, it’s not something I think of because I’m playing for Inter and am happy here.”

This emerged during a key transitional period for United, who had just sacked Jose Mourinho the month before with Ole Gunnar Solskjaer taking over as then-caretaker boss. Having put pen-to-paper on a contract extension back in May, it’s understandable the Slovakian international is genuine about his desire to remain in Italy – where he’s one of the first names on the teamsheet under new boss Antonio Conte.

Stat: Skriniar has made 113 Serie A appearances since debuting in 2015, while last season was his first featuring in both the Champions League and Europa League proper – no qualifiers.

In a market where quality defenders are propelling in market value as there are less available to cope with the ever-increasing demand, Skriniar would easily command a big-money fee. With that being said, it’s more likely that he’ll experience the same fate as Napoli’s Kalidou Koulibaly, who has been continually linked with a move to England’s top-flight in recent seasons.

However, the Partenopei’s valuation of their Senegalese international has not been met and Harry Maguire’s £80m summer move – highest fee for a defender in history – will only make negotiations more difficult.

Nonetheless, Pep has held back on a number of lucrative transfers – namely Alexis Sanchez, Frenkie de Jong and Maguire – which could prove beneficial in the long-run, given the scrutiny their spending in recent seasons has received. Since then, the Spaniard has revealed financial constraints has limited their ability to rival clubs in the window for transfer targets.

Guardiola said: “We could not buy like the opponents or teams offer us or ask for these players. Of course we spent a lot two seasons ago, but last season one player, this season a little bit more, so we could not pay the money wanted.” (H/T: Evening Standard)