Following a fortnight break, the Premier League returns on Saturday. Manchester United host an encouraging Leicester side in one of the weekend’s 3pm kick-offs, eager to arrest a three-match winless run. Read on, for the match preview…

Harry Maguire will feature against his former side, a month after completing a world-record £80m move to the Theatre of Dreams – which broke the highest transfer fee paid for a defender in history.

Naturally he’d be hoping for a straightforward outing but given Leicester’s encouraging form to start the campaign, it’d be naive to expect any less than a hard-fought battle against his former teammates.

They are unbeaten in four league matches to start the 2019/20 campaign, including draws against Wolves and Chelsea, while winning their previous two: Sheffield United and Bournemouth before the international break.

Despite boasting a favourable H2H record against the Foxes, United are winless in three successive matches – a drastic shift from their impressive 4-0 thumping of Chelsea on the opening weekend. A late home defeat by Crystal Palace and draws against Wolves and Southampton haven’t improved spirits, for a United side who are still vulnerable despite their collective quality.

Ole Gunnar Solskjaer is expected to start a weakened eleven on this occasion, given recent injuries sustained in the build-up to a disruptive international break.

England duo Aaron Wan-Bissaka (back) and Jesse Lingard (illness), as well as France’s Paul Pogba (ankle) all returned early from national team duty with their respective issues. As a result, none of the trio are expected to feature unless they complete late fitness tests – though Ole runs the risk of aggravation by rushing them back too quickly.

Luke Shaw (hamstring) and Diogo Dalot (groin) are closing in on returns but the Leicester game should come too early for the pair, while Anthony Martial (thigh) could be a matchday decision to start.

“After the international break, hopefully Anthony will be ready for the Leicester game. Luke [Shaw], maybe another week or two after that.” – Ole before their 1-1 draw with Southampton

Meanwhile, Saturday’s visitors have injury issues of their own too. Brendan Rodgers will have an important decision on his hands regarding centre-back Wes Morgan (back), who is listed as doubtful to feature at Old Trafford. 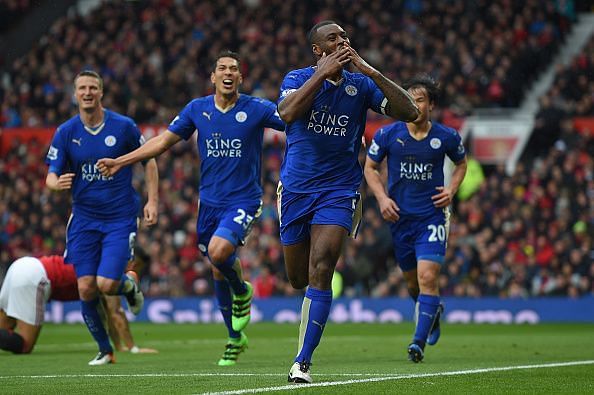 If not deemed fit to start, the centre-back pairing of Caglar Soyuncu and Jonny Evans will presumably start again. 31-year-old Evans will be hoping to beat his former side for the first time at the fifth time of asking.

Matthew James (calf) and Daniel Amartey (foot) are the Foxes’ long-term absentees and do not have confirmed return dates yet.