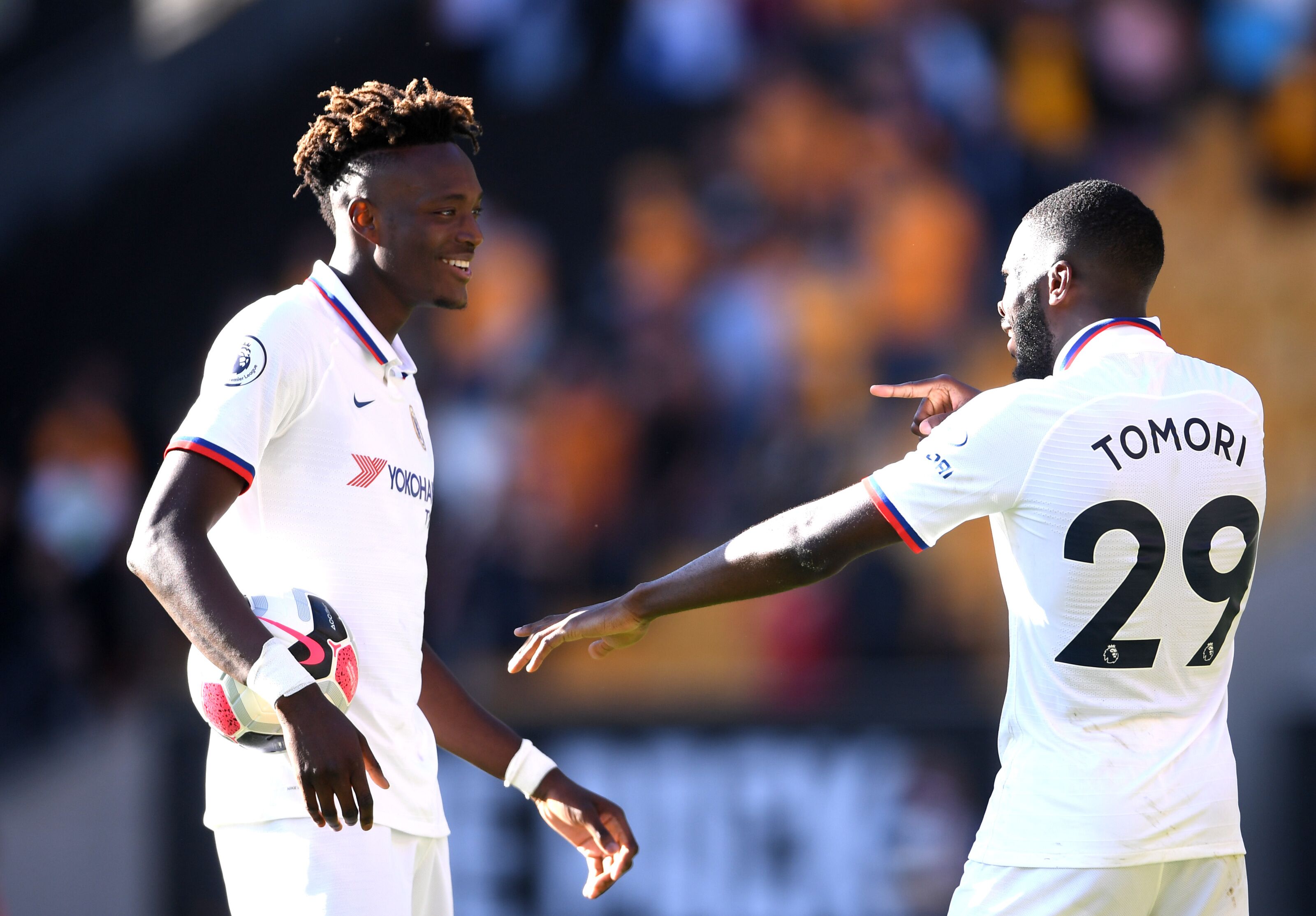 Fresh from scoring a record-breaking hat-trick during Chelsea’s 5-2 win over Wolves this past weekend, the 21-year-old forward revealed he hopes there’s plenty more to come under Frank Lampard this term.

Abraham became the youngest player to net a Premier League hat-trick for the Blues during an unpredictable encounter at Molineux on Saturday.

Having gone out on-loan at Bristol City, Swansea City and Aston Villa over the past three seasons, the England international has been rewarded for his patience with an extended opportunity to feature under new management in west London with Lampard at the helm.

After scoring braces against newly-promoted duo Norwich and Sheffield United before the international break, the centre-forward joined esteemed company with Cristiano Ronaldo and Dele Alli as the only players aged 21 or younger to score twice or more in three successive league games.

Abraham’s hat-trick came after an excellent long-range opener by 21-year-old centre-back Fikayo Tomori, while the Blues also showed their defensive fragility at times – presenting a possibility for an unlikely comeback by their hosts in the second-half.

Incidentally, Tammy made yet more history after scoring an own goal for Wolves’ first before Patrick Cutrone made it 4-2 with his maiden strike for Nuno Espirito Santo’s men.

Post-match, he was quoted as saying: “I hope this is my season. I have to keep working hard in every training session, every game. Every game I want to prove myself to the gaffer.

We were disappointed about the Sheffield United result [they drew 2-2] and not coming away with all three points, so brought that disappointment into this as motivation.”

“We trained really hard since coming back from internationals, were great on the counter-attack and now need to keep pushing forwards.”