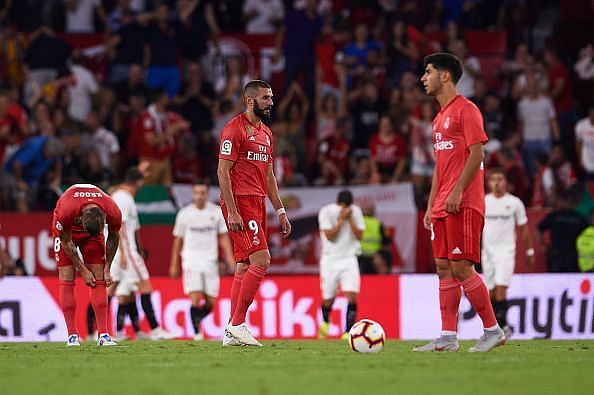 Here’s a look at how the La Liga table can change this weekend from top to bottom, as two of the league’s top four go head-to-head while there’s plenty of movement potential across Spain’s top-flight.

Osasuna recorded their fourth successive draw as they were scoreless against Real Betis in Friday’s only La Liga fixture. With that in mind though, there is still plenty of movement to be made both at the top and bottom of Spain’s top-flight this weekend on matchday five.

Three of the league’s top four are all in action on Sunday, with two facing off against one another in the day’s featured fixture from 8pm – Sevilla host Real Madrid. League leaders face Zinedine Zidane’s Real, who have resembled somewhat of a beaten giant over the past eighteen months.

Their comprehensive 3-0 Champions League defeat by PSG on Wednesday will likely spur them on to respond emphatically away against a difficult opponent, who have not lost at home against them since May 2015 and beaten them in two of their last three meetings. In addition, they’ll welcome back the previously suspended Gareth Bale, who has netted three goals and created two more for club and country this term.

Elsewhere this weekend, defending champions Barcelona travel to Granada on Saturday with both level on seven points after four games. Ernesto Valverde will hope for more involvement from talisman Lionel Messi (calf), stepping up his recovery after injury. He made an encouraging second-half appearance during their goalless UCL draw against Borussia Dortmund in midweek. 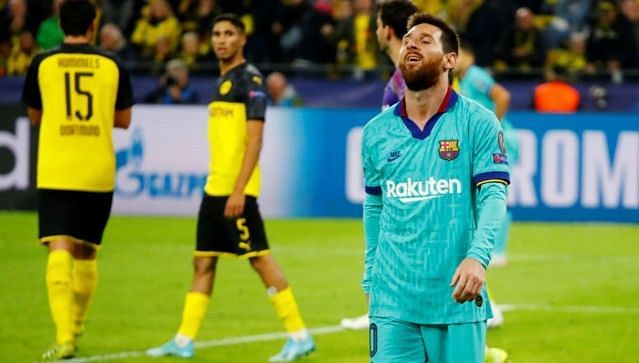 Second-placed Atletico Madrid will hope they return to winning ways, after suffering a 2-0 away defeat by Real Sociedad last week. Their spirited showing on Wednesday, recovering from a two-goal deficit against Juventus, is sure to give them confidence against an unpredictable Celta Vigo side: who only have one win this term but pose a tricky test against the division’s top teams.

Villarreal host Real Valladolid in Saturday’s early kick-off during a battle between two sides both on five points, while Eibar will target their first league victory of the campaign away at Levante later that afternoon.

Getafe too will be hoping they can record their first win of the 19/20 season in Sunday’s early kick-off, as they entertain newly-promoted Mallorca. Valencia and Real Sociedad will be expecting victories to improve their stuttering starts to the new term, while Athletic Bilbao can strengthen their top-four hold with a good result against Deportivo Alaves.

The table, as it stands: