On that weekend they lost to Bayer Leverkusen, who currently sit fifth – but solely on goal difference – as just four points separates Germany’s top ten sides after seven matchdays.

Robert Lewandowski continued his excellent goalscoring tally, with 15 goals in all competitions this term. However just four days after thumping Tottenham 7-2 in north London, Niko Kovac’s men were unable to secure another domestic victory before the international break.

Without further ado, here’s a look at three reasons why Bayern succumbed to their first league defeat of the 2019/20 season: 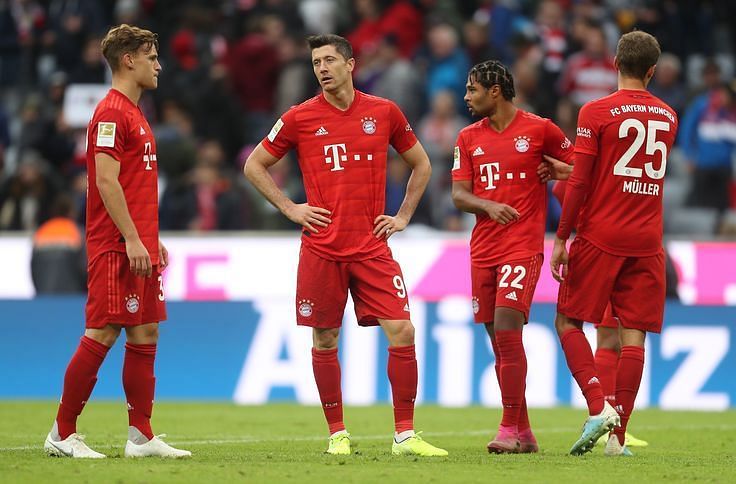 After such a clinical display in midweek, it’s understandable that Bayern wouldn’t have been at their brilliant best infront of goal on this occasion. However, they registered 20 shots during this affair which was more than double Hoffenheim’s eight over the 90 minutes.

The visitors had five on target, which was one more than the Bavarian giants, while utilising their opportunities better to devastating effect. Serge Gnabry had his opener cruelly ruled out for offside in the build-up, before both he and Thiago Alcantara were denied by Oliver Baumann’s timely double save a minute later.

Corentin Tolisso, Kingsley Coman and Philippe Coutinho all had efforts flying narrowly wide before the interval. So by the time Adamyan broke the deadlock, ten minutes after the restart, the hosts would have been right to question their profilagacy infront of goal.

Lewandowski finally got on the scoresheet after 73 minutes, converting Thomas Muller’s delivery from close-range with a chance he simply couldn’t miss, but it was more relief than jubilation as they levelled the scoring. That lasted all of five minutes. Gnabry came close late on, but Hoffenheim held firm to record a memorable win, only the second time Bayern have scored just one goal this term.

#2 Manuel Neuer being beaten twice at his near post 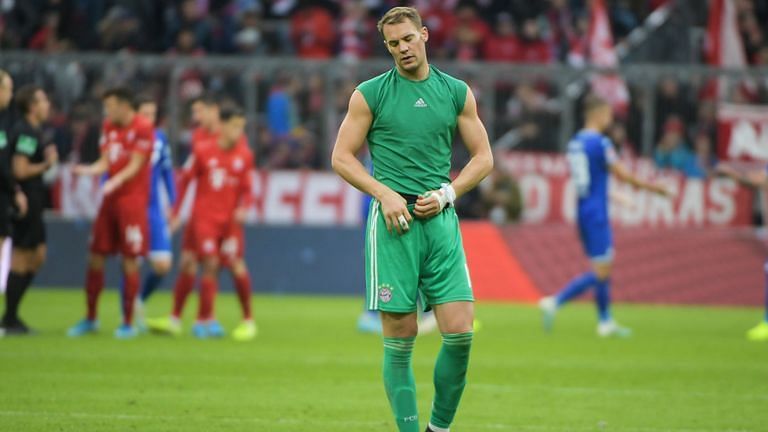 Despite some questionable displays at times, Manuel Neuer has retained his status as one of the world’s best goalkeepers and the 33-year-old’s presence is undeniably a reliable, calming influence on the Bayern backline.

Although he was kept busy and worked hard last time out against Spurs, Neuer will be frustrated with the way in which Hoffenheim scored both goals. The first didn’t look good from his perspective, even though Jerome Boateng was backpedalling and partially obscuring the German international’s view as Adamyan struck goalwards.

Shifting even half-a-step across to his right, as he did in this instance, proved crucial as it meant he was unable to recover in time to dive back quickly and palm the effort to safety. Meanwhile the winner was more of the same, this time with Hoffenheim countering down the left-hand side.

Adamyan took one touch to set himself, evading Niklas Sule, before sweeping goalwards with a ball-watching Boateng not close enough to block or affect his strike in any way. This effort flew into the bottom corner and despite Neuer’s body position suggesting he was prepared for a similar shot to the one previously conceded, you can see he didn’t fully extend his body quickly enough to respond with what would have been an excellent save.

Neuer made three saves, completed 80.8% of his passing and was otherwise solid but in games of such fine margins, his role in both Hoffenheim goals will be rightly questioned. Moreso for their opener, displays like these don’t bode well for a player as outspoken as himself with the upcoming international break. 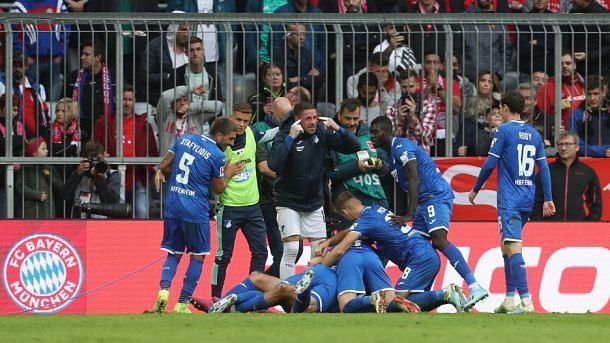 Hoffenheim players celebrate their second goal during a memorable win

Hoffenheim had only won one league this season before kick-off here, so you could excuse the limited optimism surrounding their chances of securing a positive result on this occasion.

However, they were ruthlessly clinical with their chances and made Bayern pay for their wasteful nature in the final third – soaking up pressure well and hitting their hosts on the counter-attack to devastating effect with intricate moves around the area.

For their first goal, Tolisso attempted to do too much in possession and relinquished it after pressure and an important interception from Sebastian Rudy in midfield. Dennis Geiger’s clever pass was met by Adamyan, who squeezed home the opener at Neuer’s near post.

Having done the same for Son’s opener on Tuesday, Tolisso’s mistake here gifted Hoffenheim a goal on the break but there was more where that came from. Second-half substitute Havard Nordtveit pounced on Joshua Kimmich’s lofted pass into Philippe Coutinho, won the ball and advanced up the pitch with runners in support. Robert Skov fizzed a low cross into Adamyan, who made no mistake just inside the box.