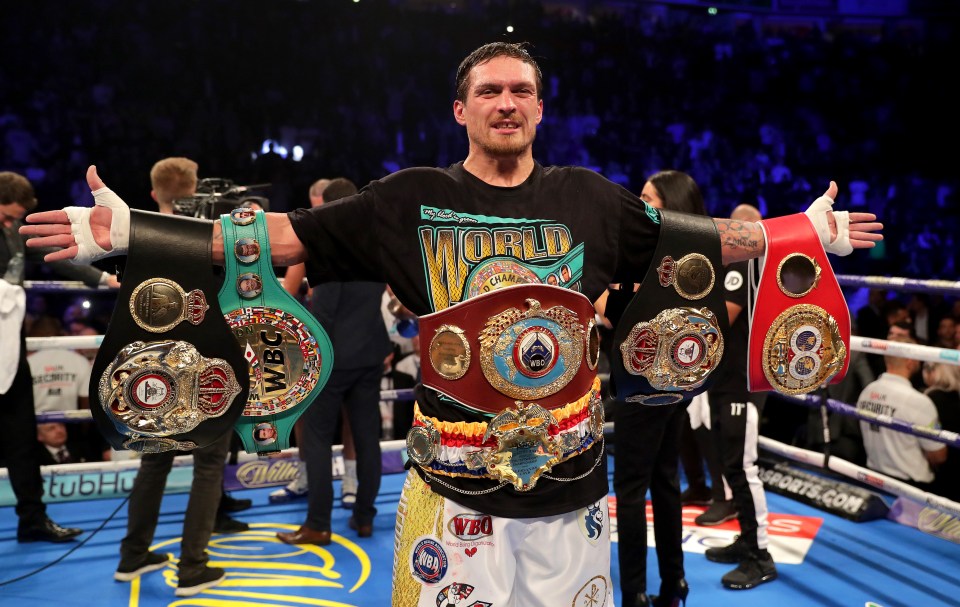 Ahead of his heavyweight debut against Chazz Witherspoon live on DAZN overnight, the 32-year-old Ukranian (16-0, 12 KOs) already has eyes on the division’s big guns with intriguing showdowns to be made in 2020.

Tonight you will have to excuse the flippant, if harsh nature commentators may adopt when addressing Oleksandr Usyk’s debut at heavyweight. This is merely a stepping stone, having confirmed WBC heavyweight champion Deontay Wilder is already in his sights for the new year.

After all, this is a man who reigned the world supreme as undisputed cruiserweight champion from July 2018 until March this year. Becoming the first cruiserweight in history to hold all four major world championships – WBA, WBC, IBF and WBO titles – he left it all behind.

Ranked as one of the world’s top pound-for-pound fighters across multiple ranking boards, broadcasters and media alike, Usyk had no further challengers to steamroll past at cruiserweight – having ended Tony Bellew’s career with an eighth-round KO last November. 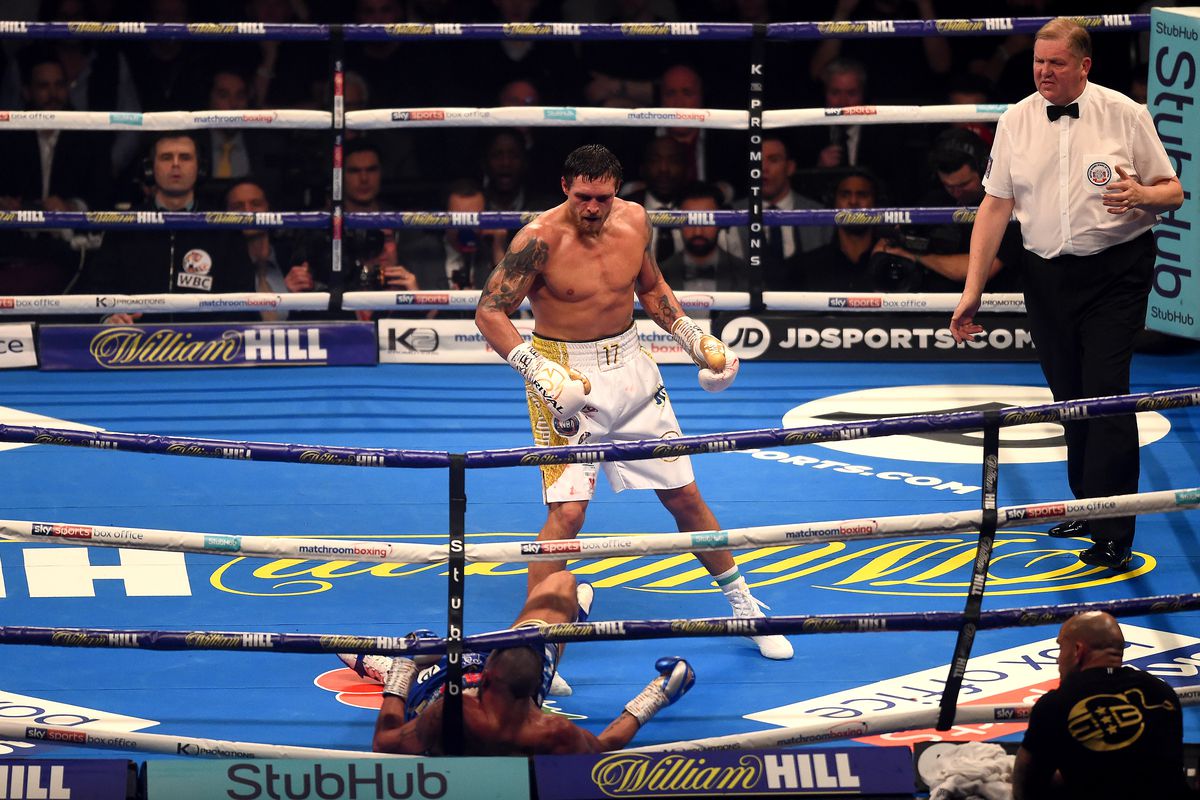 Usyk started well, controlled the fight and secured an excellent R8 KO of Tony Bellew to send the Evertonian into retirement last year

That was his third win of the year, having secured successive victories by decision against Latvia’s Mairis Briedis (January 27) and Russia’s Murat Gassiev (July 21). Unfazed, he challenged the pair in their home countries and won cruiserweight titles with the type of defiance suggesting it wouldn’t be long before he opted for a step-up in weight.

It has been met with both excitement and caution, given Usyk’s frame – 6ft 3in, weighed in at 198.25 lbs and looked superb against Bellew.

Originally scheduled to fight Carlos Takam in May, he pulled out with a bicep injury and has since gained 15-odd pounds for this clash against Witherspoon. Nonetheless, he ranks as one of the division’s lightest men, which presents a double-edged sword given his excellent movement being matched against the strengths of boxers he’s targeting for fights in 2020. 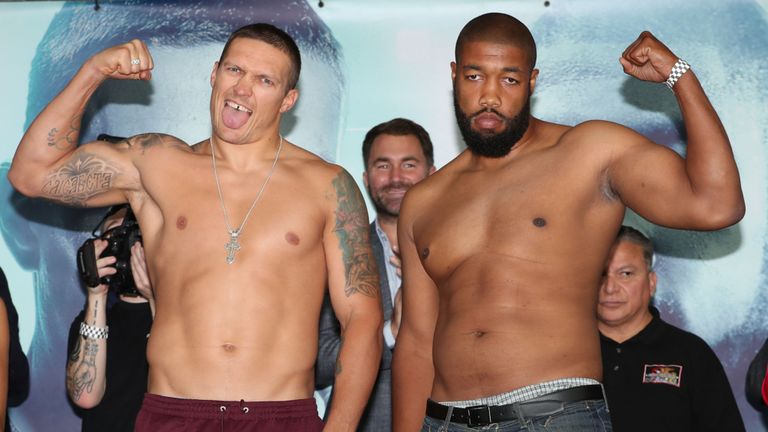 Usyk will fight Witherspoon at his new heavier weight tonight, despite coming in two stone lighter than the 38-year-old American

38-year-old Witherspoon holds a 38-3 professional record, including eight successive wins – though his last meaningful bout ended in a third-round defeat by Seth Mitchell for the WBO NABO heavyweight title back in 2012. The fact he’s a 33/1 underdog for this speaks volumes.

Time will tell, though the future of this division is exciting with matchup potential galore as we prepare to enter a new decade with talent aplenty – young and old – raring to prove themselves.