Tottenham have struggled to start 2019/20, prompting suggestions they have reached their collective peak after four seasons of failed title pursuits and missed silverware opportunities. However, who in particular has struggled this term?

After eleven Premier League games, Tottenham find themselves in an underwhelming 11th – which doesn’t tell the full story given just how inconsistent they’ve been this term.

Just six points separate fifth-placed Arsenal and Marco Silva’s Everton, who snatched a stoppage-time equaliser against Spurs on Sunday afternoon. The result means Mauricio Pochettino’s men have more draws and defeats (both 4) than league victories in 2019-20, which isn’t good enough for a club with their lofty ambitions. 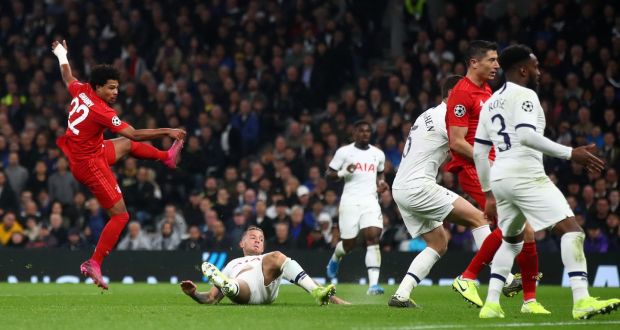 As many key players were linked with big-money moves elsewhere this summer, this squad’s longevity is in question: Christian Eriksen, Toby Alderweireld and Harry Kane among others. With all of that in mind, here’s three players who have disappointed for Spurs so far this season:

Honourable mention: Despite questions over consistency and commitment, it’d be unfair to place Dele Alli in this list.

Considering his struggles with persistent muscle injuries this year, the 23-year-old has played through them at times when he really shouldn’t have. Now finally fit and eager to make up for lost time, he’s already proving criticism of his presence is overexaggerated. 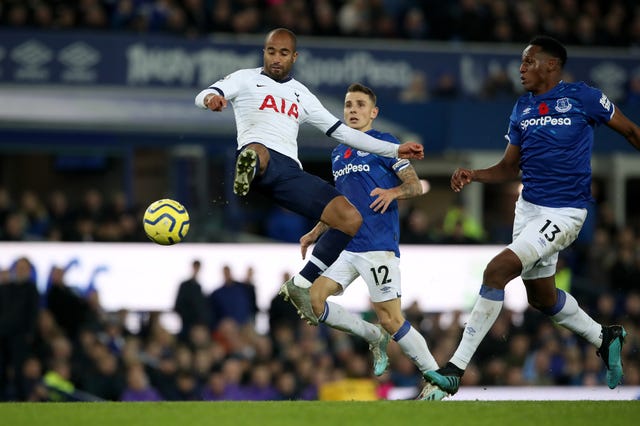 Lucas has struggled for consistency, which is part of the reason he’s not a regular starter

Despite that Ajax display, his hat-trick against Huddersfield and a few more memorable moments besides, it’s been difficult for Lucas to fully integrate at Tottenham.

Ultimately, he wants to develop into a key player under Pochettino – particularly at a time when Harry Kane’s influence in the final third is probably more important than ever – though the Brazilian hasn’t been able to justify a regular starting place.

Billed as someone who providing Spurs with another attacking dimension, the winger-turned-centre-forward has largely suffered from predictability in his play and given his frame, can often prove targeted by opposition defenders prepared for his trickery.

In 72 appearances (48 starts) to date, he’s netted 18 and created seven assists for the Lilywhites but his contributions in the final third are often bloated and don’t tell the full story. His only league goal this term was a header during their 2-2 draw with Manchester City, outjumping Kyle Walker at a corner to flick beyond Ederson.

An excellent UCL strike against Olympiacos on MD1 posed the question: where is he best suited in this Spurs side? That night he started as a right winger but drifted infield to score, though was deployed in a second-striker behind Kane against the Citizens.

It’s unfair to compare him to Kane as the pair are completely different players but is he more a creator than finisher? As evidenced by his quiet display at Everton and more besides recently, he’s not a reliable goalscoring outlet so doesn’t play there usually. If not careful, he’ll turn into an Erik Lamela: promise but inconsistency ruining his progress.

Winks has flattered to deceive too often, not yet justifying the hype in his ability

Two seasons ago, Harry Winks started against Champions League winners Real Madrid in both of Spurs’ Group H encounters and although already an established promising squad member, a star was born.

Solid but unspectacular, his assurance in possession was enough for fans to crown him as their new midfield talent: Jack Wilshere and Steven Gerrard all in one, seeing this freshly-faced Englishman unfazed by playing against the world’s best. He belonged.

Or so everyone thought. He’s been trying and currently struggling to live up to such high expectations since. He made his England debut the following month in a World Cup qualifier and while multiple midfield options were at Gareth Southgate’s disposal, Winks continued to feature high in his plans before an ankle injury derailed his campaign.

Last season it was more of the same, though groin surgery saw him sidelined from March this year onwards. Already you can see a pattern emerging and although he’s been steady, Winks hasn’t kicked on in the manner many expected to – especially after that evening at the Bernabeu.

Not defensively reliable enough to play in a holding role by himself, he often plays too conservatively to warrant more creative responsibility further forward – completely different to Moussa Sissoko, Tanguy Ndombele and Giovani Lo Celso.

His tackling is unconvincing, having already been booked on four occasions in 11 appearances (PL and UCL) this term, while averaging 0.7 key passes and dribbles per game. 1.5 tackles and 1.1 interceptions per game aside, those contributions just aren’t good enough. If you try comparing him to Ndombele and Sissoko for example, you’d further understand the fact he doesn’t do enough to warrant such hype.

Ndombele-Sissoko were preferred to Winks in Pochettino’s 4-2-3-1 on Sunday, proving he’s right to be wary with competition for places fierce as they look to arrest such frustrating form and quickly. He must do more, or face an extended spell out-of-favour – especially with Lo Celso’s return from injury and Eric Dier eager for more minutes.

Rightly held to a higher standard, it’s fair to say Christian Eriksen hasn’t got going yet this season. One of Tottenham’s best and most integral players, it’s no coincidence his dip in form has had an adverse effect on their overall creativity levels but this summer’s transfer saga didn’t help matters either.

Having actively put himself in the shop window, the playmaker was actively angling for a big-money move elsewhere in Europe – citing his desire for a fresh start as the main motivation to depart north London after six years. While Spain is believed to be his priority destination, speculation over his future continued to spill over as the season started on August 9.

Despite inspired displays against Aston Villa and Arsenal, they were sandwiched by some underwhelming performances too – something that has continued, rather than proving little more than a brief blip.

It’s been a sluggish start to 19/20 for a key player and interestingly, he looks a different player when on international duty for Denmark too. That speaks volumes for the situation at hand as suspicions suggest he’s mentally checked out on Tottenham but he and teammates insist that’s not the case. So what’s wrong then?

This season, he’s played in a variety of different creative roles with varying degrees of success. His best position has always been in the number ten role, operating freely and able to link midfield with attack wherever possible.

He’s created 17 key passes in 12 appearances (PL, UCL) this term – compared to seven in three games for Denmark in their UEFA Nations League fixtures. Opposition quality and differing responsibilities are among the factors but when you’re isolated, playing on the left-and-right flanks, you can’t affect the game in the same way.

He’s played right-and-left midfield, a holding central role and further forward as the lone creative midfielder behind Kane, Moura and Son. Being such a focal point is probably keeping him in the team, because when Spurs don’t have possession he’s a passenger.

That much was clear against Everton where he was anonymous, despite covering more ground (13.8km) than anyone else before being replaced. Lo Celso’s return from injury and Eriksen’s dwindling contract situation suggests something will change soon, though this has been a long time coming now.