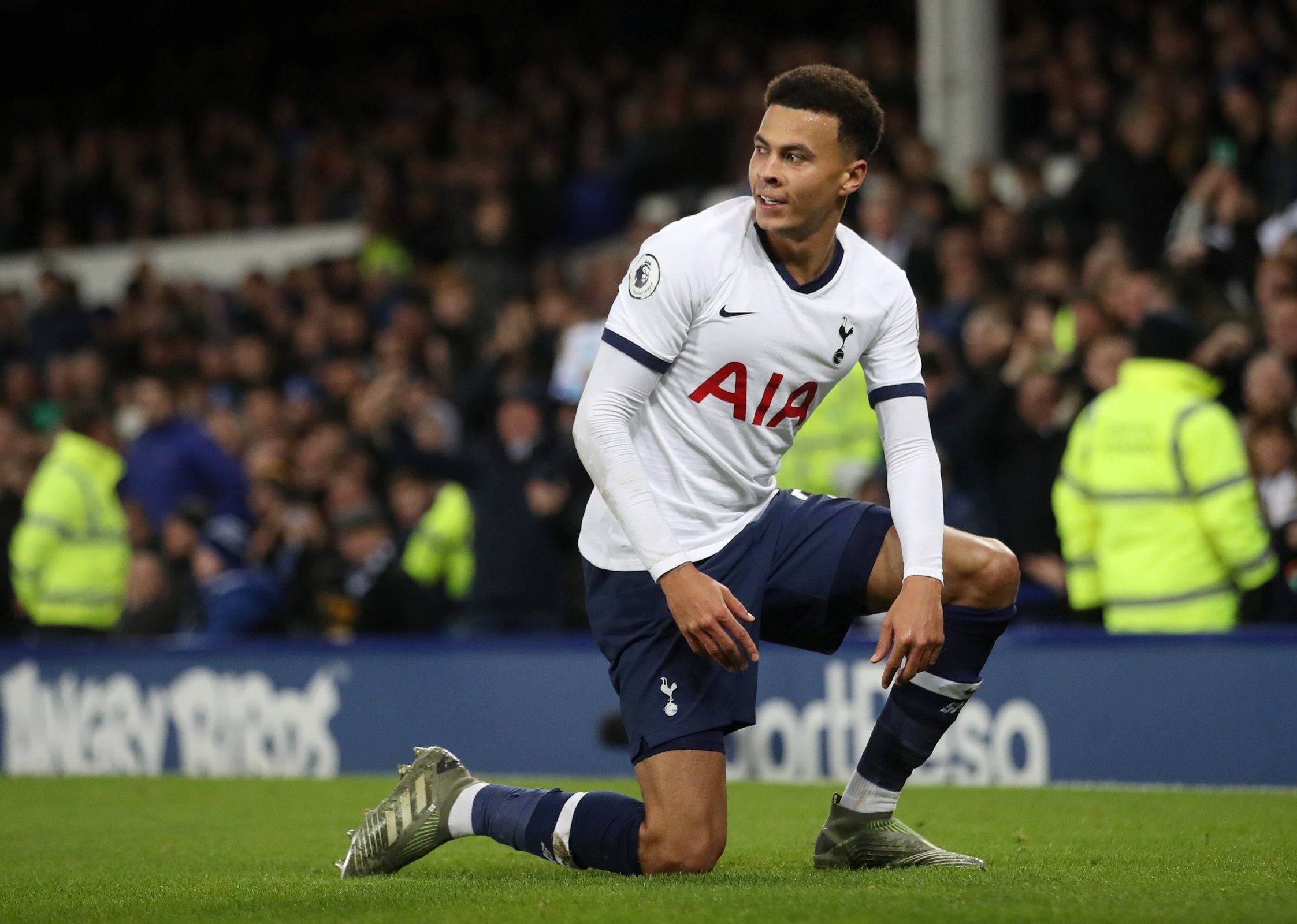 In an unforgiving sport, football’s fickleness and fan entitlement has intensified – both with managers and their players when results or performances don’t match expectations. This weekend’s events saw Tottenham scrape a home draw against Sheffield United, with Dele Alli again a victim of an issue refusing to go away.

Dele Alli and Tottenham Hotspur, a blossoming partnership many could see coming. Having fended off interest from a number of top clubs, Spurs acted quickly to secure the then teenager’s services for just £5m in February 2015 before loaning him back to MK Dons for the remainder of the campaign. Within a year, the freshly-faced Milton Keynes-born midfielder was anointed the crown as Tottenham’s new shining star: as part of a side with the likes of midfield trio Mousa Dembele, close friend Eric Dier and Christian Eriksen while Harry Kane began led with distinction in a lone forward role.

Roy Hodgson gave him his England debut in October 2015, two months after making his Premier League bow but it was obvious the playmaker was destined for more.

Mauricio Pochettino utilised his talents across a variety of conservative and creative roles – holding or defensive midfield, on the flanks and further forward in a number ten position too. Wherever he played, he relished an opportunity to do precisely what he’d set out to: settle quickly among better opposition, establish himself as a bonafide starter and put the Premier League on notice. He was here to stay and flourished:

“It’s a massive club, I’m really happy to be here. I’d love to play for Spurs and at White Hart Lane, it won’t be easy, I’ll have to fight for my place in the team but I’ll work hard to do that.” – Alli after signing a five-and-a-half-year deal in 2015

In 194 matches (168 starts), he has netted 55 goals and created 50 more assists across all competitions for Tottenham since his 15-16 debut campaign. As for England, he has three goals and six assists in 37 appearances (26 starts).

Dele made 72 interceptions in 42 games (PL, Europa League) during his debut campaign in 15/16. Since then, he’s made 140 appearances and completed 74 total since – reiterating his more advanced role.

Considering he’s played in different roles until the last year or so, those goal contribution statistics are impressive for someone with potential to continue improving. After all, he’s still just 23-years-old and armed with Premier League, Champions League experience alongside international pedigree – having featured in Euro 2016 and 2018 World Cup. Fast forward to present day and Alli has only recently recovered from persistent knee and hamstring injuries – that he played through last season – which stalled his progress.

It’s not the first time and probably won’t be the last instance where he does play through the pain threshold with niggling injuries.

He signed a six-year extension deal until the summer of 2024 this time last year, though questions have been asked over his consistency and commitment levels in recent months. With Christian Eriksen, Toby Alderweireld and more refusing to commit their long-term futures to a jaded squad on the decline, Dele finds himself at a crossroads.

Does he shut out the noise, keep his head down and work to prove his worth in north London again? Or take inspiration from Eriksen’s book, actively angle for a European move and take the consequent punches?

Whichever he decides, nothing can be worse than his current situation. Although not all self-inflicted, Dele finds himself at a stage where animosity – at least at club level – continues to grow stronger between himself and club supporters.

I was at Tottenham vs Sheffield United on Saturday and statistically, Alli was their best player – alongside Serge Aurier – before being surprisingly replaced in a defensive change by Juan Foyth after 72 minutes.

Having been to multiple sporting grounds where similar examples occur, I wasn’t surprised. But given recent events elsewhere in north London, this one hit home. Alli has received criticism aplenty for the aforementioned reasons.

Before, during and post-match, I heard multiple fans continually criticising the team’s poor performance. But the main scapegoat was Alli. Using unpublishable words to describe his lack of commitment – supposedly wanting out – being injury-prone, enduring spells with poor form and more besides.

His furious reaction at being replaced spoke volumes just five minutes before George Baldock’s equaliser, though this image emerged on Twitter:

Then 90 minutes post-match, Dele was spotted walking past one of the hospitality suites by some eagle-eyed supporters. They briefly serenaded him with chants and songs before realising he would soon depart into the night.

A cluster of supporters raced up the stairs to meet him, pleading for pictures and autographs. He duly obliged, especially with impressionable children among the first by his side.

Now considering what you know, that a lot of these same fans were all too happy insulting him and his character before meeting him here, how would they have reacted if he wasn’t in the mood to stop? Judging by their angry, aggressive reactions to the lack of post-match food, you don’t want to find out.

This exchange shares parallels with Arsenal’s Granit Xhaka, also in north London. Although their situations are different – Granit more volatile after recent events – I’m still convinced fans in large part would do the same in the presence of a player. What happened to keeping that same energy?

An excerpt from Xhaka’s interview with Swiss newspaper Blick: “Fans are an integral part of my sport and I have a lot of respect for the commitment and hardships fans take to help us players.

Justifiable criticism of them makes you grow as an athlete, the power and energy they put into the game makes every athlete love football even more. But when you get scolded by this very footballing family in times when you are already being attacked massively, it hurts a lot.”

I would usually stress this was the minority of fans, but it wasn’t. Alli’s displays have long divided opinion though with Spurs’ dwindling form in recent months, it feels like those same entitled, fickle fan opinions has influenced others to behave deceitfully, which never ends well. Xhaka’s ongoing situation is testament to that.