Thierry Henry has been appointed head coach of Major League Soccer side Montreal Impact on a two-year deal. The legendary former France and Arsenal striker will look to emulate compatriot Patrick Vieira’s US success after being sacked following a brief, tumultuous spell with Monaco back in January.

Impact have an option in his contract to extend the deal for an additional year to 2022, though it’s likely a move he’ll hope springboards him to further managerial success.

The 42-year-old spent four-and-a-half years with MLS side New York Red Bulls before retiring from professional football in December 2014.

“It’s a league I know well, in which I had some very nice moments. To be in Quebec, Montreal which has an enormous multicultural heritage, it’s extraordinary. I’ve always kept an eye on the club and now I’m here.” – Henry in his club statement

What about his new team?

Having just been dismissed by Houston Dynamo the week prior, Wilmer Cabrera signed a short-term deal on August 21 to succeed former Aston Villa boss Remi Garde. Garde was sacked as the team struggled to assert a playoff position in the Eastern Conference.

As for Cabrera, he suffered a similar fate after failing to deliver a top-seven finish. They lost precisely half of their 34 league games, scored 47 goals and only bottom side FC Cincinnati conceded more than their eyewatering 60 in a top-heavy East.

Results under the Colombian’s management were as follows:

So it’s no real surprise the 52-year-old’s contract was not renewed for another season, especially considering the gap between achieving playoffs and watching from home? Four points.

Ok, but what about that Monaco spell?

Simply put, it was perhaps the right job at the wrong time for all concerned. Thierry was rightly questioned for trying to change too much too quickly and at a stage where Monaco were already in trouble, soon found themselves in a relegation battle.

The fact he won only two Ligue 1 games didn’t bode well for his job security, which continued to worsen on a weekly basis. They only won two from a possible 18 points – Champions League and France’s top tier – in Henry’s first six managerial games. Successive cup wins over lower-league Canet Roussillon and a penalty shootout victory against Stade Rennais in January papered over the cracks, so what happened after two 1-1 draws against Marseille and Nice? They conceded eight against Strasbourg (5-1) and Metz (3-1) which proved the final straw for an increasingly frustrated Monaco board.

As previously mentioned, it seems Henry has taken inspiration from compatriot and former teammate Patrick Vieira’s managerial route to the top. The pair might be just a year apart in age, but the 43-year-old immediately impressed the top City brass after working as a youth coach within their ranks.

He went from strength-to-strength, managing their under-19 and under-23 sides with impressive results along the way as Angus Gunn (Southampton), Olivier Ntcham (Celtic) and Angelino (Manchester City) particularly starred, earning moves elsewhere which has seen their stock rise considerably since.

Eyebrows were raised when he joined New York City FC in January 2016, though he also impressed there too with a transitional side that many didn’t expect to play as they did under his management.

His preferred formation was a 4-3-3 attacking variant, which allowed him to utilise David Villa’s goalscoring prowess to devastating effect with support alongside him in Jack Harrison (Leeds) and Maxi Moralez among those linking up. 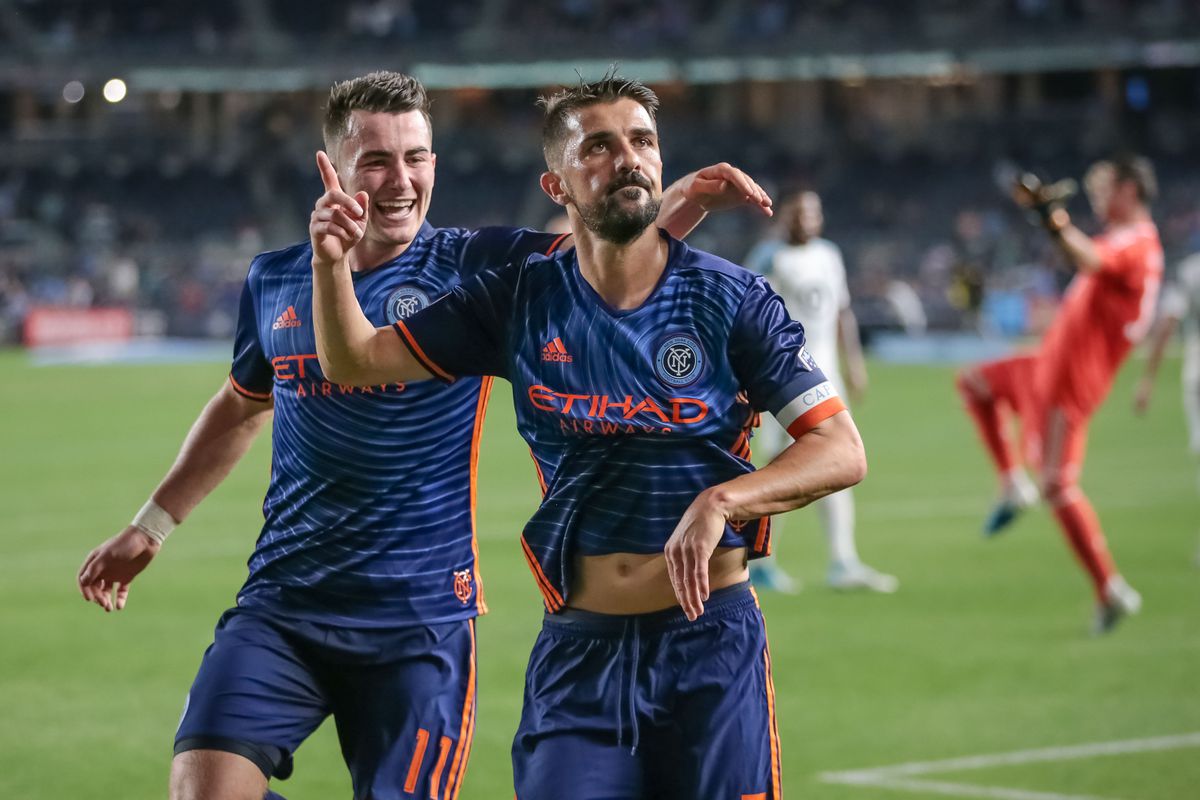 Despite an indifferent start at Nice, where he took over last summer, he’s managed to steady the ship with France’s youngest top-flight club after their previous domestic success and Champions League qualification saw key players poached by European rivals, so consistency became a problem.

His contract there expires in the summer of 2021, while many have already tipped him to succeed Unai Emery at Arsenal and Newcastle were linked this summer among other speculation. That is precisely where Henry wants to find himself in a few years time.