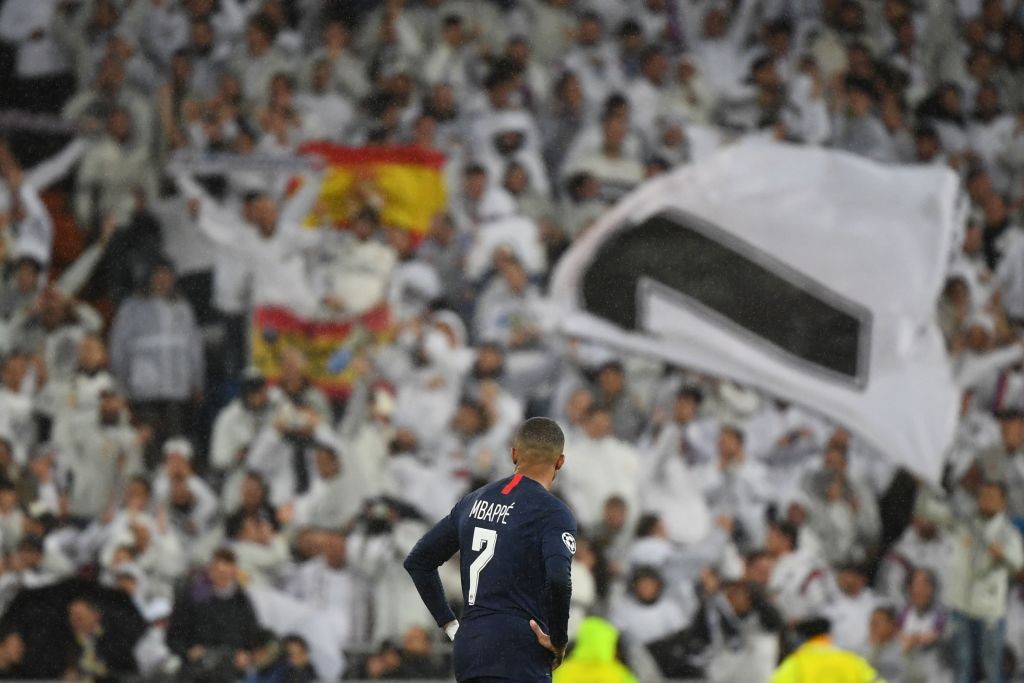 According to Spanish and French reports over the past 24 hours, PSG forward Kylian Mbappe is stalling on the club’s contract extension offer – with the 20-year-old focusing solely on football for the rest of 2019-20 before revisiting his future.

This latest development will come as welcome news for Real Madrid, who remain frontrunners for the World Cup winner’s signature and know he won’t come cheap either given Juve’s interest last year.

Mbappe grew up as a Madrid fan and despite enjoying trials with the Spanish giants – among others during his early teenage years, opted to remain among home comforts at Monaco: where he flourished upon a memorable breakthrough campaign in 2016-17.

READ: Kylian Mbappé – Why does everyone want the teenager so much?

At PSG, he has netted 70 goals and created 36 more in 100 appearances since completing a £130m move in August 2017, where he was signed on an initial season-long loan deal to accommodate them breaking the world transfer record for Neymar that same summer.

His 100th appearance was against Real Madrid themselves, where his close-range finish proved pivotal in helping them recover a two-goal deficit late on in their Champions League clash on matchday five last week.

Mbappe was one of few positives for PSG in an unlikely comeback, drawing 2-2 at the Bernabeu

READ: 5 talking points as Mbappe, Sarabia save point for PSG vs. Real on UCL MD5

Mbappe’s agent is yet to respond to PSG’s contract extension offer – which is believed to match his weekly wage packet to that of their other superstar, Neymar. The club are increasingly aware of this situation and how failing to appease the 20-year-old could prove catastrophic in the long-run, such is Real Madrid’s interest in him.

Real boss Zinedine Zidane reserved praise for his compatriot before their Champions League MD5 encounter intensified suggestions that a world-record move could be on the cards for Kylian, either next summer or at some stage in 2021.

Despite Marquinhos and club manager Thomas Tuchel’s attempts to downplay Zizou‘s blatant courting of the forward, Zidane’s presence at the Bernabeu could go some way to justifying him angling for a move.

They were eliminated by Real in 17-18, Manchester United completed a seemingly improbable comeback last term and despite an impressive start to 19-20, there’s a sense history could repeat itself for PSG if they allow themselves to be sidetracked by off-field issues – especially given the lack of competition in Ligue 1.

His existing deal doesn’t expire until June 2022, meaning there’s still ample time for the two parties to agree terms on an extension – but the longer things are drawn out, the more they’ll be worried his head has been turned by a club he’s already admitted his admiration for in the past.