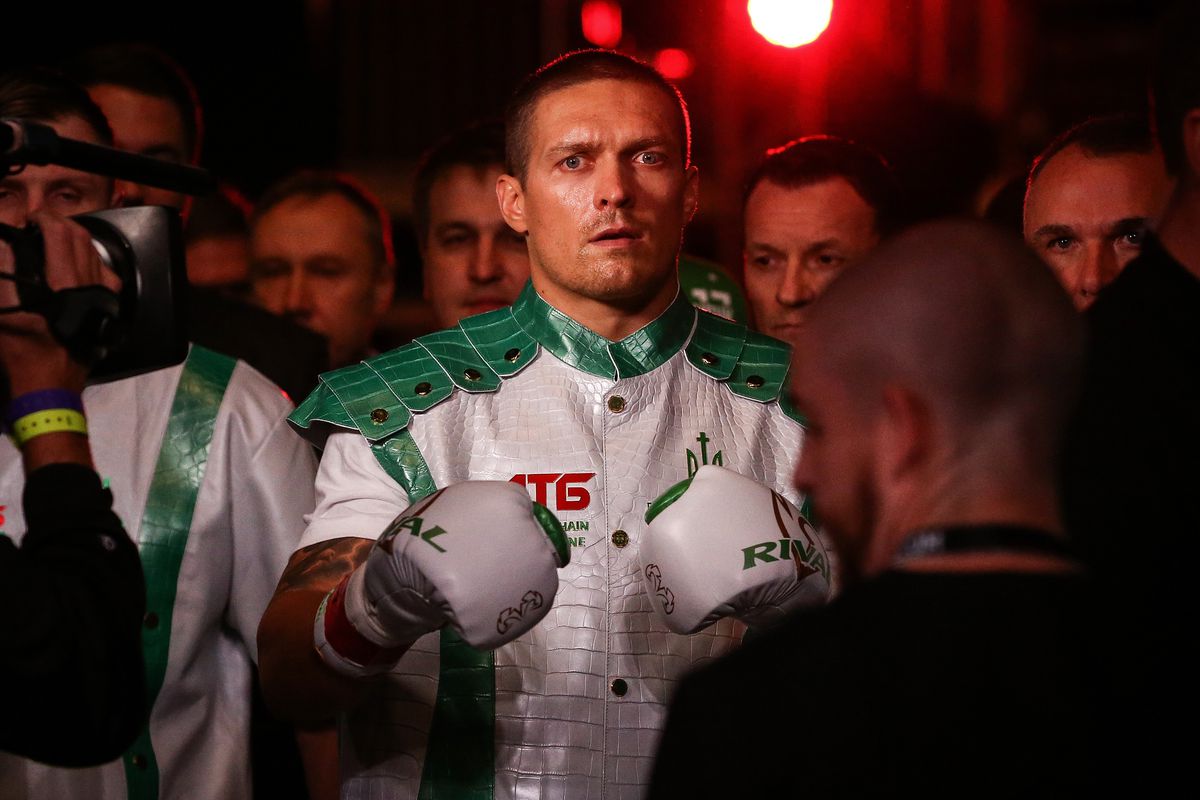 Fresh after exacting revenge on Andy Ruiz Jr during their rematch, there’s no rest for Anthony Joshua: WBO president Paco Valcarcel confirmed post-fight he must defend that title against mandatory challenger Oleksandr Usyk within the next 180 days, or vacate.

Usyk was the world’s undisputed cruiserweight champion up unti last year, where he vacated those belts before opting for a weight increase – into the heavyweight division. WBO rules state their champions are automatically elevated to mandatory challengers once moving up in weight, meaning AJ must defend his title before June 4, 2020.

Valcarcel said: “Clash of the Dunes is over… now clash of mandatories will be next. WBO challenger Usyk within 180 days.”

Having become two-time world champion, fights with Deontay Wilder and Tyson Fury remain possible in future. The pair are set for a rematch on February 22, meaning Joshua would have other challengers vying to face him early next year regardless.

His IBF mandatory, Kubrat Pulev, has been biding his time for an opportunity to face Joshua too. The pair were scheduled to face off on October 28 two years ago, only for the Russian to pull out late through injury, with Takam ultimately a credible replacement.

So, how has Usyk been doing recently?

The highly-rated Ukrainian beat Chazz Witherspoon (38-4, 29 KOs) in his HW debut on October 12, as the experienced American retired in his corner after seven rounds.

His heavyweight bow was originally slated for May 25, though prospective opponent Carlos Takam – who lost via a tenth-round TKO against Joshua two years ago – pulled out through a bicep injury. The date was rescheduled for August 22, but promoter Eddie Hearn revealed during an interview that bout would no longer take place.

Tyrone Sprong (14-0, 13 KOs) was next in-line, though he tested positive for a banned substance and Witherspoon emerged as a last-minute replacement.

After beating Murat Gassiev (26-1-1) in last summer’s World Boxing Super Series cruiserweight final, most UK fans will know him as the man who excelled against Tony Bellew during the Evertonian’s final fight before retiring last November.

This was his first bout in the country, earned him plenty of new admirers and making the step-up to heavyweight makes sense considering he’s cleaned out the cruiserweights. 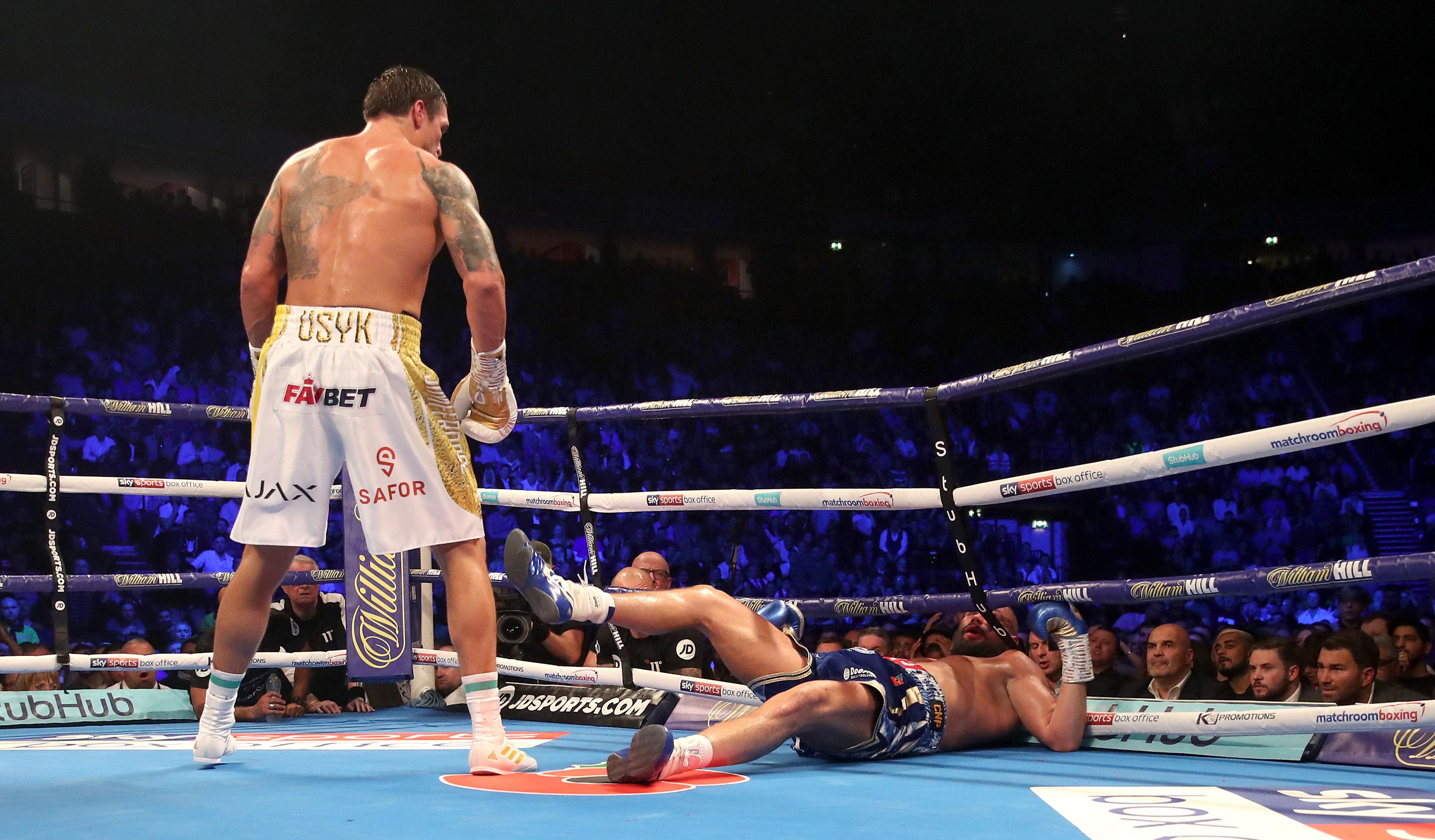 Thoughts from Bellew and Joshua alike

Last November a few hours after his defeat, Bellew was asked who would win in an encounter between AJ and Usyk. During an interview with iFL TV, he said:

“I think the big man [Joshua] is just too big and strong. [Usyk] would give him problems for five or six rounds, but he would come through. You have to understand, AJ is a machine; a big man who’s going to keep coming.

I don’t think he’s [Usyk] going to be able to deter him. He does have pop, he does pop them to get your respect. But let’s be honest, I’m a cruiserweight – you can’t keep up with those giants.”

Granted, that was 13 months ago now and Bellew is a friend of Joshua – but is that a fair assessment? Would his view still be the same now? Questions have rightly been asked with regards to Usyk’s suitability at this weight class and perhaps throwing him in at the deep end against AJ could prove a double-edged sword.

The sense of invincibility is gone from the Brit’s perspective, though he’ll also have physical advantages in comparison to Usyk. Whether he can utilise them effectively remains to be seen, against one of the world’s best pound-for-pound boxers.

Having lost the rematch by unanimous decision, Ruiz Jr was quick to call for a trilogy fight post-match, though Joshua played it down when speaking to BBC 5 Live – aware of his tricky mandatory situation at present.

When asked, he said: “I don’t know, I don’t want to talk too much. A big mouth is not what people respect, whatever we can do, I will do.

Let the fans decide – we are up for anything, I’m made for this stage. Look at this, a purpose built stadium for a purposeful night tonight.”