Schalke’s talented creative midfielder Amine Harit has today put pen-to-paper on a contract extension which ties him down to Gelsenkirchen until the summer of 2024.

Barcelona and European champions Liverpool were both said to be interested in the playmaker’s services, tracking his progress. This extension doesn’t mean their interest – or that of other European clubs will waver – but strengthens Schalke’s stance as they aim to avoid old mistakes, where they let key players’ contracts run down.

He had this to say: “I’m so proud to announce my contract extension! I am very grateful to the club and the people in charge for keeping, believing in me even in difficult times. I would like to continue repaying this trust.

From the first day, David Wagner explained what role I play in his plans and how I can help the team. That gave me huge self-confidence. Without him, his coaching staff and the rest of the team, I would not have made such positive progress.”

Harit, 22, had eighteen months left to run on his existing deal – having joined for £8.5m from Ligue 1 side Nantes in July 2017. He enjoyed an excellent first campaign among Germany’s top-flight, where he scored three goals, created seven assists and made 35 appearances across all competitions.

Awarded the league’s Rookie of the Year accolade for his seamless transition as part of a resurgent Schalke side, the 2018-19 campaign was a forgettable second campaign for the Morocco international.

What happened to Harit and Schalke last season?

From a second place finish in 2017-18, S04 flirted with relegation before ultimately finishing 14th – Domenico Tedesco’s dismissal in mid-March allowed interim boss Huub Stevens an opportunity to propel them to safety. But they largely had to do so without one of their key men.

As quoted by French newspaper L’Equipe (H/T: Daily Mail), he said: “The shock! I stopped 100 to 150 metres from the accident because I could hardly realise it. I waited for the police, I was in shock – it was the worst moment of my life.”

How has he recovered since?

Despite some rocky moments since the horrible accident, Harit has emerged a better person from his troubling experiences – maturing both on and off-the-pitch, especially after the news he became a father of a baby girl in May.

This term, he has netted six goals and created five assists in 16 matches – often operating either as a left-sided winger or in his favoured role as their bonafide number ten. 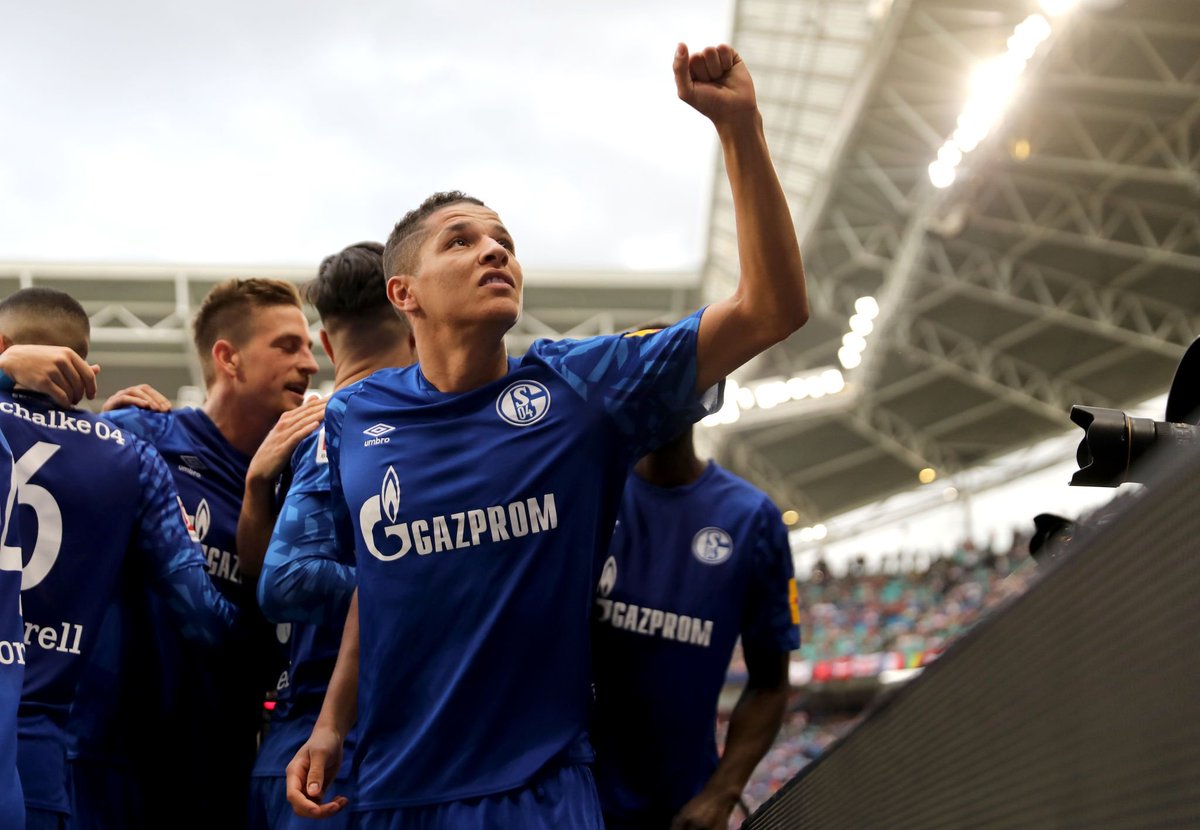 Harit celebrating with teammates during their win over Leipzig, where he scored again

His contributions have been key for Schalke this term, who look a team rejuvenuated under David Wagner’s management so far this season. He was their matchwinner in successive games against Mainz and RB Leipzig back in September, while goals against Augsburg and Werder Bremen helped them to slender wins last month too.

Despite missing the most recent AFCON qualifiers, he appears to be back among the selection fold for Morocco too – having featured in three friendlies since 2019-20 started.

This news is certainly positive for Schalke fans, who know the big clubs will came calling should he sustain these levels of creative production – but equally, he’s earned this ever-increasing reputation in Europe too. Provided the team perform to their full potential, they shouldn’t need to worry about him in the short-term which is one less worry.