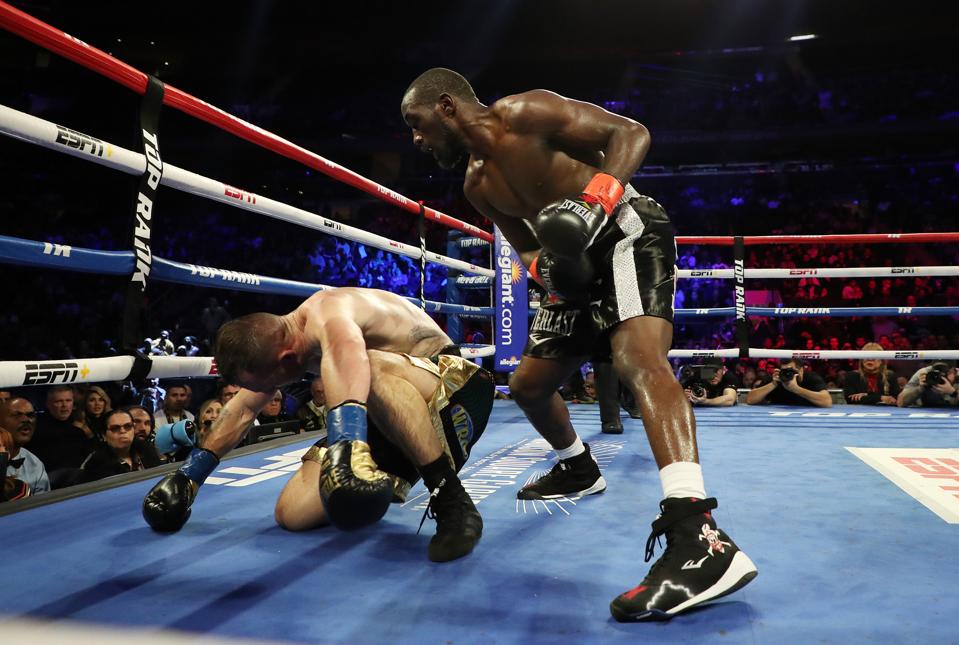 Plenty is said about who the true #1 in boxing’s pound-for-pound rankings is, which tends to fluctuate every other week. The fact this fight was relatively lowkey and missed many’s sporting radar meant Crawford was expected to cruise to victory ahead of 2020.

That was far from the case. As he stressed to Max Kellerman earlier this week, Crawford would have been silly to overlook Kavaliauskas’ ability – even if his Lithuanian challenger wasn’t well-known by most casuals watching.

After all, he’s a two-time Olympian with nothing to lose. So on his 14th world title appearance, Terence – a three-weight world champion – wanted to send a message. One to prospective opponents, critics who bash his record (discrediting those he’s blitzed in the past) and more besides.

Starting in a southpaw stance, R1 didn’t feature a lot of noteworthy action but it was quickly clear that Kavaliauskas wasn’t there just for a paycheck – he wanted to stun MSG with a memorable win. In pursuit of the champion, he threw some decent straight lefts to the hand and body, though was clearly getting countered when doing so.

R2 was another cagey affair, though Kavaliausakas started purposefully and landed the better punches when the pair burst into exchanges. He buzzed Crawford cleanly with a counter right-hand to the jaw and although the American absorbed that shot, it was a timely reminder this bout wasn’t going to be one Terence could breeze through either.

Kavaliausakas (17-0) was undefeated for a reason and as time wore on, he grew in confidence – enthused by Crawford’s unconvincing start – justified by his questionable movement and decision not to change to an orthodox stance. Landing good combinations while remaining patient and methodical, his right hand continued to prove problematic as the Lithuanian’s timing was excellent.

He rocked Crawford with a bruising right hand in R3, which left the champion down on the canvas moments out of the clinch. The referee ruled it a slip, but that was clearly a knockdown and one which saw the underdog’s chances increase as the crowd’s early restlessness had been replaced with eager anticipation. A real brawl was beginning to brew.

Both men landed bruising shots, but the challenger started brilliantly to stun Crawford

Crawford clearly seemed uncomfortable in the southpaw stance and was worryingly easy to hit from the champion’s perspective – something the Lithuanian was aware of and looked to duly take advantage with scores seeming finely poised after four rounds.

Deep down, Crwaford knew he needed an intensity increase. Round five was the perfect time to do so, having weathered the storm before advancing forward with vicious shots of his own.

Straight rights, left hooks and pushing the pace – despite dangerously leaving his head open to countershots, it was almost bizarre to see him engaging so defiantly, inviting pressure on himself to inflict it back twice as hard.

Nonetheless, he relished the challenge. Crawford was suddenly getting his fast-paced rhythm going and Kavaliauskas’ early success started to become too predictable against an adaptable champion whose shot defence ensured he kept his distance well.

Terence defiant in attempts to prove a point

In R7, Kavaliauskas went down after landing a flurry of shots to the head and body. Crawford did well to connect with some big shots of his own as they traded blows, before Terence unleashed one so fierce the Lithuanian shifted back towards the ropes.

At this point, it seemed like delaying the inevitable. Kavaliauskas was valiantly landing combinations of his own but instead of doing significant damage, it only seemed to anger Crawford further. 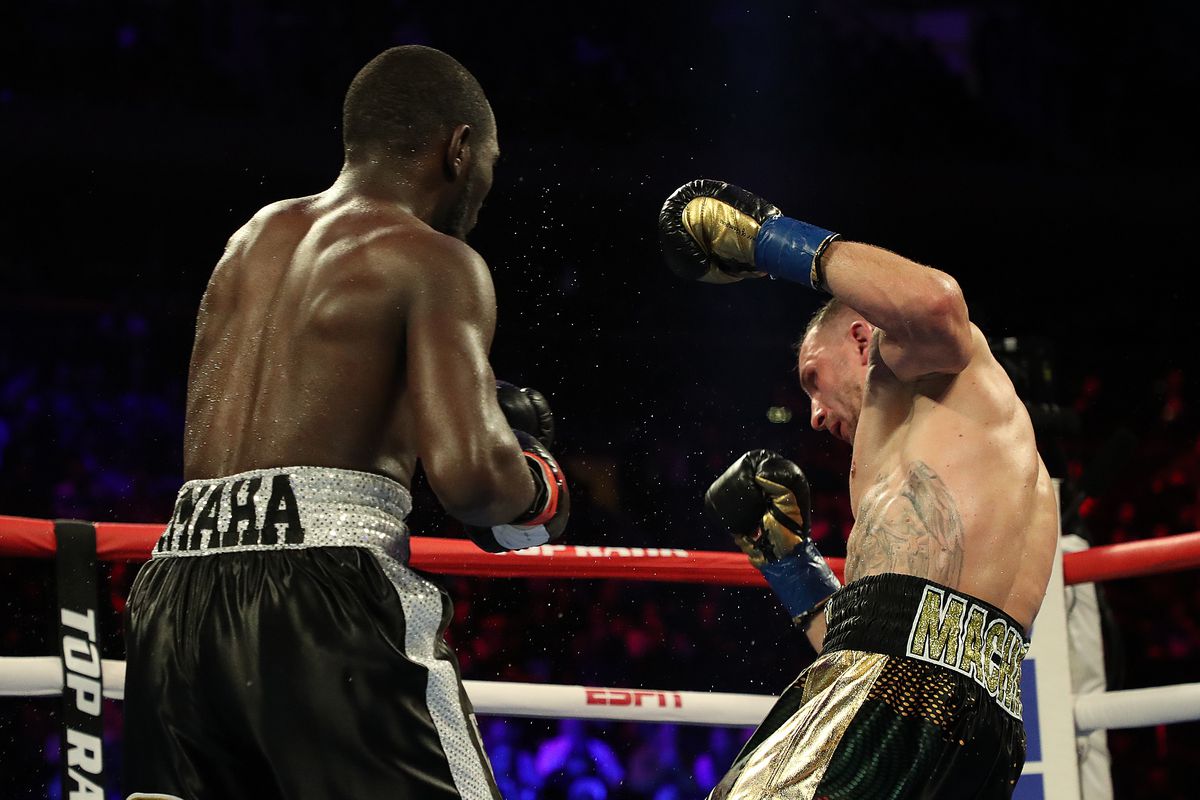 Despite an early scare, Crawford responded with brilliant combos and a devastating KO

He let his hands go with a bruising combo which sent him to the floor and having beaten the referee’s ten count, he also did well to survive a spirited Crawford attack as the bell sounded. For someone who struggled to get going early on, Terence was well and truly awake now.

Having landed high volume shots for seven rounds, R8 was understandably slower pace – especially after Crawford’s fatigue dump just minutes earlier. You could hear the crowd chanting for the American, by which time things felt more like a matter of when, not if, he would retain his title.

Sensing wounded prey, Crawford immediately went to work in R9 and landed brilliant shots for which Kavaliauskas had no answer. A devastating uppercut sent the Lithuanian tumbling and despite doing well to beat the count and continue, it was futile by this stage. Crawford persisted with his onslaught and the referee duly stopped it after a beautiful right-hand landed flush.

It was all over and despite an intriguing fight where Crawford’s resolve was tested against a man with nothing to lose, he showed great patience and a champion’s mentality to welcome the challenge – facing it head-on – before emerging with more plaudits for it.

When questioned about the third-round near-knockdown, he said: “I wasn’t hurt at all, I got up and went straight to him. I wasn’t hurt by no means, I walked through everything he threw all night.”

On how the fight went from his perspective: “I thought I had to entertain y’all for a little bit – this loves Christmas. He’s a strong fighter, durable, and I thought I’d give the crowd something to cheer for…

I wanted to give the crowd a KO, when I started letting my hands go, I started landing more total shots and I thought I’d give the crowd something to cheer for when in a similar precarious situation a few years back!”

He has repeatedly stressed his eagerness to fight those top guys within the division, otherwise there’s no reason for him to wait around.

“I’ll fight anybody. I’ve been saying that for I don’t know how long. I’m not ducking anyone on the PBC side or Top Rank platform. I want to fight all the top guys.”

Time will tell, but the signs are encouraging.